Between Labels: Living neuro-confused in a neurotypical world 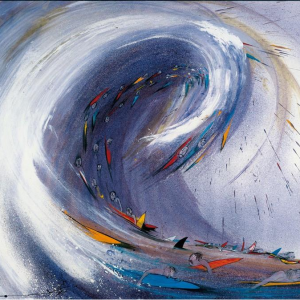 Somewhere between the autistic and ADHD worlds is where her existence lies, a flux brought on by gender stereotypes, label stigmas, and a reluctance for patterns to change. The rules were written long before her birth by those who have never lived in either place.

Knowing for sure would feel like putting the perfect title on a book– the words were written all along. Hiding allows her to remain safe from all of those who don’t know– they don’t know her truth.

They don’t know how much she struggles with the right words. She is accused of being too blunt after working so hard to get it right. She pushes those feelings down.

She finds respite in nature, often losing track of time, admiring the intricate patterns of a leaf, watching sand fall loosely through her hands, or absorbing the rhythms of the waves rolling in. They don’t understand the beauty that comes with this world- success, money, and social status are more important to them. So she keeps it to herself…

She is beginning to find a kindred to accept her “quirks.” Would they accept a label? The absence of one? Is she enough? So she stays quiet.

They don’t know when it gets to be too much, she runs or tries out the latest bourbon. Eventually it will catch up. For now…she pushes it all down.

She cries herself to sleep at night worrying for her child. They say it’s something that all mothers do. They don’t know the guilt she feels because he is just like her.

His sensitive spirit struggles when it is all too much. The world needs to see his true beautiful soul – not what others project on to him. So she cries until someone sees her, then she takes a breath and pushes all those tears of guilt down…

They say everyone has trouble with phone calls. They don’t know that she writes down exactly what she needs to say- each and every time. She pushes those feelings of inadequacy down.

She’s grateful to live in a sunny place where she can hide behind dark sunglasses. They don’t know that she is protecting her eyes from more than just the sun’s rays.

No one knows that she often wonders when it’s all going to fall apart. She feels like she’s barely holding her head above water most days.

As a professional she hides– parents would say she is not like their child. Yet their child stares at her eyes and into her soul as if meeting a long lost friend. Their child sees her for what she is.

She pretends she doesn’t like to cook and often makes jokes. In reality, the attention span required is just too much. The old gender stereotype reveals its ugly head more times than she can count. So she pushes that feeling down.

A stranger at a party said she could be a comedian– she laughed it off. She’s just overly honest sometimes. She pushed those feelings down, too.

They don’t know how she feels like a fraud. Her job is to help others remain calm, but she is unable to do it for herself.

They invite her out, but she frequently declines. All the parts, pieces, and feelings in a large group stick to her body like glue. She’s exhausted and needs to sort out all the pieces. They just don’t know so she pushes the frustration down.

She tunes out more often than she connects. The sights, sounds, smells, and even the wind blowing can take over her brain. She feels all the things and it’s usually too much.

They say everyone struggles and her faults are due to being a young working mom. They don’t know it was always like this.

She doesn’t invite close friends over because she’s ashamed of the disorganization. She doesn’t know where to start, and so she hides.

They don’t know her love of the water. She often dreams of laying in the ocean with the waves flowing past to soothe her soul.

She’s a person between two neurodivergent worlds and not sure if she fully belongs in either. It is as if she belongs nowhere and everywhere at the same time. She pretends in one world and isn’t fully validated in another. She pushes the doubt and frustration down.

She tries to pour her feelings out on paper. The words are inadequate for the visions and feelings inside. So she continues to hide…

She can sense the storm brewing inside. The emotions spew forth with the fury of a massive thunderstorm on a hot summer day. The tears and anger cleanse her soul as it flows through her body. Just like wind blown trees are a new beginning in the forest, she too will begin again. Until they learn her truth and accept her for who she is, the energy will build like warm humid air on a hot summer day. 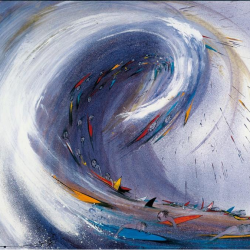 Latest posts by hiddenamongstthecrowd (see all)