There is a point of con­tention in the autism com­mu­nity, not to be con­fused with the autistic com­mu­nity: aware­ness versus accep­tance. Which of these do autistic indi­vid­uals truly need?

Being aware of some­thing means drawing your atten­tion to it. In the med­ical com­mu­nity, aware­ness is asso­ci­ated with action. Breast Cancer Awareness aims to find a cure for breast cancer. Suicide Awareness strives to bring an end to sui­cide. Diabetes Awareness hopes to develop a cure for dia­betes.

Autism Awareness is asso­ci­ated with the desire to cure autism. This is prob­lem­atic for two rea­sons. First, the cure for autism does not and never will exist. Second, even if it did, a large por­tion of autis­tics would not be inter­ested in it.

Autism is not a dis­ease. Autism is essen­tially a less-common brain type. It would be impos­sible to cure indi­vid­uals of autism without changing key parts of who they are.

I spoke with sev­eral autistic indi­vid­uals and par­ents of autistic chil­dren. The fol­lowing is what they had to say:

I can’t stop being me, and wouldn’t want to stop being me. The sug­ges­tion that we would need a cure hurts because that’s what it seems to imply- that we shouldn’t be who we are.

I wish it were easier for my daughter to pick out clothes that don’t cause her dis­tress. I wish finding food that she enjoys were a more simple task. I wish she didn’t get easily over­whelmed by change and over­stim­u­lating envi­ron­ments. But, I love her beau­tiful mind. I love that she is truthful and ana­lyt­ical and pas­sionate… would I like life to be easier for her? Absolutely. Would I take away her strug­gles at the risk of destroying her strengths? Absolutely not.

I think this is based in some­thing I heard some­where, but if you made my autism go away, you’d make me go away.

When a bril­liant writer, painter, or dancer is dis­cov­ered, we don’t judge them by their lack of interest in eco­nomics. Autistic minds are selec­tively bril­liant and, rather than focusing on their weak­nesses, we should be drawing out their tal­ents.

But what about people with “low functioning” autism?

Many people believe that while those with “mild” autism might not need a cure, those with more “severe” cases do. One problem with this line of thinking is that a per­son’s place on the autism spec­trum is not linear.

A child entering therapy for autism might be con­sid­ered “low func­tioning.” Perhaps they have yet to toilet train at the age of five, have lim­ited con­ver­sa­tion skills, and are not pro­gressing at the same rate as their peers aca­d­e­m­i­cally.

After receiving occu­pa­tional and speech therapy, they may make huge strides in these areas. It is not that the child is inca­pable of learning; the child simply needs to be under­stood and taught in alter­na­tive ways. Once they have acquired new skills, they gain a new func­tion label: they move from the per­ceived “severe” end of the spec­trum to the “mild” end.

But, in this sce­nario, the autism did not change.  The accep­tance and teaching methods did.

This tells us that if we were to somehow “cure” those with more [per­ceived] “severe” cases of autism, we would poten­tially be rob­bing them of the life they could build for them­selves as an autistic with proper accom­mo­da­tions. We would be need­lessly altering a core piece of their iden­tity.

The second and per­haps more impor­tant problem with seeking a cure for autism is that even those con­sid­ered “low func­tioning” are valu­able human beings exactly as they are. They do not need to be improved upon in order to be worthy and autonomous indi­vid­uals.

I’m low-functioning. My autism is “severe.” My house is always a mess, my hus­band picks up a lot of my slack, and I have a hard time going out in public due to sen­sory issues. I’m a great mother, but I have help with child­care, too.

There are times when I can’t speak, and if I do, what comes out is gib­berish. My exec­u­tive func­tion is so low that some­times the steps to com­plete the most basic of tasks, like paying a bill or sending a text, are over­whelming beyond my capacity.

Yet, I run one of the most pro­lific non-profit dis­ability web­sites in the world. In some ways, the rest of the world is low-functioning com­pared to me. And that’s okay. It should be okay that I am really good at a few things and ter­rible at every­thing else.

But, given room to be who I am, there are many people depen­dent on me. Inter-dependence is not inher­ently neg­a­tive. It should be a point towards which we all strive, to con­tribute according to our ability levels and strengths.  I use my strengths to bol­ster others who lack those spe­cific skills, just like others help me in the same way.

The end product is better than what any of us could’ve cre­ated on our own.

— Terra Vance, founder of The Aspergian

My daughter being non­speaking and aggres­sive at times during melt­downs is hard on both of us, but she is also her own unique person, and I lit­er­ally couldn’t pic­ture her without autism. If they devel­oped a cure for Autism I would prob­ably imme­di­ately say no. So many of her autistic traits are what I love so much. I wouldn’t want to lose her energy or zeal for life… I feel so strongly about my baby. She’s the best.

My autistic chil­dren are exactly who and how I could ever want them to be. It is as the allistic cul­ture crashes into them, and they into it, where the gap lies that absolutely needs extra con­sid­er­a­tion, accom­mo­da­tion, & mod­i­fi­ca­tion so that these amazing beings get a chance to con­tribute to the world at large.

My son is non­speaking and con­sid­ered “severe.”  I still wouldn’t cure his autism. I would not be able to sep­a­rate what makes his life dif­fi­cult at times from what helps mold his per­son­ality. He is a won­derful person whom I would never change.

Autism is nei­ther all good nor all bad. Like most things in life, it falls into the gray. Autistic indi­vid­uals face unique chal­lenges and some­times require more help with daily tasks than their neu­rotyp­ical coun­ter­parts do, but they also often have tal­ents and strengths as a direct result of their neu­ro­di­ver­sity.

These dif­fer­ences give us room to learn from each other, and gain wisdom from the expe­ri­ences of those who are not like our­selves. These vari­ances allow us to each demon­strate our unique strengths. They create the oppor­tu­nity for us to turn to each other in times of need.

Autism does not need a cure because autis­tics are not broken neu­rotyp­i­cals. They are not improp­erly designed humans. Neurodivergent indi­vid­uals are simply built dif­fer­ently. They are a break in the pat­tern of what is familiar and expected– and isn’t that won­derful? 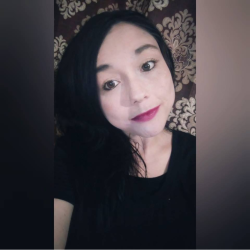 Brittney is an Early Childhood Education & Development professional, as well as a gigging local musician. She lives with her husband and daughter in Lynchburg, Va.