Autism 101: Resources from the Autistic community 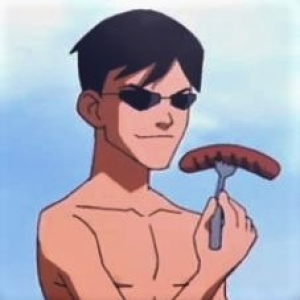 For those new to autism and the Autistic community, it can be very overwhelming. There’s a lot of information out there, some good, some bad. This is a basic outline to help you get started and give you an idea of how the Autistic community operates by #ActuallyAutistic individuals themselves.

Autism is a Neurotype

It is not a disease/illness that needs to be cured. It is not an add-on to a neurotypical brain that needs to be removed/fixed. It is an Autistic’s very neurology. They are the way they are because of it. It is one of the many ways to be neurodivergent.

Darkest Before Dawn: Autism, Ableism, and the Rise of the Neurodiversity Movement

The Autistic community prefers identity-first language over person-first ie “Autistic” instead of “with autism.”

Most Autistics reject the puzzle piece and prefer the infinity symbol instead.

Puzzle Piece is Hated by the Autistic Community: The History and What to Use Instead | Fierce Autie

Autism Speaks is a hate group despised within the Autistic community, for good reason.

It’s April, So It’s Time To Argue About Autism Speaks

Autism Speaks : The Time Is Now To Help Clean Up Your Mess

“Sorry, We Already Gave to Autism Speaks,” or The Role of Money in Institutional Ableism

Functioning labels and DSM levels are harmful and ableist and should not be used ie “high/low functioning,” “level 1/2/3” or “Asperger’s/Aspie.”

Why I’m Not a High-Functioning Autistic

Function Labels: And We’re Supposed to be The Awkward Ones…

The Ridiculousness of Functioning Labels

The autism spectrum isn’t linear, going from mild to severe, as commonly misunderstood.

ABA is an abusive compliance therapy that is worse than dog training for Autistic children. It encourages masking and scars Autistics for life, be that through PTSD, depression, anxiety, burnout or generally terrible mental health etc.

Ivar Lovaas, the person who founded ABA, used to electrocute (among other things) Autistic kids in order to make them “indistinguishable from their peers.” He took the concept of reward and punishment to a whole new level. According to him, “you start pretty much from scratch when you work with an autistic child. You have a person in the physical sense – they have hair, a nose and a mouth – but they are not people in the psychological sense. One way to look at the job of helping autistic kids is to see it as a matter of constructing a person. You have the raw materials, but you have to build the person.”

Nonspeaking does not equate to unintelligent, nor does it mean the person is “afflicted with severe autism.” Speaking is not a standard to be reached/achieved. There’s nothing wrong with being nonspeaking. There are other modes of communication besides verbal speech. Look into Augmentative and Alternative Communication (AAC).

All About AAC: A Guide to Augmentative and Alternative Communication Options!

Stimming ie self-stimulatory movement(s) is a way to express oneself, self regulate, concentrate, release energy, provide sensory input etc. Forcing an Autistic to not stim is taking away their right. There’s nothing wrong or pathological about stimming and it should be encouraged, not discouraged (unless it is harmful).

What is Stimming & Why Do Autistic People Stim? – an Autistic Perspective | Neurodivergent Rebel

What IS Stimming? – Autistic Stimming (with examples & a word about self-harm & stims) | Neurodivergent Rebel

The Autistic Experience of Sensory Overwhelm, Meltdowns, and Shutdowns

Autistic Meltdowns: From the Inside

Autism & Shutdowns – How They Differ from Autistic Meltdowns | Neurodivergent Rebel

The Autistic Experience of Sensory Overwhelm, Meltdowns, and Shutdowns

Masking is when Autistics appear to be NT and is incredibly harmful. The problem is that if they don’t mask, they’ll be discriminated against for being Autistic but when they do mask, that’s harmful to their mental (and physical) health. #TakeTheMaskOff is a hashtag one can look into.

Autism Acceptance and not Autism Awareness, please. Awareness is nothing without acceptance.

Acceptance versus Awareness: a brief commentary on the great debate

Autistics are NOT “severely lacking” in empathy.

Autism and the Problem with Empathy | Not Your Favourite Autistic Pixies

The Double Standards of Ableists

Sensory processing differences can are very common among Autistic individuals.

Proprioception, interoception, and the vestibular system are 3 senses that it’s best to be aware of.

The Other 3 Senses You Never Knew Existed… But You Should!

As previously said, autism is not an illness or disease, so please avoid using “symptoms.” “Traits” is the word you want to use.

Neurotypicals are Not a Standard for Neurodivergents

Autistics just communicate differently. That doesn’t mean the way they communicate is wrong. NT communication (or being NT) is not a standard NDs should strive to reach. Autistics communicate fine when people learn how to understand their unique language are actually willing to communicate in good faith.

“…we’re not asking for anything we haven’t done for neurotypical people all our lives.” – Sara Gibbs

Special interests (or #SpIns) are subjects Autistics are passionate about.

Thank You for the Music: On the autistic joy of pursuing special interests

On Autistic Special Interests and My Love for Plants

I Am The Face Of Autism

Not An Autism Mom

More Than One Neurotype

Not Your Neuro-Typical Family

Not Your Favourite Autistic Pixies

I’ve Been Autistic All Along?

All Over The Spectrum

The Amazing Adventures of AspieGurl V.S. An NT World

In The Loop About Neurodiversity 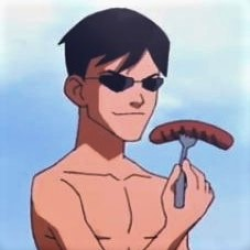