As you may know, June 18 is Autistic Pride Day. It’s one day full of cel­e­bra­tion and accep­tance within the autistic com­mu­nity as we rejoice in being proud of who we are.

There are fes­tiv­i­ties online and in-person. Autistic people share sto­ries, art, music, and spend the day for­get­ting some of life’s darker things.

Those who don’t under­stand Autistic Pride might ask, “How can you be proud of some­thing you have no con­trol over– like autism?” Autistic Pride Day was not borne from the need to cel­e­brate being autistic, but instead in recog­ni­tion of our right to live authen­ti­cally.

The autistic expe­ri­ence colors each piece of an autistic per­son’s per­son­ality, sen­sory expe­ri­ence, and iden­tity. It impacts our inter­ests, how we view the world, the choices we make, and even our ethics.  Because of this, many autistic people say that “autism is a part of who we are.”

So Autistic Pride Day is not just a cel­e­bra­tion of being autistic and belonging to such a vibrant, beau­tiful com­mu­nity, but doing so in spite of the mes­sages society sends that we should be ashamed of who we are.

Why do we need autistic pride?

Once a year, the dis­ability com­mu­nity gathers to remember dis­abled vic­tims of fil­i­cide–dis­abled people mur­dered by their care­givers. When an autistic person has been killed in this way, the per­pe­tra­tors of the unspeak­able acts are often han­dled with sym­pathy and light sen­tences (assuming they are sen­tenced), and the mur­ders jus­ti­fied due to the “stress of having a dis­abled person in the family,” com­pletely ignoring and blaming the true vic­tims.

Autistic people are often harassed and assaulted by the police who mis­un­der­stand their autistic behav­iors as dan­gerous or an indi­ca­tion of drug use, like when fourteen-year-old Connor Leibel of Arizona was assaulted by Officer David Grossman (a “drug-recognition expert”).  Connor was simply minding his own busi­ness, “stim­ming” with a piece of string on a park bench.

Connor suf­fered cuts, bruises, and “scratches to his face, back, and arms from the attack, and a grotesquely swollen ankle which required surg­eries.

Alternatively, much of the world wit­nessed the hor­rific tale from Miami where an officer shot at an autistic adult and missed– hit­ting his aid, a Black man by the name of Charles Kinsey.  This inci­dent was a sobering look at police oppres­sion of two mar­gin­al­ized groups. The officer claimed he mis­took the autistic man holding a silver toy truck for a gunman holding another man hostage.

If you want to go down a dis­turbing rabbit hole, Google “Judge Rotenberg Center.” The center is a res­i­den­tial facility in Canton, Massachusetts and is the only “school” (sounds more like a prison to me) in the United States cur­rently using elec­tric skin shocks as pun­ish­ment for its stu­dents. The con­tro­ver­sial prac­tice has attracted pas­sionate crit­i­cism from dis­ability and human rights groups.

Due to the neg­a­tive social per­cep­tion of autism, a large number of uneth­ical treat­ments have flooded the market, including dan­gerous, non-medically approved ther­a­pies based on junk sci­ence (such as a bleach solu­tion called MMS, chela­tion, or even demonic exor­cism) – exploiting the fears of wor­ried par­ents.

To Disclose or not to Disclose (an Autism Diagnosis)? Many of us learned to mask in school as a way to avoid being picked on by our peers.  All over the world, espe­cially within the work­place and pro­fes­sional set­tings, many autistic people still feel a strong need to dis­guise their neu­rotype and hide much of who they are out of fear they will be bul­lied, fired, or passed over for pro­mo­tions.

The nat­ural man­ner­isms, habits, move­ments, and com­mu­ni­ca­tion styles of autistic people are often pathol­o­gized. Autistic people are reg­u­larly scolded and chas­tised by the non-autistics around them for expressing them­selves in an “autistic way.” Nicknames like “weird,” “neu­rotic,” “dif­fi­cult,” and “rebel­lious” are common.

Some of the most vul­ner­able mem­bers of our com­mu­nity have been locked away kept in hos­pi­tals miles from home – hidden from the world, restrained, sedated, and secluded. Stories of unnec­es­sary use of restraint, over-medication, and seclu­sion are common.

When you are checking a new loca­tion – like a store, restau­rant, or hotel, do you need to research whether or not the envi­ron­ment will make you phys­i­cally ill? Do you ever arrive at your well-researched des­ti­na­tion and walk out quickly after dis­cov­ering your choice was inac­ces­sible?

9. “Autistic” is a Popular Insult

Most people don’t have their neu­rotype used as a generic insult to describe any­thing that is neg­a­tive– whether or not it’s related to autism. “Autistic” should relate to people who expe­ri­ence the world from a dif­ferent social, sen­sory, and emo­tional per­spec­tive, but sadly is too often thrown around as a deroga­tory insult.

On the internet, “autism” has gained usage as an insult aimed at mocking people. “You’re so autistic!” or “He’s prob­ably autistic!” are used to mock the people who are the source of ridicule.

10. Lack of Representation in Media

Non-autistic people never have to look far to see them­selves in main­stream society and pop-culture. Autistic char­ac­ters in pop-culture are often heavily stereo­typed, feeling more like a Wikipedia check­list of symp­toms than a real person.

When a neu­ro­di­ver­gent char­acter is written into a script, they are often played by a neu­rotyp­ical person.

Autistic Pride isn’t just about cel­e­brating who we are. It’s also about coming together, remem­bering those we’ve lost, and working together towards a brighter future for future gen­er­a­tions of autistic and other neu­ro­di­ver­gent people. 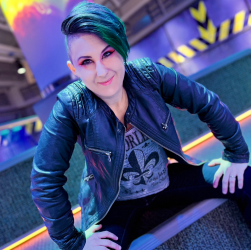 2019-06-14
Previous Post: How to Stop Biting Your Nails and Picking at Your Skin
Next Post: Life after autism diagnosis — what next?