The timeless and universal architecture of safety 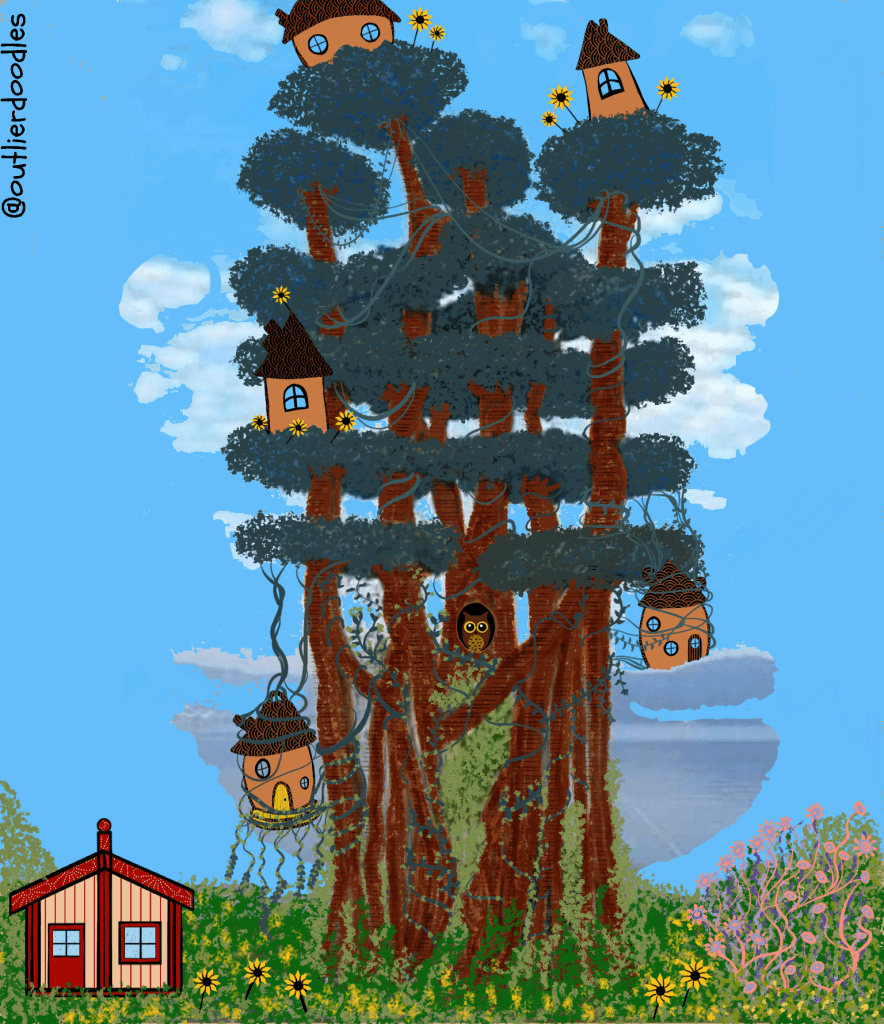 It is wise to ignore discipline boundaries when engaging in knowledge archaeology. Many of the observations resulting from a transdisciplinary or anti-disciplinary approach don’t neatly fit with the siloed W.E.I.R.D. ways of knowing.

Old rock paintings and diagrammatic representations illustrate how important knowledge can be transmitted reliably in otherwise largely oral human scale cultures over tens of thousands of years. The diverse cultures that evolved in Australia illustrate not only human adaptability but also how the seemingly impossible survival in extreme ecosystems becomes possible at human scale. Through the self-serving distorted lens of European cultures of course, written language is a fairly recent “invention”, and the only “proper” written language is one with a linear syntax.

In some ways, from a biological perspective, specifically how we cope with stress, it is helpful to think of humans as primates, but in other ways, related to the extent of the human capacity for culture, this is only one small aspect of what makes us human.

This interview with biologist Robert Sapolsky on the commonalities and differences between other primates and humans contains three valuable insights:

Please note that I find the the biological machine metaphor invoked by Robert Sapolsky to be unhelpful. A complex biological or ecological system metaphor would be much more appropriate. Complex environments are inherently unpredictable, and the illusion of predictability and determinism associated with the machine metaphor is rather dangerous. Neither neuronormative people nor Autistic people are mechanical robots.

Perhaps the notion of a lack of free will in the absence of determinism – because biological and ecological systems are complex, is even less palatable and even more scary for “civilised” people, whose entire identity and self-worth is built around the idea of “being in control” and “wielding power” over others and the environment.

The three observations above invalidate many assumptions that are baked into industrialised “civilisation”, and they point us to important truths about humans:

Given the lack of free will, and recognising the complexity of human life, blaming people for “their” behaviour is pointless. In particular labelling a person and attributing blame to one party in a strained relationship is counter-productive.

Furthermore, issuing pathologising labels to both parties in a strained relationship is also counter-productive. It detracts from all the factors that may make a particular situation unique, which hold the key for leaving behind old patterns; and pathologising labelling risks people getting stuck in a preconceived pattern and in hopelessness, i.e. that things can’t and will never change.

Labels can be helpful only insofar as they are framed in a non pathologising way, to assist with pattern recognition, with learning from and with each other, and with stepping out of unhelpful patterns onto new terrain, which can be explored as needed with the help of appropriate peer support.

Humans have a biological need for the kind of long-term trustworthy and dynamically evolving relationships that are only possible within a stable ecology of collaborating human scale groups, i.e. each group may be collaborating with between two and five other groups, with each group consisting of between 20 and 150 people who live together in several smaller household units.

In atomised and hypernormative industrialised societies, beyond the toxic social power dynamics that plague all “civilisations” with powered-up structures of control, the human scale social safety nets of neurodivergent people have been systematically destroyed.

We can take comfort in what we can glean from pre-civilised small scale societies in terms of anthropological and archaeological evidence. At human scale, in de-powered social environments, individuals can rely on long-term trustworthy relationships at three levels: within a household, within a group, and via kinship and friend relationships with people from other small groups. Thus, in case a particular relationship turns ugly and becomes traumatic beyond repair-ability, as a result of any number of potential reasons, there is always the ability to create safe boundaries by retreating to a place of safety in another household or group.

If we combine lessons about cultural evolution and lessons about human stress responses, we can harness the ability for culture to override latent primate behaviours.

In healthy de-powered human scale societies humans feel safe, they know each other, they trust each other, and they are equipped with social norms that clamp down on in-group competition.

Risks of (a) suicidal collective delusions – magical thinking amplified by unwarranted trust in people or human technologies and (b) deadly wars – triggered by myths of cultural superiority and by “normalised” social power gradients, can only escalate in the presence of super-human scale institutions of coercive power and control. Powered-up institutions of control prevent the free flow of knowledge and the dynamic reconfiguration of the social safety net between people.

The timeless universal architecture of cultural and psychological safety boils down to awareness of the limits of human scale, and to de-powering all our relationships. In a de-powered human scale environment:

Furthermore, in such comprehensible (human scale) social environments, de-powered communication and collaboration is the norm, and it becomes very easy to identify significant deviations from these norms, i.e. persistent attempts of one person or a small group of attempting to wield power over others. In such environments the essential cultural role of hypersensitive Autistic people becomes obvious for everyone, and the industrialised separation between “work” and “life” can be seen for what it is: a divide and conquer strategy that is designed to perpetuate our dependence on toxic institutions of oppression.

Autistic people and other traumatised people should be free to imagine and realise a world where we don’t have to leave behind everything we value in life to go to “work”, only to perpetuate the sanctified institutional bullshit that is killing the entire living planet.

How safe do you feel?

The voice of Autistic data is loud and clear. The neuronormative society that surrounds us does not allow us to feel safe. Our research aggregates data from Autistic people from all over the world.

The biggest sources of Autistic fears

You can contribute to ➜ this entirely anonymous survey to help us better understand the experienced level of cultural and psychological safety of people all around the world, including the experiential differences between neurodivergent and neuronormative people. Your contribution is much appreciated.

As always, this survey is a collaborative Autistic community initiative, and all suggestions for improving the survey are welcome.

Some of the answers we are getting from Autistic and otherwise neurodivergent people regarding the level of safety experienced in healthcare settings:

What are the most important things you wish healthcare professionals to know, respect, and do, when engaging with you?

Have you had any traumatising experiences in healthcare settings that no one should ever experience? Please outline.