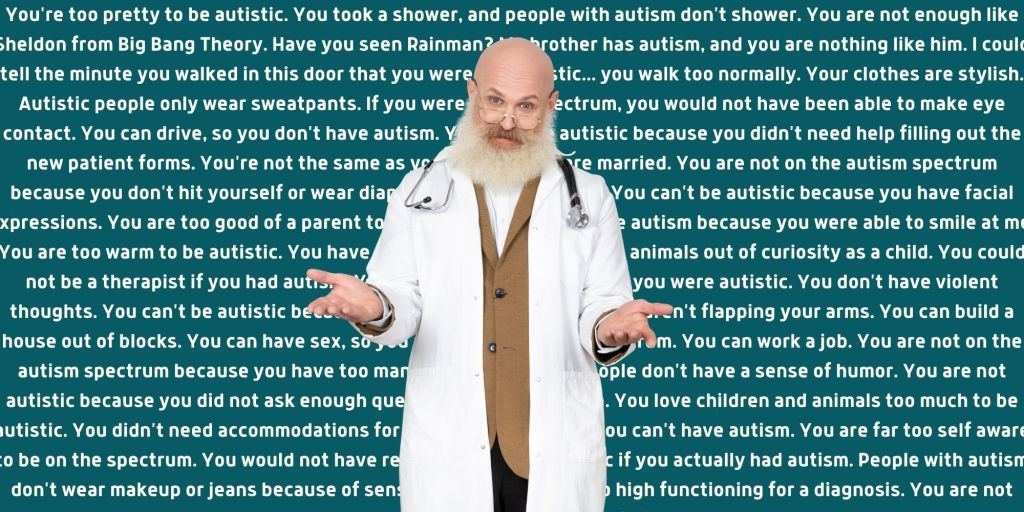 The Evolution of NeuroDiagnostics

I just turned forty. For the duration of my childhood, especially having grown up in a rural area years behind the diagnostic awareness of major metropolitan areas, what it meant to be autistic was likely not even autism at all.

Autism was a diagnostic label given to people with what, in reflection, were genetic disorders characterized by severe intellectual disability, motor impairment, and facial or body abnormalities.

I only interacted with one person in my childhood who was diagnosed with autism. She was in a wheelchair, could not speak, had very small arms and hands that were drawn up into her body, and had very atypical facial features that prevented her from being able to even close her mouth.

While she could have been autistic, it was likely that her very pronounced disability was something else. At least in my area, autism was mostly an umbrella term to be a euphemism of profound disability.

At the same time, there were members of my family who would have met criteria for “level 3” (high support needs) autism had they been evaluated today, but were nowhere near the threshold of “disabled” needed to be given an autism diagnosis in the early 80s. Rarely, someone may have been diagnosed with ADHD, selective mutism, learning disorder (unspecified), or dyslexia.

Author’s note: this article was originally published on PsychCentral, which was sold to another corporation. It has been unpublished there to be published here.

40 Years in the Desert

It’s only now, in 2021, that understanding and awareness of autism is starting to become more widespread. Wellness checks at early childhood doctor appointments look for differences in developmental milestones as they correlate with age, so young children are rarely missed.

However, the older an autistic person becomes, the more unique the constellation of traits becomes. A person’s experiences, upbringing, and circumstances will bear heavily on the presentation of criteria.

Adults, though they may have struggled tremendously in school, have often adapted to their neurological ability profile, having the freedom to troubleshoot self-accommodations for weaknesses and playing to their innate strengths– a luxury not afforded to autistics in neuronormative academic institutions.

Autism carries a heavy stigma. It will still take time for the general population to catch up to what it truly means to be autistic and to stop seeing autism as a diagnostic death sentence, but there is no excuse for the mental health field to be so behind that most practitioners have no idea what autism means, that an autistic community exists, or even what neurodiversity means.

All the applicable ethics codes require that diagnosticians will practice within the bounds of competence, but unless they have an understanding of how autism presents in adults, they are not meeting their ethical duty to clients.

So why do so many diagnosticians have no idea what autism means for adults– and especially in women and nonbinary people?

Neurophobia is defined as the “inability to apply […] basic science knowledge to clinical practice leading to paralysis of thinking or action” (Jozfowicz, 1994).

Regardless of their area(s) of clinical expertise, I have never met a psychiatrist or psychologist who didn’t have the confidence to be able to identify bipolar disorder or personality disorders and diagnose them in adults, yet there are very few who have ever identified or diagnosed a single adult with autism.

It is possible to look at behaviors in a vacuum and not consider the neurodevelopmental cause for those behaviors, as if all brains are created equal, but that contributes to life-threatening negligence when diagnosticians assume that there is a social motivation (often manipulation or attention-seeking) or selfish motives for what is neurological in origin.

Research has demonstrated that thin-slice judgements after just seconds of interaction with an autistic person were enough to garner negative impressions from non-autistic peers. Sasson, Faso, Nugent, Lovell, Kennedy, and Grossman (2017) looked at three different studies where impressions about autistic people were that non-autistic people wouldn’t want to converse with autistics, sit next to them in a public place, or even live in the same neighborhoods.

These patterns are remarkably robust, occur within seconds, do not change with increased exposure, and persist across both child and adult age groups. However, these biases disappear when impressions are based on conversational content lacking audio-visual cues, suggesting that style, not substance, drives negative impressions of ASD.

Non-autistic people immediately react to autistic body language and communication style with distrust– to the extent that they don’t want to live in their neighborhoods. This distrust, then, likely contributes to negative biases from diagnosticians.

Autistic self-reports are potentially regarded as unreliable. Their social difficulties are regarded as a lack of perspective-taking or taking responsibility. Their inability to respond (in socially expected ways) to non-verbal or implied body language, tone, and figurative language is regarded as antagonism; conversely, non-autistic people believe that autistic communication is loaded with implied meaning that autistic people do not intend.

Really, anything and everything except for autism.

If clinicians only look at behaviors, and they feel negatively about a client, their biases are likely to be reinforced and confirmed by misdiagnosing autistics with conditions that are characterized by deviant or anti-social (purposefully going against social norms for the sake of causing problems) behaviors.

Diagnosticians have to consider the impact of a diagnosis on a client. Will the knowledge of the diagnosis cause harm to the client? Will a diagnosis harm someone’s career? Will negative stigma cause more problems than being undiagnosed or diagnosed with something else that also “fits”– at least from a surface-understanding of behaviors?

Many clinicians have the same negative perceptions about autism as the rest of society– they envisage adult autism as someone wearing a suit jacket and lime green sweatpants, rocking back and forth spouting out mathematical equations, only breaking their hollow gaze to bark at a passing train.

Or, they think of Sheldon from the show, Big Bang Theory. Indeed, I have friends who were actually told by clinicians that they weren’t enough like Sheldon to be diagnosed. Other things clinicians have told my friends or written in reports about why they can’t be autistic:

Diagnosticians have work to do to unpack their ableist assumptions and dehumanizing stereotypes. If they believe that someone has to be unlikable, a mathematical savant, unkempt, monotone, and humorless, of course they are going to miss autistic diagnoses.

Remember that thin-slice judgement research referenced earlier? The one wherein people found autistics so unlikable on first impression that they didn’t even want to be in the same neighborhood with them? Well, that translates to a lifetime of invisible gaslighting and abuse for autistics.

In fact, research is clear that more than half of autistic adults have or have experienced PTSD, and that the symptoms of PTSD and autism overlap (Hauruvi-Lamdan, Horesh, & Golan, 2018; Rumball, Happé, & Grey, 2020).

Cassidy, et al., 2010, published a study in which 367 recently-diagnosed adult autistics were interviewed. A staggering 66%– two-thirds– had engaged in frequent suicidal ideation and 35% had made plans or attempts to end their lives.

And, of course they had. I’m surprised that number isn’t higher.

Within the last 2 years, I’ve lost five friends to suicide or possible-suicide by overdose. I have scars from my own attempts.

Being so at-odds with society is difficult to survive, and especially so when it’s done in the dark about your own neurotype. It’s traumatic to not have those differences acknowledged and validated. It’s hard to get a clinician to believe that people — teachers, parents, co-workers, etc.– all dislike you for no apparent reason.

It’s hard to get clinicians to believe that you are not manipulative when they won’t take your words at face value. It’s hard for clinicians, employers, partners, parents, etc. to understand why you can’t multi-task at simple jobs when you are otherwise so capable.

It’s time for clinicians to update their skill sets and knowledge base before more lives are lost as a result of neurophobic negligence.

Why Adult Autistics Aren’t Being Diagnosed: A human rights crisis

Humanizing the DSM Diagnosis for Autism

Downloadable E-book: A Guide to Understanding the Autistic Mind

More articles about: facial expressions, laugh at jokes, sense of humor, too pretty, you can't be autistic 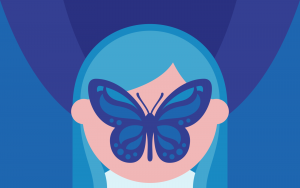 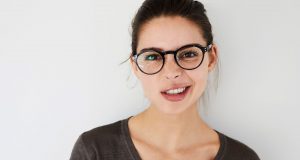 On Autistic Facial Expression and Being A Woman 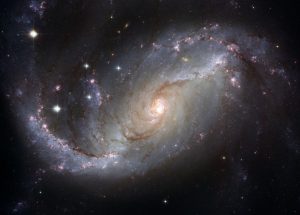