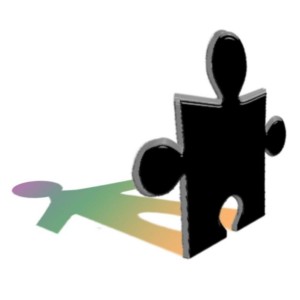 At some point, this will end. Nothing lasts forever. It will stop. It will.

Yesterday, I sat through an hour and a half of torture. And I knew I had to write about it, even though there seemed no way to describe it that didn’t make me sound hysterical or crazy. So this is my attempt, for those on the spectrum like me who have trouble explaining such things, and for neurotypicals who have trouble understanding them.

It doesn’t happen as frequently as it did when I was a child, but every so often, a stimulus will overwhelm every single coping mechanism I’ve so painstakingly taught myself over the last twenty-odd years. I was at a friend’s birthday party a couple weekends ago and could not concentrate on a conversation because the smell of Doritos was so overpowering. I lost all ability to focus and had to walk away.

Yesterday, I endured a wretched ordeal that transformed a chunk of my afternoon into a hell from which I couldn’t escape, yet another experience that underscored that I am more than just your garden variety introvert.

And what was this horrific torture?

Certain sounds cause physical pain to persons on the spectrum. For me, vocal fry is one of those sounds. Whether it be my awareness of how it is produced or the frequency of the sound waves themselves (or both), I simply cannot listen to it for any length of time without wanting to crawl out of my body.

For the uninitiated, vocal fry is the term for a specific style of speaking. The vocal cords are stretched tightly at the lowest pitch the speaker can produce to yield a thin, rough, atonal timbre. Experts have theorized that women do this to sound more masculine and thus be taken more seriously by their male peers, despite the fact that both men and women have reported finding the sound rather unpleasant.

What I wouldn’t give for it to be merely unpleasant, rather than producing a sensation similar to sand paper being rubbed on the back of my throat.

I was accompanying a class to a nonprofit, and in fact, I’d been looking forward to the field trip. But once the presentation began, the flat, harsh tone of the woman speaking was so distracting I couldn’t concentrate on what she was saying. Which was upsetting, because I was very interested in what she was saying; one of the reasons I’d accepted the teaching assistant position for this course was to work with the very people whose organization we were visiting.

I wanted so desperately to be able to simply absorb the information. I tried to take notes, but they were choppy, with large gaps; I kept losing the thread of the discussion. I couldn’t ignore the sound; I might as well have been a sitting next to a jackhammer.

Today, my jaw is sore from having been clenched for ninety-plus minutes. My neck and shoulders ache from the rigid posture I froze in as my body tried to protect itself. It felt as though my skin was being peeled off, my whole body a scab debrided, raw flesh exposed to the air.

Finally, it was another woman’s turn to speak–and she employed the exact same vocal effect. In fact, all five women in the department used it, perhaps subconsciously reinforcing the choice among themselves. Every one of their voices was like acid poured in my ears. One was so gravelly that my verbal decoding failed utterly; I have no idea what her position entailed or why she was even there.

About halfway through, I despaired of being of any assistance to the students. I couldn’t get away from the pain the noise was causing me. I felt trapped and powerless. I thought about excusing myself, but was worried it would set a bad example. Even though both the students and professors know I have Asperger’s, it seemed impossible to explain why I needed to leave.

Yesterday was a success, I suppose, since I stuck out the entire presentation, but it left me traumatized and exhausted, and reminded me that there is this part of me that will never be fully managed.

Lest I forget, my autism can still incapacitate me without warning. What if I were a speaker on a roundtable sitting next to that voice? On a call with an important client? Discussing an illness with a physician? What would I have done?

For people with an ASD, it takes a certain amount of energy to focus on the right components of our surroundings, or rather, to not focus on the ones we’re not supposed to pay attention to. I was frequently accused of not paying attention as a child, though I was certainly paying attention to something, albeit heaven knows what. At least as an adult, I know what I’m supposed to lock onto, and can exert myself to maintain that focus where necessary. Usually.

From time to time, like yesterday afternoon, I fail spectacularly. I react disproportionately to a certain sound, sight, or smell, and the rest of the world is just gone. I’m stuck, my brain is screaming, every fiber of my being is begging me to run away, and anything else I might want to be doing slips maddeningly out of reach.

Sometimes, I like my Asperger’s. I like my peculiar way of looking at the world, the divergent paths my thoughts take, and the unique perspective I have on human interaction. But sometimes, like yesterday, I would trade every last scrap of it to escape the cruel hijacking visited on me by whichever wayward neurons were activated when that woman began to speak.

We’re hooking up with the organization again next month to tour another facility. I don’t know what to do. Maybe I won’t be as sensitive that day? Sometimes second exposures are less dramatic. Then again, sometimes they’re exponentially worse.

And I can’t simply avoid all women who speak this way; I’m sure women in positions of power everywhere utilize the technique, else why would we have a word for it or a body of research surrounding it? How am I supposed to avoid an entire generation of women? Most probably don’t even know they’re doing it. I could record it and play it back to them and they would wonder what I was making such a fuss about.

I just wrote a post about how introverts don’t need special treatment; I still don’t believe they do. But people on the spectrum? My hard line softens a bit on this one. Most of time I favor a suck-it-up mentality, but every once in a while, my autism pins me to the wall, and I fervently wish I could file down the world’s edges.

Ear plugs, maybe? It’s not like I haven’t had to explain such eccentricities before. You don’t eat fruit? Are all your shoes too big? Why is there a bag of bubble wrap by the front seat of your car? I’m sure I could come up with some excuse, at least for the tour. But it’s not exactly a long term solution; I can’t wear them everywhere. Not to mention that the feeling of ear plugs in my ears can only be withstood for so long.

This is my life. These are the kinds of things I have to deal with while other people are going about their daily business. I wish I could do what they take for granted, just show up wherever and do whatever needed to be done without worrying that one of the fluorescent bulbs might start flickering and send me into a tailspin.

I wish the act of leaving my home wasn’t fraught with uncertainty about what I might be exposed to. I wish I didn’t always need to know where the emergency exits were.

Would I still be me without the autism? When I read articles about potential treatments I wonder if I wouldn’t undergo one even if I could, for fear it might change an essential part of me. But how essential is it? Doesn’t it do more harm than good, more often than not? Wouldn’t I be better off without it?