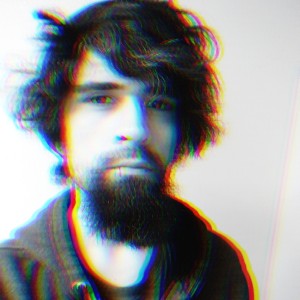 I realized after being diagnosed with PTSD that I had been masking those symptoms the same way I had masked being autistic.

Editor’s note: this article describes childhood trauma that was perceived as sexual abuse.

Before I get into this, autistic masking needs to be described. Basically, masking as an autistic person is a conscious or subconscious phenomenon which involves me dissociating from my mind’s normal operations. in order to channel my cognitive mind into analyzing a given social setting with the social relationships, language, behavior, tones, context and other observable nuances and norms involved in general human social interaction.

I then consciously apply the analysis to my own base identity to ensure that I understands others and will be understood in return as the human being I am underneath an arbitrary identity.

Proper Diagnosis is Vital to Life

This is something that I don’t necessarily need to share for myself, but I feel the implications of my experience are vital to the future of public welfare. My main objective with this article is to highlight why proper diagnosis of mental health conditions and neurodevelopmental diagnoses are so critical to mental health.

It sounds confusing because it is, but it’s a process that must be performed in order for me to survive society. People have suggested that I not worry about what people think about me, but I will briefly describe what happens I don’t pay attention to my social environment: Nothing. I literally cannot “be social” unless I analyze the intricate blueprints of human interaction and effective communication.

Also, it is important to know that I was late-diagnosed with autism in 2016 at age 25. This diagnosis has single-handedly catalyzed my journey to mental wellness. It changed my life for the far, far better.

Now that I’ve established common ground, I will say that I’ve had major breakthroughs and excellent progress in maintaining my mental wellness over the past several years. I am doing well. It’s nice.

Simply knowing that I have PTSD has allowed me to start moving on from what happened because I can put words to what was formerly unknown. I’ve been able to talk to loved ones about it all throughout the year and have been feeling a new sense of relief I’ve never felt before.

I’ve had therapy over the years, but lately, the most effective solution to my mental anguish is expressing and apply myself with my own personal enlightenment.

Back in 2012, I started to sporadically experience what I now know as non-visual PTSD flashbacks at a hospital I worked at. I had memories blocked out. I didn’t even think that flashbacks could manifest this way. They happened prior outside of work, but not at this intensity and frequency.

I did not know what was happening to my body and mind or why during these mentally agonizing and nightmarish times, because my flashbacks were not visual. I was put on several prescriptions and talked to therapists for depression, social anxiety, but nothing helped because the root problem wasn’t being addressed: PTSD.

Fast-forward to 2018: For some reason, I started to visualize my flashbacks. I still didn’t know I had PTSD at this time. This was very confusing at first but eventually in the fall of 2019, I finally realized that they were in fact flashbacks. And I’ve been using my masking abilities to “just deal with it” without knowing what “it” was for my entire. Then, in January of 2020, I was diagnosed with PTSD.

Now fast-rewind to January of 2013: Essentially, “just dealing with it” is what soon led me to what I now know as an “autistic shutdown.” During a shutdown, the cognitive mechanics in my mind that I use to project myself become disrupted and my mind, senses, and my entire existence becomes overloaded. I cannot speak or process my own thoughts and external input when this occurs. And it occurs when all of my cognitive resources are forcefully allocated for both masking autism and PTSD.

Eventually, I lost my job at the hospital because of a long-term shutdown. I forgot to mention that these episodes can last months. I woke up one morning and was frozen in bed. After I could move again, hours later, I felt different. And not in a good way. I realized I couldn’t function at work for months and suddenly had trouble interacting with people and couldn’t explain why without knowledge of my own neurodivergence.

But when I was diagnosed with autism in 2016 and then with PTSD in 2020, I finally possessed the metaphorical keys that allowed me to start understanding why I froze up and couldn’t function: I was masking my autistic traits, and I was experiencing shutdowns caused by overloading usage of the same cognitive resources that I used to mask my formerly unidentified PTSD symptoms.

With all of that important information said, I suppose I’ll open the flood gate of suspense now: During my PTSD diagnosis this year, it was concluded that I developed PTSD because I was circumcised at 3 years old.

This event has affected other areas of my brain development and although I am missing nerves I can remember feeling, I am physiologically well overall. Some may not view this as sexual abuse, but my body and mind recognize it as such. If a child’s sexual organs or functioning are violated in any way, then it is sexual abuse. That’s how that works.

I must clarify that I do not blame my parents for anything. My pediatrician, a person who is supposed to inform, withheld the fact that circumcising boys after the infant stage can cause brain damage, thus manipulating my parents into giving these inhumane monsters permission to surgically remove my foreskin. There are other ways to handle infections. Even in the 1990s. And regardless, removing a human being’s body parts requires consent from the person that is losing said body parts.

Being Manipulated to Override Consent without Resistance is Traumatic

I don’t remember the procedure because I was heavily sedated, but I clearly remember what I saw and felt before and after it happened. They rolled me down a long hallway in a little blue car with twists and turns. I remember going relatively fast. In this memory, I was going so fast that my surroundings blurred, but I was in momentary bliss.

I realize that I felt this way because they wanted me to. They set up this playful gesture to calm and reassure me that nothing wrong was happening at the end of the long fluorescence-filled hallway. The memory ends when I enter the procedure room, then resumes when I awake after the deed is done. The nurses, doctors, and surgeons all look at me with smiles and cheer me on as I regain consciousness.

As an adult, I see these faces in all authority figures. They anger and frighten me until they prove that they aren’t a danger to me. Because as I have learned, people can smile for a reason they fabricated without considering how that reasoning was dismissive of another human being’s condition in the future.

At the hospital where I worked, I felt like I was riding in that little blue car every time I walked down the hallway, except it was no longer a memory of momentary bliss. It was a feeling of dread and rejection of my own existence.

I always had an eerie feeling overcome me whenever I walked down any hallway, but the hospital’s hallways are what triggered me to the point of my mind shutting itself down. My hyper-vigilance was at critical mass. For the longest time, everywhere I went, I felt like I always had to anticipate something.

All my life, nearly every single day, until this year, I thought I was doing something wrong whenever I experienced PTSD. Now that I’ve explored my mind, I know that I am not the one who did something wrong. I can now process the feelings with relative ease.

I was a child, and professional adults consciously decided to do what they did. I didn’t do it to myself. The people who participated in the procedure itself are the ones responsible for what happened.

I’m not seeking empathetic gestures because I have enough support. I’m just telling it like it is. For years, I was fighting what I didn’t know. I am stronger because of it, but the scars remain. Literally.

Like I said, I’m doing well now, so I don’t need displays of pity. I’ve gone through the mental anguish already and have adjusted my life paradigm. I have been waiting for this new beginning for a long time. And I knew deep in my soul that it was waiting for me.

I now understand myself more and clarity is all I need in my life. The biggest lesson I can take away is that if I’m able to take care and control of my brain’s unique functioning, it will reassure my unique sense of self that ultimately stems from this functioning.

If there’s one bit of advice I can offer, it’s that the chain of events that happen in our lives shape our respective paths, but once we’re able to exercise our own volition, analyzing and processing a quantified chain of events can possibly result in the ability to say, “Here’s what happened. And here’s what’s gonna happen now.”

Reach in, reach out, rinse, wash, repeat and achieve an intermittent-yet-blissful feeling of self-awareness and self-love. If you know what you feel, then that’s when you feel truly alive and strong. 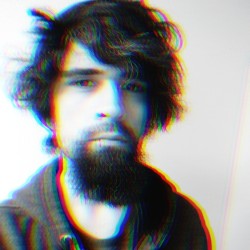 On the Impossibility of Getting Medical and Mental Health Care as an Autistic, Deaf, Black Woman with Chronic Illness