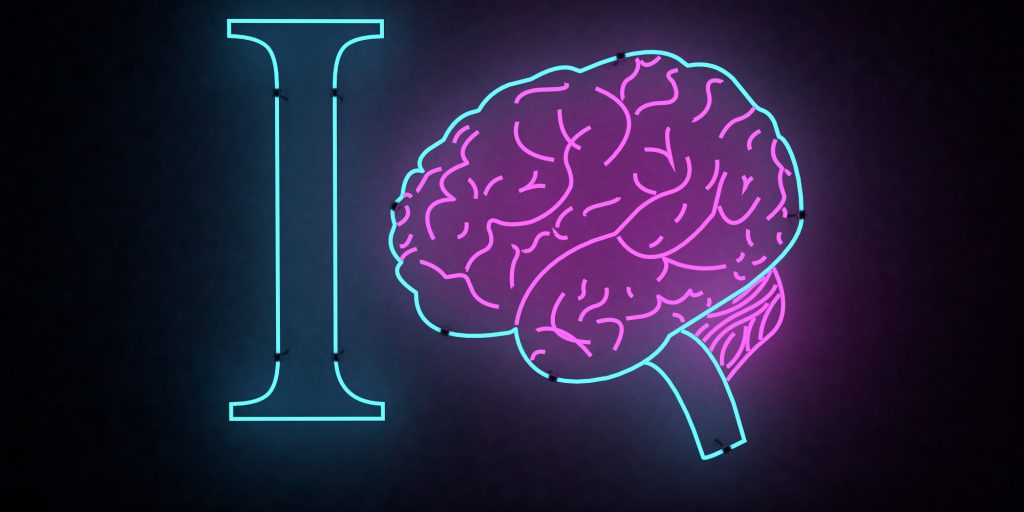 Part 1 of this series explores the social and cultural issues surrounding the concept of autism and intelligence. Click here to read it.

Why do so many autistic people consider the notion of “IQ” to be ableist, and why does the measurement of intelligence mean so little when actually determining autistic ability?

The answer to that question is complicated.

When you are administered an IQ test, it measures for multiple “domains,” or ways to express your ability to do things. Memory, processing speed, visual-spatial intelligence, verbal skills, mathematical ability, etc. are assigned scales and sub-scales, and then you will have a “full scale IQ” score which is like an average of the domains.

Most people who take these tests will have a relatively flat line across the sub-scores. Their verbal intelligence will be about the same as their memory or their ability to understand visual and dimensional objects. So, for the majority, if they are unable to button a shirt or make a sandwich, they will likely be unable to do complex mental math or compose the score to an orchestra.

But for autistic people, that rule doesn’t ring true.

An autistic person might be able to bring hundreds of volumes of classic literature to their working memory and deconstruct them to find common motifs or language patterns; but, that same person may not be able to tie a shoe or read a clock.

Most autistics have a “spiky” ability profile with peaks and troughs. Their capacity can’t be measured according to the paradigm that their minds are wired like others. An autistic person can be “gifted” or “brilliant” and “intellectually disabled” at the same time.

Another reason that intelligence can’t be measured fairly, especially for autistic and other neurodivergent people, is that tests are designed and normed against the general population with a brain that is structured and functions typically.

Intelligence measurements also place undo weight on language skills, and when someone is apraxic or has complex communication barriers, measuring their intelligence is unreliable.

IQ and Most people

Imagine that the average brain of a non-autistic person is someone with an IQ of between 85 and 115. Anything in that range is considered “average,” and about 85% of people fall within that range. That person’s brain functions about the same way across the board. Their motor control is often similar to their auditory processing, their visual-spatial intelligence is about the same as their mathematical ability.

Also, for autistic people, intelligence is not the same as support needs.

Remember that most autistic people have an “uneven” ability profile. While it’s normal for a non-autistic person to have areas of strength and weakness, these are not typically spanning more than 15 points on an IQ test.

But for an autistic person, their subscores might be extremely different. My own scores span more than 100 points, with some domains being so high they are deemed “immeasurable” and others so low that they are deemed “intellectually disabled.”

There are other abilities that aren’t measured by IQ tests, too. My vestibular system, which is responsible for my sense of balance, orientation, and stability, is so hypo-responsive (under-performing), it is the functional equivalent of being blind or deaf.

My vision and my hearing compensate for my poor vestibular function, but I have visual and auditory processing deficits. The result is that I feel dizzy a lot, and in busy environments, I can’t even stand up.

Most skills require several parts of the brain to work together.

Take speech, for example. One needs to have memory to have language stored and know what the words mean and how to assemble them in an order that makes sense. One also needs to have motor control to move the mouth, jaw, and tongue in a deliberate way to coordinate speech.

And speech is even more complicated than that. Language has a lot of nuance. Higher-order thinking, emotionality, lots of complex social functions, hearing, and other abilities are all interconnected and used in speech. That means that a lot of parts of the brain have to work together. Written language and spoken language involve different skillsets, too.

For autistic people, there might be a different path that speech takes to happen, or some parts of the brain aren’t as involved as they are for typical people. They may have incredible memory and understanding of language, but not be able to coordinate all the parts that need to coordinate to make that happen.

They might feel emotions profoundly, but their speech may not reflect it because of atypical connectivity.

Most people are like a student edition 2020 HP laptop. They can mutli-task, they process a number of things relatively quickly, and they are great for most purposes. If someone needs to run extremely powerful software, though, the computer might be inadequate for that.

Some people are like a 2020 professional/executive series HP laptop. They have all the features of a student edition, but they have a larger ram, more processing power, and some premium programs.

An autistic person is like a custom-built computer. They might have the most advanced graphics card– a prototype not even available to the general population– but have a tiny hard drive. They might have a hard drive that is 20 times larger than the HP executive series, but a processor from a 2002 IBM.

Imagine a computer with a processor more powerful anything commercially available and enough memory to store as much information as has ever been recorded in all of human history, capable of bringing up the most complex programs and running them– so that it can solve previously-unsolvable problems like a vaccine for COVID-19– but it restarts every time someone sends a message on social media.

[ No doubt, that last analogy will make many autistic people either cringe or laugh because of how relatable that was to their own minds. ]

The components of the autistic brain may not even be wired like the traditional computer at all, with multiple hard drives and processors that aren’t connected to each other– so things stored in one drive may not be accessible for some programs. Information retrieval might have to take a really long and convoluted journey to be brought to the working memory.

This analogy is oversimplified, but imagine the implications…

Imagine that the autistic brain might have reduced connectivity to a region necessary for making speech happen, but they process auditory information in the part of the brain that is responsible for vision.

How would that person do in a traditional classroom?

There are blind folk who can navigate the world by making clicking sounds that allows them to “see” in a different way. They can ride their bike through a busy street or hike a complex mountain trail by making noise– similar to the way that bats and dolphins navigate the world.

Service animals for epileptics can perceive the hormonal shift in brain function prior to a seizure. Humans, to varying degrees, can perceive pheromones that indicate– and inspire– romantic interest.

They likely will also not be able to do some things that everyone else can do, or can’t do them in the same way.

Imagine that someone sees a color associated with each number, and they are able to do complex mental math by building visual color patterns in their head. It would be hard for them to demonstrate their work.

How does this person “show their work” in math class in school? If they even try to explain, they’ll be deemed “insane” or told they are faking it. What if they need to process kinetically, and they have to move their body to be able to recall information.

Watch this clip from Akeelah and the Bee, a movie about a young girl who takes an atypical route to the Scripps National Spelling Bee:

Akeelah’s instructor realizes that she taps with her hand in order to spell. She has to do things to a rhythm, and when sounds distract her, she isn’t able to access the information in her mind that she can typically access.

So, he problem-solves this by allowing her to jump rope and engage more than just a subtle hand in order to do something that allows her to keep her focus in distracting environments.

Some autistics are extremely agile, some are clumsy, and some have such poor motor planning that they can’t walk.

Some autistics think in words, some think in pictures, some in sounds, and others in layers.

With such divergent ways of thinking and being, a test that measures typical processing will never be able to accurately characterize autistic minds and their capacity.

In fact, until there is a more complex understanding of ability and different types of processing and intelligence, autistic people will continue to be characterized by what they can’t do– or don’t do the same way– as non-autistics.