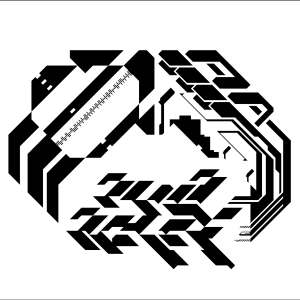 Editor’s note: this article uses the word “aspie” as a synonym of autism. As a publication, we do not differentiate between “aspie” and “autistic,” however, we respect the individual language identifiers of each autistic person. The author of this article has given permission to include this note.

But there are other things at play here that you need to understand, things about you that change everything for the better, which you can use as soon as you learn how to wield them.

This isn’t a pep talk. I’m not here to happy clap and make jolly. I’m here because the condition we both have literally affects everything in a way that you won’t realise yet. If you can be taught to control it and guide it, you can do anything you want. Fortunately, it’s easy to understand; and it’s the sort of thing that once you understand it, you’re half way to mastering it, too.

People use a part of their brain called the “Amygdala” to help them figure out the emotions of others.

As an Aspie, your brain’s amygdala is different from neurotypicals (NTs), with a larger portion of your brain dedicated to “rote memory.”

NTs use their amygdala to imagine how other people might be feeling and to determine where they stand, socially.  They look at people and immediately make a bunch of guesses about them, like how much money they might have or how popular they are; but your brain doesn’t like guessing.

No. Actually, quite the opposite. Where NTs rely so much on the amygdala, we Aspies have rote memory… and not shallow, low-­powered, occasional-­use rote memory either. Aspie rote memory is phenomenal compared to an NTs because we have a larger and more developed hippocampus, the area of the brain responsible for rote, long-term memory.

So what’s rote memory? You’ll actually have used it a few thousand times today already without realising. It’s memory that stores facts, events, and experiences and plays them back to you.

You know how if someone says something annoying, and you think about it later so much that it becomes even more annoying? And you can imagine their actual faces as they were saying it and the inflection of their voice and exactly how you felt at the time? And then it plays back to you and back and back again… that’s rote memory.

Well, it’s Aspie rote memory. Why is it so different from NT rote memory?

Details. Our hippocampus knew we were Aspie loooong before anyone else did, so it made itself bigger and more capable to try and take as much work off of the amygdala as possible. As a result, we store intricate details of every interaction and event, including emotional content and the microexpressions and gestures of everyone involved.

In social situations, this can lead to difficulties, such as when everyone else in a conversation seemed to catch on to something that we missed.  We record thousands of details most people miss, and in the moment, it’s too much information to process it all.  Without the space to sort through all that data, we’re often left feeling like we’re on the wrong side of the joke.

Creating then storing such detailed memories is also quite exhausting, so expect to feel tired and wanting quiet time after most busy social interactions.  Your brain will literally be asking you for it so it can play through what just happened a few times and categorise it all.

The process of replaying those memories is called “ruminating.”  Sometimes it happens without our control, as I’m sure you’re aware by now.

Because we store detailed emotions along with everything else, we feel those emotions again every time that memory is recalled. The effect this has is of amplifying those emotions.  Anger becomes fury.  Happiness becomes euphoria.  You get the gist.

This means that Aspie teens go through some extremes of emotion that most adults would find difficult to handle.  With brains that ruminate over events, thoughts, and emotions without our control, we inevitably become mentally tough– no matter how much it might not feel that way sometimes.

But here’s where it gets interesting…

The way that we work through things via rote memory gives us a much deeper understanding of those events than an NT has. Constantly recalling the same interaction, we begin to view it from every different participant’s perspective, including how they probably felt at that point. Through the mechanism of logically working through all those signals in a bid to get them out of rote memory, we naturally begin to trust evidence, data, and the idea of an “absolute truth.”

If you haven’t already, you might be labelled as manipulative due to becoming so good at predicting people (easy when they’re guided directly by emotions in a way that you aren’t).  You might also get angry at an insult or realize someone was flirting with you after a conversation ends because you process details after the fact sometimes.  We become reliant on logic for direction just as our peers are learning to follow the herd.

There are some other “quirks,” too, with these Aspie brains. Through its constant use, our rote memory has highly-developed connections to the cerebral cortex, the area of the brain used for logical thinking.

With such detailed data to work with, it means it’s not uncommon for Aspies to have talents like “perfect pitch” (ability to recall the exact tones played in a song) and “perfect beat” (ability to keep a perfectly timed beat going in your head).

Those same connections mean we can conceptualise ideas easily and troubleshoot by naturally ruminating over them. We also tend to be great at pattern recognition and pattern error designation, such as finding the wrong tile in a big mosaic.

I think the best Aspie superpower that most of us seem to have is our intense focus for highly-specific, often quirky things. It’s these obsessions that make us as awesome as we clearly are. And maybe to you they’re not “obsessions” yet, but most people would probably say that the things you’re in to, you’re in to obsessively.

That talent and perseverance is what really gives you the edge in the big wide world, because studying something with Aspie obsession is like having a doctorate in the subject. Even if you don’t have the qualification, you’ll be able to instantly talk about any aspect of your field, which is what really brings in the money. Well, that and being better at something than everyone else… another perk of letting yourself be “the obsessed.”

What subject?  MANY.  You learn quickly IF you love the subject. If you don’t… forget it.

Oh yeah. About that “forget it” thing. We are stubborn. Beyond words. That’s because of another quirk known as Pathological Demand Avoidance. It is exactly how it sounds. The bigger the demand on us, the stronger we pull away from it. I think it’s quite a human thing, especially in our teens, but it’s also one of the traits for Asperger’s.

When this happens, try to find something interesting about the task to get you through it. If that doesn’t work, attempt to think about something that does interest you while doing it. I really do understand how lame that sounds, but I promise you that at some point in your life you’ll get it and remember this message.

So to round things up, I suppose this will sound a bit like a pep talk trying to summarise 40 years of Aspie life, 38 of those undiagnosed, to a young Aspie.

This world is simpler and easier to understand than it probably feels right now. The most complex part is human interaction, and that’s only due to the differences in how Aspies deal with emotions (later, with logic as a base) compared to NTs (live, with instinct as a base). We have a hard time as teens trying to get what all the different indicators mean; but we DO catch up, and usually with a much deeper understanding (and so, tolerance) of those emotions.

Keep finding new favourite things, and let yourself become obsessed. Read everything you find, keep notes, create folders on your computer, collect artifacts, invent things. Go to sleep thinking about ideas. All things you probably do already about certain subjects.  I’m just saying to keep doing it, and keep finding ways to get better at doing it.  Mastering your favourite subjects, in your own way, is what will get you far.

Give yourself plenty of quiet time. Sleep when you need to. But never underestimate the power of good music through headphones if you want to stop thinking about something.

You have a phenomenal brain which happens to amplify emotions. Remember that none of this is as bad as it feels to you. You’ll learn to recognise when something’s worth thinking about and when you’re just making yourself worse.

These are all things that take most people 50 years to understand. Because of how our brains work, Aspies pick them up by the time we’re 20.

Never doubt your own skills. Be proud of standing apart from the crowd; and be honest, in all things. 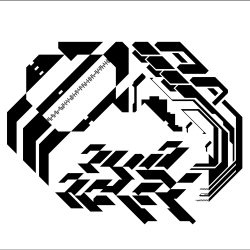 xgodley
Chris Godley is the admin of Asperger's Life Support and an admin and founding member of The Aspergian.

Latest posts by xgodley (see all)

Open Letter to Young Autistics from a Nonspeaker