Black, Indigenous, Latinx, and Autistic: The Media Needs to Stop Devaluing My Life 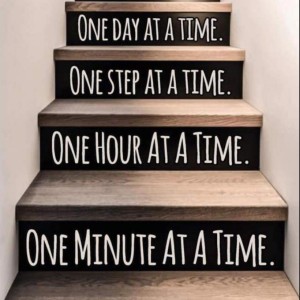 The American Press Association is a media source which I was taught has always sought to report news ethically and responsibly, mindful of best practices in cultural competence. Appropriate language establishes an accurate picture of an event using the information available. This process helps to develop a story for those not present to bear witness.

Statistics, connections to historical events, and who the current event helps or harms are all expressed in both subjective, emotional and objective, factual ways to demonstrate the human impact (subjective experience) of the objective subject. The facts, however, are communicated in a way that allows the audience to draw their own conclusions given the evidence.

In modernity, language continues to evolve as it has since the advent of the written word. So why is it that in the field of journalism, language and structure which frames autistic people in a menacing, dehumanizing light is still considered acceptable?

How will that impact Black autistic lives?

Language that represents autistic people as burdensome, dangerous, and lacking in autonomy must change.

I am Autistic. We are Autistic. We are not “afflicted with Autism” nor are we “suffering from autism.” While we may face our own individual difficulties, we as human beings often possess great strengths.

Autism continues to be framed by the media as a horrible ailment or pretentiously deciding that Autistic existence is equivalent to suffering.

Autism isn’t cancer. It is not some terrible malady or a disease. When media uses language that frames Autism as such, we take a step into the Darkness that is cure culture. The ugly side of neurotypical behavior which seeks to erase autism, forgetting that we are Autistic human beings who would be erased with a “cure.”

We do not “have autism” and we are not “afflicted and suffering” with Autism.

We do not walk into a room with some separate physical entity attached to us named “autism” like it’s an embarrassing friend we drag around to humiliate our loved ones— because Autism is the core of our nature as Autistic people.

We are human, too, and Autism is how we are human. Autism is an existential state, not an extra limb to be amputated.

Autism is a neurological difference. By definition, it is our very wiring. It is one of many beautifully different neurotypes. Do we have our struggles? Yes. So does every human being to have ever lived.

You are one such struggle.

One of our most disabling struggles is public perception, and the media has had an insidious role in propagating the myth that our existence is a scourge on society’s peace.

As long as the media continues to frame our existence as a plague, epidemic, or an ominous “rising tide” like we are a threat to society on par with global warming, people will fail to recognize our value to humanity.

Journalism is a necessary hallmark of a free and just society, but bad journalism that fails to report on a marginalized population’s humanity is propaganda that merely panders to and reinforces the prejudices and fragility of people who wish we didn’t exist.

According to the Society of Professional Journalism’s (SPJ) Code of Ethics, it is the responsibility of journalists to:

Be vigilant and courageous about holding those with power accountable. Give voice to the voiceless.

Instead of holding the power structures accountable, you regurgitate the toxic talking points that keep autism as a hot commodity and sell out autistic lives for corporate sponsorship and to avoid pushback from people who exploit disability for social media clicks and profiteering.

It would take someone ten minutes of web searches to figure out that autistic people exist and have created their own burgeoning, living, creative community with its own expressly stated preferences for language.

Boldly tell the story of the diversity and magnitude of the human experience. Seek sources whose voices we seldom hear.

Why are so few reporters out there telling our stories? Why are you compassionately telling the stories of parents who abuse, abandon, and even kill autistic children, but not the autistic survivor stories of people who grew into adults?

Because let me tell you, you would get very different stories if you interviewed me about my childhood then interviewed my mother– the one who medicated me nearly to death, beat me, ridiculed me, and abandoned me.

Instead of interviewing the autistic people who showed me that there is tremendous value and worth to my life, and that they are glad that I exist– you repeatedly interview people like the ones who felt their lives were better off without my existence.

Instead of using your platform to inspire hope for a more tolerant world, instead of reporting on what is working, you stick to the doom-and-gloom narratives that reinforce baseless fears.

Another directive from your Ethics Code:

Avoid stereotyping. Journalists should examine the ways their values and experiences may shape their reporting.

Autism as an industry thrives on stereotypes, but I see very little investment from the media in derailing those narratives. In fact, simply interviewing autistic adults would do the work of erasing stereotypes for journalists, but the same sad autistics pushing the anti-neurodiversity “severe” autism narrative keep getting rolled out and used as props.

You know what happens when you keep giving a platform to those people. This does (emphasis mine):

A mother smothered her toddler daughter with a “Minnie Mouse” pillow while she was taking an afternoon nap on the couch in their family home after becoming “obsessed” and “overwhelmed” with the child’s autism diagnosis, a jury has heard. […]

In the days prior to the killing the defendant had carried out internet searches on suicide and mothers killing their autistic children. She had convinced herself her child had a more severe form of autism when the diagnosis was at the milder end of the spectrum.

[…] [Her husband] added that the therapist had said their daughter was on the spectrum. “She had not completed her assessment, but at the very worse she had mild autism.”

The autistic community has decried function labels for years, and this is why. This kind of fearmongering leads to abuse and murder.

She had thought about going to the beach and drowning herself and had googled the words “toddler suffocate pillow”, “drowning”, “mothers killing autistic children” and “sentence for murder” on her phone in the days leading up to the killing.

That combination of search terms is going to take you to sites like Jill Escher’s National Council on Severe Autism, where she gives a voice to parents who frequently talk about their thoughts of murdering their autistic kids or engaging in a murder-suicide, or articles written by the handful of racist, self-loathing, misogynistic “dark web” autistics who seem to be full-time Twitter trolls.

Yet, somehow, they keep being featured and quoted in major publications.

Instead, they are flooded with the media’s proliferation of the same toxic narratives that sell bad therapies and seek to bring back institutions and eugenics.

In fact, your ethics code directs you to…

Avoid pandering to lurid curiosity, even if others do.

Marginalization is Maintained by the Media. So is tyranny.

Portraying police officers who murder unarmed Black people as victims of “social unrest” contributes to the loss of Black lives and ensures that more will be lost.

Portraying autistic children and adults as burdens lacking autonomy and a voice contributes to the loss of autistic lives and ensures that more will be lost.

WolfHeartTheAuthor
I am a young multi racial author who wants to advocate for autistic individuals like myself by expressing the struggles we face and the beauty and our character and our victories each day. I have some trouble with communication and sometimes movement among other things. My abstract art and writing is how I communicate and survive. I hope to do all I can to contribute to helping people to better love and understand us as autistic individuals with limitless potential and phenomenal talent. If you like my writing, please leave a tip here: https://ko-fi.com/autistiwolfhearttheauthor

Latest posts by WolfHeartTheAuthor (see all)