Autistic ways of being, trauma, and diagnosis 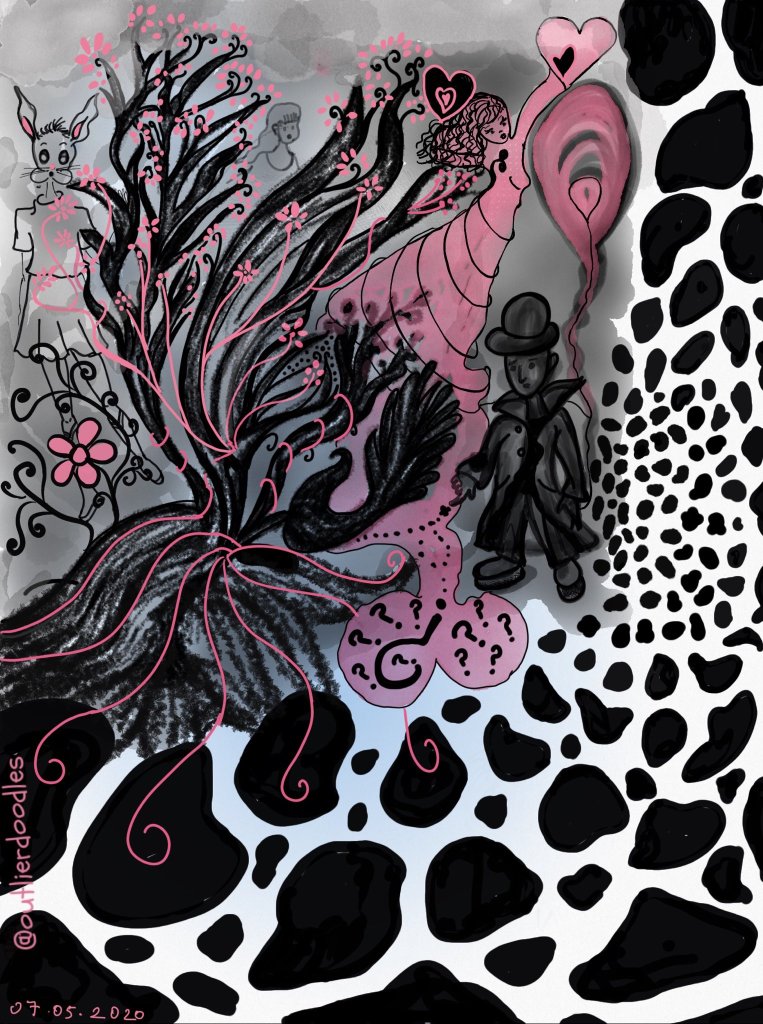 Adults seeking a diagnosis of autism are often looking for an explanation of their lived experience, which often includes highly traumatic experiences, in many cases starting in childhood. Parents seeking a diagnosis for their child are typically driven by the fear that their child won’t be able to “succeed” in the competitive world of so-called education, jobs, careers, and social status.

In this discriminatory cultural environment, many services from the autism industry must be considered unethical, and obtaining a diagnosis can be an invitation for potential abuse and exploitation, as illustrated in the account of adult diagnostic experience in Australia below. Even the most well meaning diagnostician will produce “offical” documentation that is coded in pathologising language.

🧵Attempting to understand Autistic people & culture is difficult for many, because of the chasm between a) the pseudo-scientific and culturally biased behaviourist framing of autism in the DSM and b) accounts of Autistic ways of being articulated in the neurodiversity paradigm. https://t.co/z42YpWSV4q

Trigger warning: if you are currently keen on obtaining an official diagnosis of autism, the account of abuse and diagnostic trauma below may prompt you to rethink, and draw your attention to the Communal Definition of Autistic Ways of Being.

Regardless of diagnostic status, the account below should prompt all Autistic people

Letter to the psychologist who in diagnosing my Autism simultaneously assumed the entitled right to abuse me:

Survivors are quiet because they are haunted, because they still cannot entirely accept what happened. Khan, Ausma Zehanat (2017) The Unquiet Dead, UK, Oldcastle Books Ltd

“Tony Attwood, an acknowledged expert on the autistic spectrum, writes that there is a ‘quasi-philosophical quality’ to the autobiographies of adults with Asperger’s analysis’. What he is referring to is generally accepted to be an over-rationalistic, hyper-reflexive self-awareness, and a disengagement from emotion and embodied existence, which is very much in accord with my experience of looking after subjects on the autistic spectrum. Moreover, there is an abstract, quasi-philosophical mode of talking that is common in some kinds of schizophrenia, at first impressive, but ultimately recalcitrant to understanding; it is sometimes actually referred to as ‘pseudo-philosophical thought disorder’. Both autistic and schizophrenic individuals have an antipathy to what is embodied, uncertain and unknown (or unknowable), preferring what is abstract, certain and known, all of which is characteristic of the left hemisphere.” McGilchrist, Iain (Nov 2021) The Things that Matter: our brains, our delusions and the unmaking of the world, London UK, Perspectiva

I first read the above McGilchrist quote in December 2021, with awe. I recall thinking, what confident audacity for the author and Tony Attwood to expose their un/conscious bias, their subjective gaze, their neuronormativity so publicly in the year 2021 for all the world to witness. And then I realised in breathtaking shock, they suffered no risk. I was naïve. Theirs is the populist imagination of the fearful conspiracy theorists. It is we Autists who continue to be the ones at risk as they perpetuate their dehumanization of the neuro-other. (These comments will apply equally to schizophrenics I suspect, but I would need to ask a Schizophrenic human to truly know that.)

I still find it unbelievable that old white men still exercise such power and authority in the 21st century. They are both around my age as it happens. Yet I shouldn’t be surprised; pragmatically I realise their narrative has a long tradition of attracting unquestioning followers waiting in line for a share of their empires; power and prestige are very seductive. And then there is the opportunity to accrue wealth; it turns out the Autism Industry is a great money spinner. Too many reasons to dehumanise; none of any value to not.

However, in 2018 I did not know this form of confidently overt Ableism still thrived; I was undoubtedly ignorant. I did not know careers were still being built and fortunes being made on the backs of Autistic humans. I wasn’t looking for Ableism, but neither was I looking for Sexism, Misogyny, Homophobia and/or Ageism. (In hindsight I can comfortably assume Racism and Transphobia would have also presented if I had been a POC and/or Transgender.) I was so naively confident I was safe that I walked into your offices alone; I believed I was merely undertaking a series of objective tests. It never occurred to me in my wildest dreams that I would not be safe from/with you.

I had not long turned 67 when I first walked in your door. At that time, I had little insight into what it meant living an undiagnosed Autistic life as a woman; but you did. Autism continues to be your advertised area of expertise.

What I do continue to know is that statistically few women can reach my age without experiencing some forms of abuse, particularly Violence Against Women (VAW). What I do continue to know is that Women with Disabilities face a far greater risk, experience VAW at a far higher rate. Given the political and media attention to VAW and abuse of people with disabilities this century, it was/is surely not possible for you to be ignorant of its ubiquitous nature unless you deliberately chose to wear blinkers.

Given what I assume you knew (and know) about the incidence of domestic/family/sexual abuse among Autistic Women and Girls, diagnosed and undiagnosed, it can hardly have been an earth-shattering surprise that I revealed in response to your questions in that first session, a history of domestic/family abuse.

Given what I assume you knew (and know) about the incidence of domestic/family/sexual abuse among Autistic Women and Girls, diagnosed and undiagnosed, then you surely must have been trained in how to respond appropriately to such revelations. Training: Trauma Counselling; Managing exposures of Domestic/Family Abuse in the counselling room; Privacy and Confidentiality; Client Safety.

Because in 2018 I was blind to your Ableism, I experienced your abuse primarily as Sexism, Misogyny, Ageism and Homophobia. Now all those may be true also. Most likely were/are. But what I hadn’t considered from your worldview was/is that they may all be subcategories of your Ableism. Or that they were/are inextricably enmeshed with your Ableism.

I am astonished that in 2022, our society and economy continue to be controlled by a culture of patronising paternalism in a hierarchy determined by intersections of race, class, gender, wealth, the list goes on. This is utopian naivete on my part because equality is popularly delivered as the democratic narrative when in reality the survival of extant democracy requires equality to be non-existent, only illusional. I wonder if that is why paternalism seems mistaken for emotional maturity by a passive majority, because we are encouraged to see the world through rose-coloured lens; it may explain the current popularity of daddy politicians around the planet. Whereas it is the reverse. Emotional maturity rather requires self-awareness, compassion and empathy. Paradoxically, while we live in a culture which encourages dependency on a self-appointed minority perceived as “experts”, our “experts” will never gain emotional maturity.

I am labouring the point of emotional maturity as in 2018, I was struck by its absence in your language and presence. Even today when I recall your voice, I hear that of an earnest little boy. You were so young, younger than my own sons. But even then, I wasn’t alarmed as I trusted your professional training should have compensated for your youth; it could even have been an advantage. It is a somewhat humorous fact of life that as you age you become more aware of the youth of working people around you and you need to learn to accustom yourself to that reality. Thus, I entered your office with increasing hope that a young man could be more aware and not mansplain a woman as an older man might.

Consequently, I was caught totally unawares when your primary narrative to address me after the first session was Shaming and Blaming Coercive Control. I would have corrected my children for speaking to another, including me, in that manner. I would have called it out for what it was: Disrespectful and Abusive. It is the language only one of my children ever tried as an adult, and that was when he wanted to manipulate and bully from me something to which he wasn’t entitled. I just had too many frameworks from which to try and comprehend your behaviour: emotional immaturity, sexism, misogyny, ageism, homophobia, classism, poverty, single mother stereotypes, or some combination of some, or a combination of all.

I am now 71. One of the experiences of ageing is the illusion that time is passing at an escalating speed. In some ways, that is an existential truth as the presence of death hovers ever closer in mathematical probability. Thus, as I age, there is an increasing sense of urgency to gain increased insight into the dynamics of your abuse in 2018. And I have been wondering how that might be possible.

I wonder what happens when my experience of your abuse metamorphoses into another where as many as possible of the toxic stereotypes you embraced, except maybe your Ableism, are written out. Is it possible to create a hypothetical scenario to explore if it takes the client to the same place you took me: Denied Humanity? The most commonly accepted example that most closely resembles the experience of the domestic/ family violence victim-survivor is that of the War Veteran with PTSD.

So here goes. I address this to you, my professional abuser, where the word “professional” is a pun, carries the double entendre of your self-perception as a professional as well as being an expert abuser. It is in this extraordinary, detached retelling that I am realising how severely you abused me.