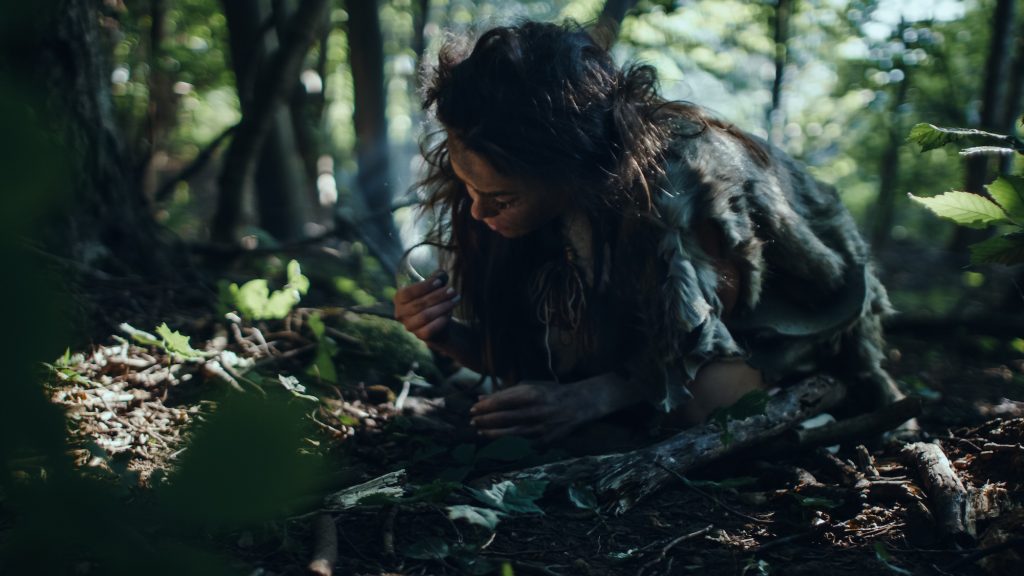 If neurodiversity is the natural variation of cognition, motivations, and patterns of behaviour within the human species, then what role do Autistic traits in particular play within human cultures and what cultural evolutionary pressures have allowed Autistic traits to persist over hundreds of thousands of years?

The benefits of Autistic traits such as autistic levels of hypersensitivity, hyperfocus, perseverance, lack of interest in social status, and inability to maintain hidden agendas mostly do not materialise at an individual level but at the level of the local social environment that an autistic person is embedded in.

Within the bigger picture of cultural evolution Autistic traits have obvious mid and long-term benefits to society, but these benefits are associated with short-term costs for social status seeking individuals within the local social environments of Autistic people.

The neurochemistry of Autistic ways of being

Regardless of whether specific Autistic traits have a genetic basis or are the result of early learning experiences made by Autistic children in their local social environment (we don’t play “the right way”, we are absorbed in “our own world”, we ignore social status, we show little or no interest in participating in competitive games, etc.), the hypersensitivity and pattern recognition abilities of Autistic people shape the specific experiences and situations that trigger neurochemical rewards in ways that differ significantly from cultural norms.

Many Autistic people intuitively avoid copying the behaviours of non-autistic people. Life teaches Autistic people that culturally expected behaviour often leads to sensory overload, and furthermore, that cultural practices often contain spurious complexity that have nothing to do with the stated goal of the various practices, such that a little independent exploration and experimentation usually reveals a simpler, faster, or less energy intensive way of achieving comparable results.

In contrast, non-autistic people receive significant neurochemical rewards from conforming to cultural expectations, such that they are often incapable of recognising spurious cultural complexity when they encounter it in established “best practices”. 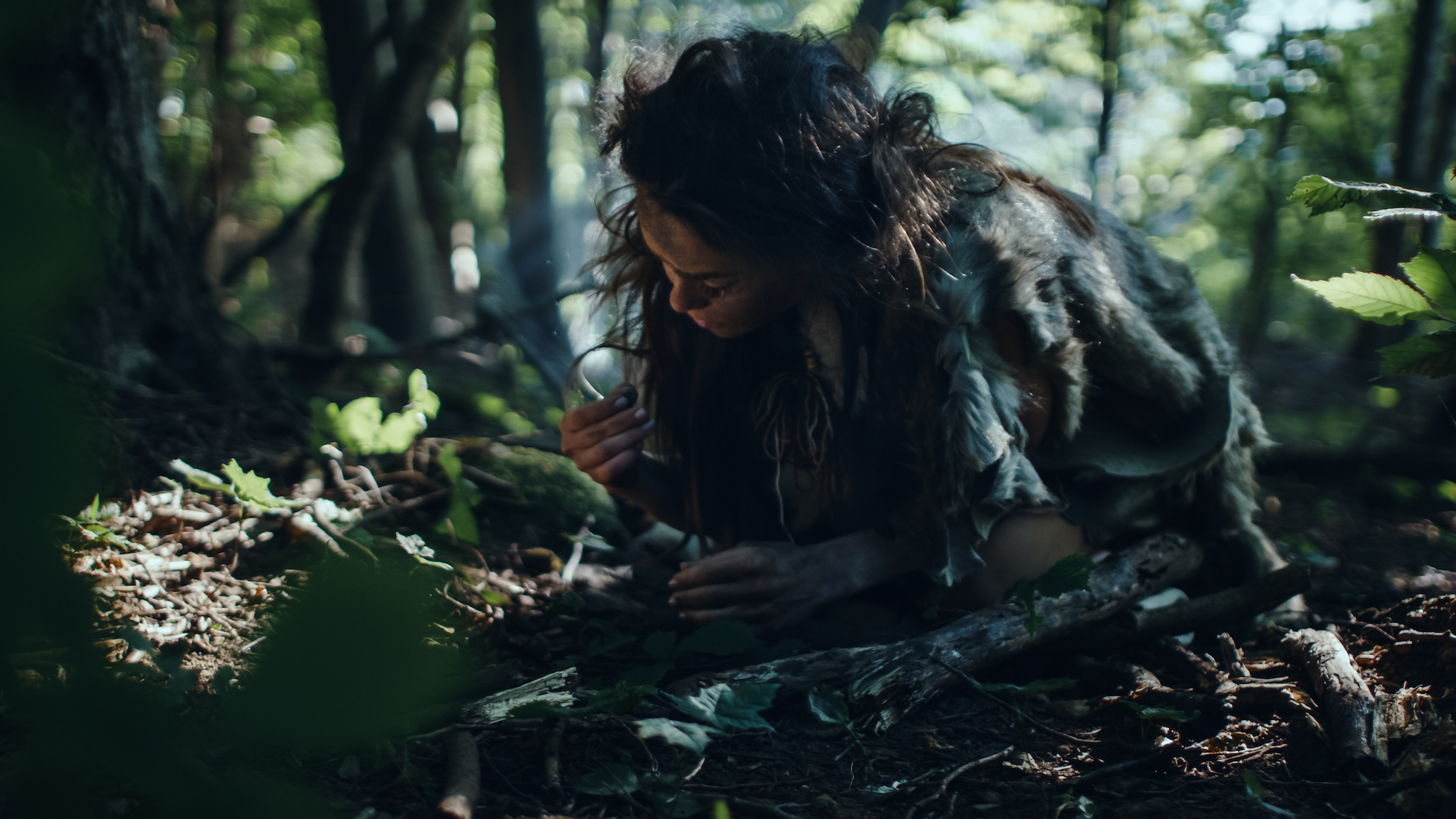 Available archaeological and anthropological evidence points towards highly egalitarian social norms within human scale (i.e. small) pre-civilised societies. In such societies social norms against wielding power over others will have allowed the unique talents and domain specific knowledge of Autistic people be recognised as valuable contributions.

In a psychologically safe environment at human scale (up to Dunbar’s number of around 150 people) the inability to maintain hidden agendas becomes a genuine strength that creates a collaborative advantage for the entire group. In fact Autistic honesty will also have made Autistic people prime candidates for maintaining trusted collaborative relationships with other groups.

In pre-civilised societies adversarial encounters with other groups would have been the only situations where the non-autistic human capability to deceive others would have been advantageous for the group. But such situations and costly conflict could easily be minimised by migrating and carving out a new niche in a different ecosystem.

The unique human ability to adapt to new contexts, powered by neurodivergent creativity and the development of new tools, enabled humans to minimise conflicts and establish a presence in virtually all ecosystems on the planet. This level of adaptability is the signature trait of the human species.

“Civilised” societies are the result of increased human population densities and increased levels of inter-group conflicts. As the number of small scale human groups increased and as local resources became scarce, the ability and inclination to “out-compete” other groups became valuable, but this capability came at a cost – an appreciation of the ability to deceive other groups.

Whilst cultural norms can successfully minimise the immediate or short-term collective cost that comes with granting social powers to competitive and deceptive individuals in the context of inter-group conflict, over the longer term hierarchical social structures dampen feedback loops, and thereby induce a collective learning disability – replacing cultural adaptability with cultural inertia.

Social power gradients became a permanent feature once the frequency of external conflicts increased to the point that such conflicts were considered a “normal” part of the human experience.

It is easy to see that Autistic people are continuously at risk of being marginalised within “civilised” societies in which “collaboration” mainly refers to “negotiating social status & power gradients, and competing against each other using culturally defined rules”.

The creative capacity of Autistic people continues to be relevant in “civilisation”, but the resulting capabilities and tools tend to be exploited for the purpose of maintaining and strengthening social power gradients.

The competitive social environments that characterise “civilised” cultures systematically disable Autistic people. However, whilst Autistic people are usually not interested in social status and are therefore considered “socially naive”, they are very astute observers, and learn to decode competitive social motivations – not intuitively, but intellectually, via careful analysis of social interactions and behavioural patterns observed over longer periods of time.

Often Autistic children are traumatised by their experiences with culturally “well adjusted” parents, peers, and the education system.

Depending on the extent to which Autistic children are prevented from developing their unique interests and are forced to comply with social expectations, their trauma may lead them into extreme levels of social isolation or prompt them to seek out a low visibility role within society that minimises their need to participate in the “civilised” social game.

Those who have grown up in relatively safe environments with at least one Autistic parent, and have been encouraged to let their unique autistic cognitive lens shape their interests and activities, initially retain the courage to explore the world on their own terms, but then often run into major challenges in the social environments at work.

Within “civilisation” Autistic people tend to be highly concerned about social justice and tend to be the ones who point out toxic in-group competitive behaviours.

Autistic people are best understood as the agents of a well functioning cultural immune system within human society.

This would have been obvious in pre-civilised societies, but it has become non-obvious in “civilised” societies. To retain their sanity, Autistic people consistently work against in-group competition, and they often suffer the consequences for doing so. Autistic people within human societies counteract what Steve Silberman has fittingly described as the “truth dysfunction” in non-autistic people.

Michael Moore’s new documentary Planet of the Humans makes the claim that humans are losing the battle to stop climate change because so-called “leaders” have taken us down the wrong road. “Civilisation” seems to have reached a dead end:

A viable future of transportation won’t include heavy 1.5 to 2 tone electric cars and large numbers of electric air planes, and will likely include much less travel, and many more electric bikes, velomobiles, and trains. Capitalism systematically favours capital intensive – and hence energy intensive – investments. The world is awash in ads for Tesla and lacks awareness of alternative technologies like the following.

Note that it takes Daniel Schmachtenberger 3.5 hours to explain the rationale for developing a new collaborative social operating system. He is explaining what is self-evident to most Autistic people who have spent three or four decades on this planet.

Eric Weinstein, the interviewer, offers good insights into the level of cultural indoctrination that underpins our “civilisation” – what I refer to as the collective learning disability of our society. It is fascinating how cultural bias has prevented an otherwise intelligent person from ever thinking about the full implications of the glaringly obvious truth dysfunction induced by competitive human behaviour.

Both Daniel and Eric seem to be unfamiliar with the concept of neurodiversity, and the one casual reference to Autistic traits via a mention of “spectrumy people” indicates a very limited of understanding of the cultural role of Autistic people.

The web of life

Agency at super-human scale (groups larger than 150 members) is an emergent phenomenon that can not be attributed to any specific individual. If we want to avoid repeating the mistakes of human “civilisations”, the emergent rules for coordinating at super-human scale will have to allow for and encourage a rich diversity of human scale organisations.

NeurodiVentures are a concrete example of an emerging cultural species that provides safe and nurturing environments for divergent thinking, creativity, exploration, and collaborative niche construction.

NeurodiVentures are built on timeless and minimalistic principles for coordinating trusted collaboration that predate the emergence of civilisation. All members share a commitment to:

Digital communication and collaboration technologies enable NeurodiVentures to act as a catalyst for trusted collaboration between groups. This is particularly relevant in a world of growing existential risks, where the energy and resource demands of competitive “civilised” social operating models, precisely for the reasons outlined by Daniel Schmachtenberger and documented in detail by historian Joseph Tainter, are exceeding the productive capacity of the biosphere.

The exciting aspect about the human capacity for culture is that we have created a global digital network for sharing knowledge and misinformation. It apparently takes a virus like SARS-CoV-2 to put this network to good use, and to shift cultural norms away from sharing misinformation and towards sharing knowledge.

I have yet to meet an Autistic person who is capable of maintaining a hidden agenda. This means that Autistic people are ill equipped for the competitive social game of “civilisation”.

However, in all domains that require specialised skills and deep knowledge, some of the best professionals (in terms of their level of experience and problem solving abilities) have strong Autistic traits. It is very likely that these people will be misunderstood by their colleagues on a regular basis, and may be perceived as “competitive”, simply because they may not stick to all the social rules of politeness at all times.

A relevant extract from an earlier article on bullying:

In particular the questions that Autistic professionals ask may be very direct and their answers short and to the point, and they may praise outcomes achieved instead of the contributions of individuals, because they recognise that all good work takes a team and because they consider social status to be irrelevant. This easily gets Autistic people into trouble with “superiors” as well as with “subordinates” who they are expected to manage. These Autistic professionals are not bullies!

The future role of Autistic people

Hierarchical social structures stand in the way of collaboration across cultural and organisational boundaries at all levels of scale. In the face of existential risks, the cultural inertia of “civilisation” will either lead to the extinction of the human species, or humans will rediscover an interest in genuine collaboration (without hidden agendas) at human scale.

In the latter scenario Autists are uniquely equipped to act as catalysts and translators between different cultures and groups, because (a) they have to spend conscious effort on understanding each individual, and (b) they are trustworthy due to their inability to maintain hidden agendas.

My favourite example to illustrate the potential for Autistic people to act as catalysts for collaboration is Paul Erdős. In a psychologically safe environment, an Autist is enabled and not disabled: