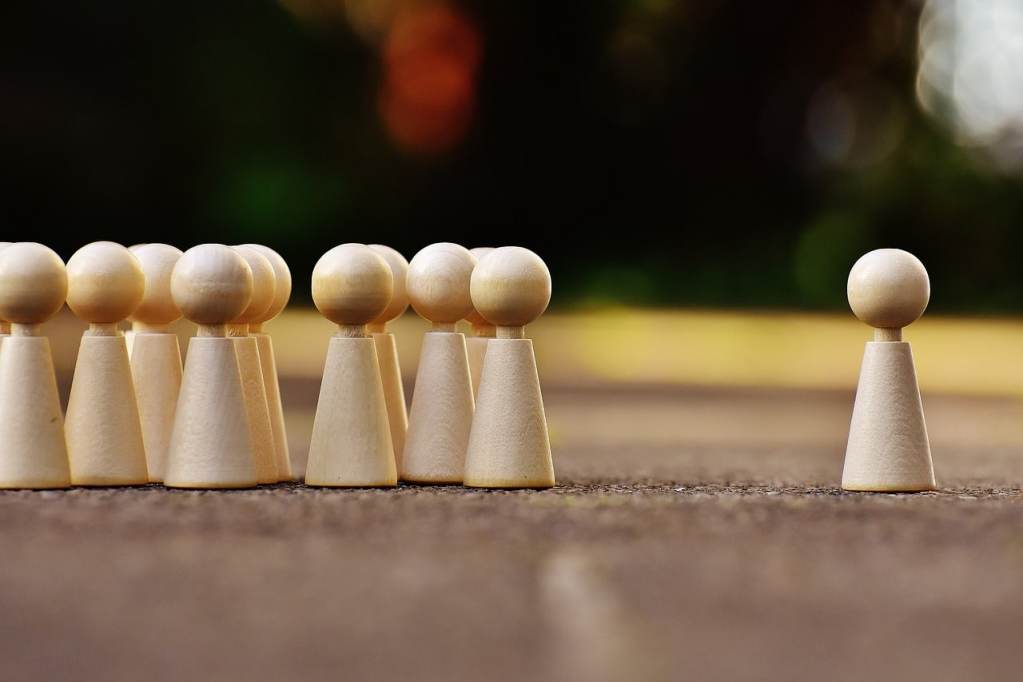 In prevailing literature, people on the autism spectrum have all of their traits, their behaviors, and even their very existence pathologized.  They are considered to have “mind blindness,” or the opposite of empathy, which means that they are unable to predict the feelings or thoughts of others.  This is problematic, because we are perfectly capable of predicting the thoughts and feelings of others in our neurotype.  We are not “mind blind,” we are different.  We are a minority, neurologically speaking, but we have our own innate social rules that among our neurotype make sense to us.

Autistic people often refer to non-autistics as “allistics.”  If autistics were the neuro-majority, then the 1-2% of the population who were allistic would have their entire existence pathologized.  Here is a parody to demonstrate, for allistics, what it feels like to autistic people who have to read about themselves as described by people who don’t understand them.

Allism, also known as Allism Spectrum Disorder, is a pervasive developmental disorder which impairs a person’s social, communicative, emotional, and behavioral function.  The symptoms of allism range from moderate to severe and are lifelong; however, with intensive treatment and early interventions, the presentation of symptoms can be less severe.  Currently, there is no cure for allism; however, therapeutic and dietary interventions currently in development are showing promise.

If you’re curious about the possibility of someone you know or love being allistic, it is important to speak to your provider about being evaluated. Note that allism is a spectrum, and allistics may not suffer from all of the following symptoms:

Persons with allism tend to suffer from a lack of empathy, or mind blindness, in that they have difficulty understanding or intuiting the needs and thoughts of others. They assume that the independent actions, facial expressions, voice inflections, and factual statements of others are intended to be hostile, argumentative, or condescending.  May suffer from delusions of persecution and believe that others are judging them or attacking them; difficulty understanding the motives of others; believes the thoughts and opinions of people are related to his/her own participation and existence in the world.  Allistics have difficulty believing that other people can perform actions independent of having a motive that is in some way related to them. E.g. You went to the gym?  What were you doing there?  Were you trying to get away from me?  Are you trying to get in shape so that you can cheat on me? Conversely, they often become offended when they perceive that others have done something independently without factoring into their endeavors how it relates to the allistic him or herself.  E.g. Why were you going to the gym?  Were you trying to look better for me?  No?  You never think about me!  You’re so selfish!

Allistic people tend to make judgments, form preferences, and imitate the most prevalent rhetoric and talking points of current issues; however, their political, social, religious, and cultural identity is based on the social structure of those in his or her immediate circle.  They would prefer to continue in espousing and parroting mainstream beliefs which are dominant in their social circles, and would become hostile and combative towards factual evidence which contradicts the views of their social affiliations.

Related to the tendency to feel persecuted, allistics project meaning onto factual statements, believing that there is some implied or passive subtext in concrete, factual statements.  Often feels that a statement of fact is a veiled attempt to assert supremacy or dominance.  E.g. What are you trying to say by telling me you loaded the dishwasher?  Are you saying that I don’t do enough around the house!?  Are you asking me to brag on you for contributing to the household you enjoy and live in?  Are you accusing me of being a bad spouse?

Allistics demonstrate a debilitating fear of nonconformity and thus experience difficulty disagreeing with the opinions, preferences, and musings of others.  Is content to assume the identity of those in the dominant social structure, potentially as a result of the aversion to examining or studying topics beyond their most basic tenets.  Chronically summarizes and would prefer to be inaccurate than to be contradictory.

May treat others as inferior and in need of control if those people belong to some arbitrary or superficial minority category.  Assigns value and rank to people based on the prevalence of their superficial traits; will feel justified in mistreating people who practice a different religion or who demonstrate a different configuration of genetic traits if those traits are less-frequently expressed in his or her immediate environment.  Devolves to tribalism.  E.g. I’m not prejudiced, but the foreigners in my community are all looking to take our jobs, want a government handout, and are trying to take over the economy.

These needs extend into the abstract, insisting that others understand and intuit the allistic person’s emotions and confirm verbally that they have understood those emotions, frequently requiring others to apologize for imagined sleights because of the feelings their delusions produce.  Furthermore, allistics feel driven to have their actions and feelings validated by others in the form of praise.  E.g. It doesn’t matter if I used social media to unfairly ruin a woman’s life!  You need to validate my feelings of jealousy and rage!

Allistics believe themselves to be able to divine, as if by metaphysical prowess, the internal thoughts, states, and motives about another person due to subtleties which can be in some spiritual way divined by looking into someone’s eyes.  This trait often causes the allistic to feel warmth and trust for other allistics who have learned to manipulate others by exploiting this pathology.  Allistics can be naïve and vulnerable due to perceived kindness they see in the eyes of people who seek to take advantage of this trait.  Allistics tend to feel that those who do not reciprocate their strange gestures and intense staring are dangerous or untrustworthy.  This is a reflection of a phenomena known as “mind blindness,” or the inability to perceive the thoughts and internal states of another.

Allistics are socially motivated and need to work collaboratively in order to focus on projects.  They require frequent breaks, profuse praise for mediocre performance, and verbal or written validation of the quality of their performance.  They may be unable to work without frequent rewards and acknowledgement of their performance.  They are motivated more by the rewards they receive than by the importance of their contribution to the greater good.  Low-functioning allistics may require accommodations in order to perform in a professional setting, including emotional support coaches, increased break times, and frequent confirmation that they are performing satisfactorily.   A by-product of tribalism, they may have difficulty respecting leadership and co-workers who are less attractive, of the female gender, of a different race or ethnicity, are disabled, or have some other observable difference.

Because allistics have an identity rooted in their position or rank in an arbitrary social structure, they are easily persuaded to purchase items or become involved in ritualistic or meaningless trends.  Operating without a stable sense of identity, they are constantly searching for ways to belong to a tribe.  Instead of being able to feel secure in an identity defined by their special interests and how those interests contribute to the betterment of society, they need to adopt an identity which conveys their desire to belong to a certain tribe.  They willingly invest in clothing and superfluous accessories with the names or trademarks of others whom they perceive as being of a higher social rank.  This trend may have been borne of the archaic and brutish practices of burning a brand into the hide of livestock in order to establish ownership of animals; in fact, an enduring allistic favorite brand logo depicts a male riding a horse, presumably a patriarchal vestige of this former custom.

Allistics are also susceptible to the capitalistic schemes of mutli-level marketing companies, which despite decades of established unethical commercial trade practices of causing more than 99% of investors to lose money, tend to thrive on the naiveté of allistics.  Because allistics have difficulty with refusing requests due to the fear of being perceived as impolite, and because they are socially motivated to be seen as liked and supportive of their pack or tribe, they invest hundreds of dollars into purchasing essential oils made from the same weeds they pull from their flower gardens or from subpar, overpriced leggings manufactured in sweatshops and featuring childish, cartoonish designs.

Allistics, due to their mind blindness and lack of empathy, ask questions of others without interest in a response.  These hollow questions are ritualistic and not representative of productive conversation.  They may disrupt the intellectual and artistic pursuits of others by coercing them into conversations when they are are not consenting participants, unable to read the glaringly obvious cues that the person wishes to remain uninterrupted.  This meaningless and rote inquest is not to be confused with echolalic speech, a mechanism which does serve a communicative and neurological purpose with verbal and auditory processing.

This is part 1 of a series on Allistic Spectrum Disorders.  The next installment will focus on allistic behavioral patterns.

If you are– or suspect you may be– allistic, then consider how insulting, myopic, inaccurate, and one-sided this portrait of you is.  Consider how it feels to see positives about yourself pathologized as negative and inconvenient, and then consider that you will never know what it’s like to be in this medical and neurological minority where you have to read about your entire existence and identity characterized as oafish, graceless, and “delayed.”  This parody is written to inspire you to think about the damage caused by the bulk of literature written about people on the spectrum that empowers people to espouse these dangerous ideas. Because you have the privilege of being the majority, we need you to help us change the conversation about autism spectrum disorders.

For Non-Autistics: How to Survive COVID19 in a World Not Made for Your Neurology 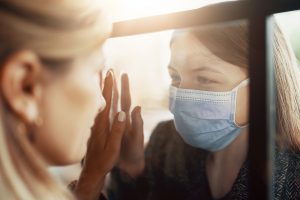 Caring For Your NT during Social Isolation