Should we force autistic kids to socialize? 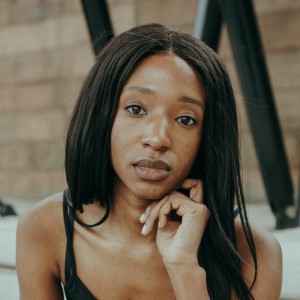 The title came after the post was written, but I’ll give you my answer now: support the child you know to be–or presume to be–autistic in socialising in a way they can handle.

Read a bit more for an insight into my primary school experience. Once you see past the fact I was a little shit, I’m sure you’ll understand why I don’t think you should force the weird kid to play with everyone else.

Part 1: In the classroom

So this one isn’t really about playing, but it’ll help to further demonstrate how unique I was around this time.

If I got a score on a spelling test that I didn’t want, when everyone read out their scores to the teacher, I would tell them what I wanted rather than that I had. I didn’t like getting 10 too many times in a row, and 9 seemed like a one-off mistake– but 8 was a clear indication of ability, so I’d say I got that.

The person who marked my test would usually rat me out, and so would begin my argument that if I have 10, then I get to choose my score. Because I got them all right, unsurprisingly the teacher didn’t agree; but I refused to back down. So after a 5-minute-long discussion, which at that age felt like forever, I would be sentenced to detention.

Part 2: On the playground

You know when you’re playing peek-a-boo with a baby, then you scare it a little too much and the baby starts crying? That’s what playtime felt like for me. At least once a week, I’d make someone cry. Bear in mind, I wasn’t a bully. I just didn’t get it!

Daisy had these fairies that lived in this one tree that looked different to all the rest in the playground. First of all there were no fairies. Second of all, if there were, why could only Daisy see them? Imagination isn’t something I’ve ever had, evidently, because I remember regularly trying to see these fairies–or at least convincingly pretend that I could, and it just wasn’t happening.

I realise there were no tears in that tale, so here’s another. No one likes to be spoken over, but apparently I also didn’t like it when people didn’t listen during my turn in a game. One day at lunch, we were playing “What’s the time, Mr Wolf,” and Lizzie and Alice weren’t listening. So, I banged their heads together… literally. (This is the peek-a-boo moment).

They cried a lot. I didn’t realise my own force, and then the wails got louder.

I ran away and hid, but not just on the other side of the playground or behind the Portakabin full of sports equipment. With nothing to lose, I’d break another rule and go inside.

I’ve always been tall for my age, but also a lanky fucker. With money on my head because of the blood pouring from theirs, I looked for the most obscure place I could find. If contortion was required, that was a bonus as my skills were vastly underestimated.

On days where playing was overwhelming, I’d want to go home. After numerous trial runs, I came close to perfecting how to run away from school. Well, I never ran. I always walked with a purpose straight past all the staff and through the front gates. It drew less attention.

Having tested the route a couple of times I, realised the key to success was confidence. If you were stopped and asked any question by staff or fellow students, answering them honestly was the best way to get out. no one stops a kid who’s convinced they’re going home as everyone expects a parent to be waiting at the next barrier to exit.

Except at my primary school, there were very few barriers; in fact, there were no physical barriers, and my multiple escapes should have been indication something needed to change. Anyway, I’d get out the gate and the furthest I ever got was to the end of the road, done over my own inability to cross quickly.

I guess looking back from these stories and many others, there are dozens of red flags in my behaviour that would indicate I wasn’t naughty or seeking to be deviant. I was living in my own world.

While I went to a pretty decent school, it must be said that they expected all children to be the same. Having not started with an autism diagnosis, it was never a possibility in their eyes; however, I was referred to a behavioural therapist. That just got messy, because I was overly honest. Now I can laugh and joke about what happened. At the time, though, I was so frustrated I used to go home from school and bang my head against the wall, again literally, because no one understood me.

I always struggled to make friends, but I was also content on my own. Being forced to join in with group activities made me sad because it highlighted how unlike everybody else I was.

If there’s one thing I want you to get from reading is this, it’s that if you see and pity a kid on their own being weird, ask them if you can join. Let them explain how to play in their world.

If they don’t want you join in, accept that you tried, and leave them to have their own fun. In freshers, we’re told peer pressure is bad and not to force people to drink as a form as socialising. So don’t be a dick and force your idea of fun down the neck of a child who doesn’t want it. And worse yet, don’t make them feel bad for not finding that fun! 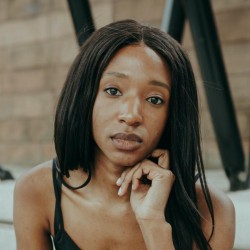 Latest posts by tylgrnt (see all)