Supporting Greta Is Great, But It’s Not Enough2 min read

If you are an allistic person who claims to be an ally to autistic people, you should cel­e­brate Greta Thunberg becoming TIME Magazine’s Person of the Year. You should use the priv­i­lege you have because of the way social com­mu­ni­ca­tion favors your neu­rotype to defend her against ableist insults.

But, you should still sup­port other autistic people, even if they cannot do what she did. It is impor­tant to remember that Greta’s award as Person of the Year is con­tin­gent on allistic people’s approval.

As long as society is con­structed against us, some of us will never have access to the kind of suc­cess Greta Thunberg has, and you should show just as much sup­port to those autistic people who are not standing in the global spot­light.

Support those who cannot do what Greta did because they are unable to speak in ways that neu­rotyp­i­cals find pleasant, or because they do not speak orally at all.

Support those who live in poverty and have to take a job when they are Greta’s age or younger to keep their family alive and don’t have the priv­i­lege to travel the world.

Support those whose voices are mar­gin­al­ized because of racism, and remember that as won­derful as Greta is, she is still a white person born in one of the wealth­iest coun­tries in the world. She has never expe­ri­enced racism, colo­nialism, or geno­cide.

Remember that autistic people have been doing what Greta is doing for cen­turies— bucking the status quo— and it has often resulted in them being stoned, burned at the stake, cru­ci­fied, exiled, jailed, beaten, and enslaved. The dif­fer­ence is not in any­thing Greta is doing dif­fer­ently from other autis­tics, but in how non-autistics are receiving her.

Support those of us who have phys­ical ill­nesses that would pre­vent us from trav­eling and engaging in public activism.

Support those of us whose fam­i­lies do not accept us as Greta’s family accepted her for who she is.

And above all, sup­port all autistic people who for what­ever reason, are not what allis­tics define as “pro­duc­tive.” Greta’s activism does serve a pro­duc­tive end for allistic people – con­vincing the world to take action on cli­mate change. That is a good goal, and I really hope she suc­ceeds in it, for the sake of humanity’s future sur­vival.

But it is still a pro­duc­tive end that allis­tics deem valu­able. Autistics don’t have to pro­duce in order to be valu­able. When you listen to autistic suc­cess sto­ries, con­tinue to cel­e­brate them, but know that suc­cess is not a pre­con­di­tion for human dig­nity, which we deserve as much as you do. 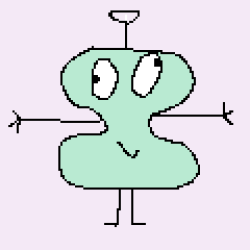 Latest posts by theautis­ticde­bater (see all)