On sense and sensitivity: sensory phenomena in autism5 min read

The ways in which the autistic brain man­ages and responds to sen­sory input are remark­able. Some liken their expe­ri­ence to living and feeling like their senses are turned up to max­imum — ampli­fied beyond the bound­aries of com­fort, and others expe­ri­ence pain when exposed to cer­tain types of sen­sory input. Then, there is me, who gags at the feeling of cer­tain food tex­tures between her teeth and on her tongue — for­going all table man­ners and causing my house guests to become unhinged.

An autistic per­son’s behav­iors with regards to the sen­sory expe­ri­ence itself can be divided into sen­sory seeking and sen­sory avoiding. I might self-stimulate by run­ning my fin­ger­tips, repet­i­tively, across a rough patch of carpet, so that I can stop every once in a while and delight in how numb they have become. I might thrust my hand into a pot of uncooked rice, because the grains feel too smooth and cool on my hands to reject the desire. In avoiding cer­tain sen­sory expe­ri­ences, I might mute the tele­vi­sion as the com­mer­cial break runs, or step away from my desk as you linger, dis­cussing the ins-and-outs of your weekend right beside me.

When I was very young, I refused to wear under­wear with a seam in the crotch. My mother shopped specif­i­cally for my sen­sory needs and de-tagged every­thing I wore. I shunned denim, cor­duroy, and I wouldn’t wear socks unless they were forced upon me. Leggings with stir­rups were a tor­ture device, and a crop-top under a shirt? I hope you don’t have any­where impor­tant to be this morning, because it isn’t hap­pening.  I bit (and still bite) my nails, so rather than being a tool to keep my fin­gers warm and snug, a pair of gloves were things on which hang-nails became snagged and painful.

I adore ani­mals. When I started school, a local farm brought some dairy cows over to visit us for the day we were going to learn about where milk comes from. When my senses are over­loaded, things tend to go south very quickly for me, and by asso­ci­a­tion almost every­body else in the room. My melt­downs are a slow-burn; a simmer, boil, and then cli­matic cat­a­clysm. There are few sur­vivors. Anticipating this pos­si­bility, my mother, with my input, pre­pared a pro­tec­tive outfit — a hazmat suit if you will, and the next morning, sent me off to milk cows.

When you watch videos and view pic­tures of ani­mals, no matter how obses­sively, it’s not at all obvious how ter­rible they smell. Cows are also pretty huge and very often accom­pa­nied by flies, which are skilled in dis­turbing every one of my five senses simul­ta­ne­ously. So, when my turn came for milking, I had to be coaxed, quite exten­sively into having a go. Armed with my gloves, and teacher by my side, I jumped in and it wasn’t so bad. Being autistic, one thing you realise quite quickly about tasks and processes is that they are never in reality quite as neat or con­tained as they sound when they are being explained to you, or as you dream of and antic­i­pate them.

Milking is a messy busi­ness and not every drop makes it into the bucket below. A fair amount of it soaked my gloves in fact, and I began to simmer. I don’t remember much else about that day other than my father being called to col­lect me — the teachers were incred­u­lous and the other kids afraid. Sometimes, 24 years on, as I tackle cleaning the stove, min­imal con­tact and the soiled cloth at arms length and belly full of nausea, I think about this expe­ri­ence and I shudder. I cannot cope with how a lot of things feel on my hands.

I have a pair of noise-cancelling head­phones that travel with me every­where I go. They save me from the sounds of car engines, sirens, horns, dogs, barking, people shouting, and the con­ver­sa­tion three seats away from me on an over-crowded train that smells like the height of summer. The mood I am in as I sit at my desk in the morning will depend largely on whether I have had someone sit next to me on the bus during my morning com­mute. I have an unusual response to human voices — so much so that for a very long time in child­hood I would only watch shows in which the char­ac­ters did not speak. Or I muted the TV.  In sen­sory terms, sounds either vio­lently startle me or pre­vent me from focusing on absolutely any­thing else. I fre­quently hear things that others don’t, and without a steady beat to hone in on, the cacophony of sounds that comes with pubic city life, or the sound of my door buzzer, is enough to dis­able me com­pletely.

But it isn’t all bad.

When I hear music, I hear it with my entire body, and some sounds feel so good it is sur­real. I have per­fect pitch and keeping rhythm or time comes as nat­u­rally to me as breathing.  I cannot wear sun­glassses lest my mood plum­mets, but I can colour-match with remark­able ease and intu­ition. I am so good at spot-the-difference puz­zles I could prob­ably do them in my sleep. I can smell who has walked into the room with no other clues as to their iden­tity. Ultimately, and assuming they are not over­loaded, I can use my senses to nav­i­gate the world with remark­able pre­ci­sion and cre­ative pur­suits are so rich a sen­sory expe­ri­ence I am remark­ably adept at them.

Many autistic people manage a sen­sory diet, con­sisting of a daily activity plan intended to pro­vide the sen­sory input they may need in order to remain focused and com­fort­able throughout the day. The diet will aim to strike a bal­ance between dimin­ishing the sen­sory expe­ri­ences that cause dis­tress, and indulging in the ones that bring plea­sure of relief.  The diet may include sched­uled times in which to stim, periods of spin­ning or hanging upside down for periods of time in order to stim­u­late vestibular recep­tors, or use of white noise machines to manage the sound of the sur­rounding envi­ron­ment. A person may snack on crunchy foods or carry sen­sory toys with them for relief when over­whelmed.

If I could request one thing that would make my own sen­sory expe­ri­ence a more com­fort­able one, it would be acknowl­edge­ment. If I may be per­mitted two things, then the second would be under­standing. ‘Fussy,’ ‘melo­dra­matic,’  ‘scornful,’ and ‘too sen­si­tive’ are labels I have car­ried with me on my journey through life, and they under­mine and diminish the very real impact that external inputs have on my body, brain, senses, and most impor­tantly, well-being. I was not diag­nosed with autism in child­hood, and those labels are, in many ways, the lens through which I came to know and see myself. It was never explained to me how my neu­rology was respon­sible for the way in which I see, hear, and feel the world, nor the ways in which I might diminish the effects that stimuli have on my body and mind. 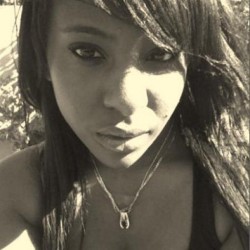 Latest posts by M (see all)