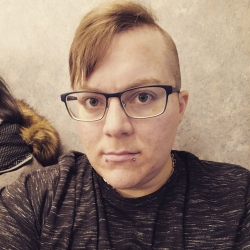 I recently published an article about the erasure from Wikipedia of autistic people who use or have used facilitated communication. The response has been overwhelmingly positive, but there have been a few persistent arguments that violate the principles of argumentation as they are taught in critical thinking courses in university.

In particular, I want to address some of the logical fallacies people fall back on when the topic of facilitated communication comes up.

Logical fallacies are errors in reasoning. Some of these incidents of faulty reasoning occur so often that they have been given names (e.g., “straw man,” “ad hominem,” “red herring,” etc.)

In order to address these in a critical sense, I need to first be quite clear about what my arguments actually are, because those themselves keep getting twisted by critics. And since I’ve been criticized for not including in-text citations by those who don’t want to click links to find information, I’ll even include them.

First argument: We should presume competence of non-speaking people.

Second argument: There is no scientific consensus on FC or RPM (or: FC and RPM have not been debunked or proven pseudoscientific.)

With these facts in mind, I encouraged activists and advocates not to dismiss these methods of communication out of hand, as doing so would contribute to the erasure and silencing of our non-speaking autistic siblings.

Though my article was mostly well-received, it did attract a few critics. None of them have presented an actual counter-argument yet. Many have made use of logical fallacies, and I’d like to address them for the benefit of others who might encounter them.

A straw man argument occurs when the original argument is misrepresented, making it easier to defeat. The major straw man fallacy I have encountered is the interpretation of my argument as a black-and-white, shut-and-close opinion.

“You unquestioningly believe that FC and RPM work.”

I provided a lot of information in the previous article. I didn’t come to my conclusion without questioning it, doing the research, and reading about the methods. I definitely expect people to question a method that has been the subject of controversy. That’s why I included so many links to articles and studies.

Yes, they work. The problem comes when you assume that “they work” means “they are 100% effective 100% of the time.” You won’t find me saying or implying that, but you’ll definitely find people claiming that I did.

Red herring fallacies are distraction tactics, and a lot of different fallacies can be covered under them. Most of the ones directed at me have been appeals to irrelevant information.

An appeal to emotion is a fallacy in which emotionally-laden words and arguments are used as reasoning. Despite outlining the reasons for my argument quite clearly, I was accused of making a “feelings-based” argument in the comments of the previous article. This was particularly interesting because the counter-arguments that same person presented were “feelings-based” appeals to emotion.

“FC has been used to justify abuse and murder.”

True. However, these cases are rare and having been used to justify abuse and murder doesn’t negate evidence of authentic authorship. That’s why I didn’t mention it in my article.

Use of loaded language

Both sides in a debate will likely use loaded language to sway others to their position. I certainly do, but I also don’t use it as my main argument. Critics believe that they are defending those who would use FC or RPM from being “exploited” or having their voices “stolen.”

I have heard comparisons made to “puppets” with their “strings” being controlled by facilitators. I have seen FC compared to identity fraud, etc. These comparisons may sway opinion, but ultimately they fail to negate evidence of valid communication.

An appeal to authority is when someone points to specific authorities on a matter as proof. This happened a lot when I was on Wikipedia. I kept getting directed to mainstream media articles in which scientists said things like, “Everyone in the scientific community knows FC is debunked!” These were used as “proof” that there was a scientific consensus.

Yet, the fact still remained that there were many articles detailing evidence that supported valid authorship. Clearly, the evidence is conflicting. Why would I take random scientists’ and skeptics’ opinions of FC over the studies themselves? I stuck to the conclusion that there is no consensus.

An appeal to popularity is a fallacy in which an idea being popular is taken as proof that it must be true. A response to my article suggested Googling facilitated communication to see how widespread the claim of it being debunked is.  Something being a widely-held belief does not negate evidence of authentic authorship.

Every new idea was once treated in the way that facilitated communication was. It’s not a logical argument for or against the practice.

Shifting the goalposts is less of a logical fallacy and more of a logical bias and often proof of a bad faith argument. It refers to changing the criteria for truth once the previous criteria have been met.

FC users themselves have also been subject to shifting goalposts:

This final goalpost is why typists like Sue Rubin (and now Lucy Blackman) have been erased from Wikipedia despite the fact that they are both capable of communicating without a support person touching them (source and source); even being able to independently type is questionable to critics.

There’s absolutely no evidence for this, but people are so willing to cling to the belief that non-speakers can’t produce cohesive language that they’ve come up with new ways of discrediting them. This is particularly why competence is part of my argument.

When arguing from analogy, the stronger the similarities between the two things you are comparing, the stronger the argument. A logical fallacy occurs when the analogy is too weak. When discussing FC and RPM, people have tried to draw analogies with channelling, mediumship, automatic writing, ufology, cryptozoology, etc.

Anything that is considered pseudoscience is up for comparison.

They are brought up to try and discredit the argument further, but they contribute nothing in terms of sound reasoning.

Critics will surely continue to move the goalposts, but I’ve outlined my argument and supporting premises quite clearly.

Let’s stick to the facts from here on out.

Ren Everett
Autist in Ontario, Canada.
My full-time job right now is to concentrate on improving my mental and physical health by taking it slow, improving my understanding of myself, and learning more about what I can offer that is valuable to the community at large.