My Journey to Self-Identification 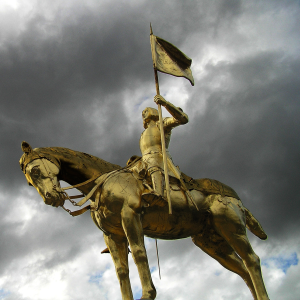 Two years ago, after my son and his father had both been diagnosed autistic, I began reading as much as I could about autism, focusing on autistic voices. As I sought to understand my husband and our son, I happened upon articles describing how autism often looks different in girls than in boys.

That was when I started to see my daughter’s habits in a new light: yes, she was always playing family, but she made families out of everything, not just dolls and stuffed animals, but also random objects like markers or sticks. I began to see this not as typical social play, but more akin to the sorting or lining up of cars many autistic boys love to do.

But the greatest surprise came as I found story after story of women my generation or older who grew up undiagnosed or misdiagnosed, only to find in thirties, forties, or beyond, often after their children’s diagnosis, that they are autistic. Every single one of these stories resonated with me.  Never before had I found myself thinking, “Yes!  Me too!”  with such frequency.

After reading many such stories, taking multiple online diagnostic tests, and many discussions with a late-diagnosed friend and with my therapist, I finally accepted: I, too, am autistic. The lens through which I began to understand my family became a mirror to finally see myself. I’d like to share some of the traits and experiences that lead me to this discovery.

I have never felt completely at home in any group.  Even when I feel sure that people like and accept me, I still feel on the outskirts.  As a child, I wondered if I were an alien, or somehow mixed up at birth, a changeling.

I was bullied in school and was never quite clear why, just picked out from the get-go, called names, chosen last for games, spat on, hit, made the subject of lewd jokes, even picked up and tossed across the field during P.E.

I’ve always been incredibly clumsy, running into corners and constantly hitting my head, dropping things suddenly and without apparent cause, pouring my drinks on myself when trying to take a sip.  Yet my artistic talents and fair musical ability demonstrate I do in fact have good motor control.

Noises others hardly notice make me feel restless or even cause me pain: the DVD player left on, the computer humming on standby, refrigerators and fluorescent lights, sometimes even the current in the wall.

If someone uses a word incorrectly or in an unexpected way, sometimes my brain will get stuck: I feel like I must clarify the terms before I can keep listening.  I also tend to listen ahead of what is being said: my thinking is very linear, and I often need to have some idea of what the end point is in order to listen well to the middle content. If the speaker starts to go in an unexpected direction, my brain has to roll back and readjust the trajectory to keep listening.

GROCERY STORES.  It is tough enough for me to shop Kroger (a chain grocer) on my own. It’s all but impossible with my kids.  I get overwhelmed by sensory stimuli and decision-making, trying to follow all the coupons and sales, make sure I have the right numbers to get the best prices, all while music is blaring, lights are glaring and buzzing, and the kids are asking for everything in sight.

I start to panic, stress hormones overwhelming my ability to do what needs doing, sending me into fight, flight, or freeze mode.  Since I’ve found Aldi, a smaller grocer with minimal choices, no loudspeaker music, and no coupons, grocery shopping has become a much more peaceful chore.

I experience moments after extreme stress where I am unable to speak or move.  In order to overcome this, I have to breathe in the quiet, then focus on the limb I need to move, and visualize it moving, feeling a momentum of energy will build up and flow through my body.

Sometimes seemingly-insignificant things are overwhelming: a bump of my head, dropping one more thing, a spill, can send me crying.

I am absolutely terrible at small talk or starting conversations.  This was especially clear to me recently when a friend’s young nieces and nephew were asking me typical “getting-to-know-you” questions, and I was simply incapable of keeping up this conversation with a few preteen kids.

According to my mother, I barely spoke until age three, when I began to speak with complete and grammatically-correct sentences.

At times, I have extreme reactions to textures: some days I may try on several shirts until I find one I can wear– not because of look, but because of feel.  Once I took a sip of coffee from a mug at my mother’s house and shivered, exclaiming because the texture of the mug was absolutely intolerable.

I fidget a lot, playing with my fingers, toes, hair; biting my lips; tapping my feet; just never sitting or standing still.

I am a dialect chameleon: my accent comes and goes, depending on my audience.  Once when I worked in a bookstore, there was a British couple who regularly came for tea.  Every time I served them, I had to consciously fight not to imitate their accents so they wouldn’t think I was mocking them.

As a child, when I attended a camp in Arkansas, I returned home to Louisiana with an Arkansas accent.  Yet when I later moved to Virginia and eventually attended college here, I was told I didn’t sound Southern or even that I sounded like I was from the North.

“Background music” does not exist for me: I am never not aware of any music or TVs playing.  If most people experienced waiting rooms the way I do, their design would be radically different.

Until I learned about autism, sensory processing differences, dyspraxia, and demand avoidance, I had always been baffled by how different my experience of the world seemed to be from the norm.  For a while I tried (and failed) to fit in.  Eventually I learned to embrace my weird.

And now I can name it: I am autistic.  My very neurology is divergent. At the most fundamental and literal level, I really do sense and process the world differently.  I have always known it. It is so gratifying to my deep desire to understand the world to finally know why. 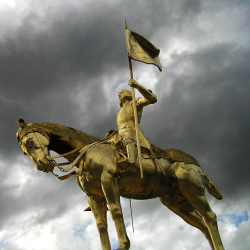