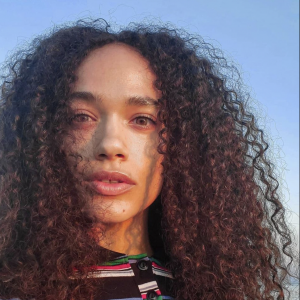 Autism is a social, developmental, and neurological difference. While we are on the cusp of recognizing Neurodiversity as inherently valuable and inherently human, the truth is that interpersonal connection can be very hard for autistics. Dating, relationships, and friendships often feel like elusive dreams. We may be able to forge a connection with neurotypicals, but sustaining this connection is another battle.

For this reason, many autistics are seeking connections with other autistics. The world of social media has opened us up to the global reality of neurodivergence. Even so, signing up for popular dating and friendship apps can feel daunting. Even if we disclose on our profiles that we are autistic and seeking only autistics, we may still receive messages from unwanted matches.

And let’s be honest: Sifting through hundreds of profiles in the hopes of finding another open autistic sounds like a full-time job. Not to mention that, at the end of that arduous search, we can only hope that we’ll actually be compatible with the other autistic we find.

In the midst of this frustration, a light has emerged. Say hello to HikiApp. This application markets itself as a social dating and friendships platform for the autistic community. I’ve had the opportunity to work for Hiki App as an autistic social media influencer. So, I want to make it clear that this review is not sponsored.

While it sounds too good to be true, Hiki is a legitimate app. Still, autistics, myself included, are well-known for being hesitant to try new things. I decided to sit down with the Founder of Hiki app, Jamil, and the Social Media & Community Manager, Brandy, in order to get to the heart of Hiki. Here’s 7 things I learned.

“If you are looking for a relationship, you have so many people on Hiki that will be similar to you or understand you even if they’re not the same,” says Brandy, who is autistic and has ADHD. “If you’re looking for just friends, you can have both. We have so many people that have met their partners and have made friendships on Hiki, and I think that it’s just important for us to have [that option].”

The creators of Hiki want to make one thing clear. Hiki exists to build autistic community for all: “Some people are there just for friendship,” Brandy explains. “They’re married, they are with partners, and they have no interest in anything romantic. They just want to meet other autistic people that share the same interests.”

2. Hiki Is Operated by a Neurodiverse Team.

While some apps, products, or community spaces that are designed for autistics are made by neurotypicals, Hiki has never operated in that fashion.

“We are a neurodiverse team,” says Jamil, the allistic founder of the app. “Our product is not just for the community, it was built by the community. We really want that message to be clear that autistic adults are the ones who are driving this product forward, driving this community forward. I think there’s a bit of trust that goes along with that sentiment and that ethos.”

Many dating and friendship apps contain only profiles and private message conversations. Hiki takes a different tact with their unique social feed feature.

“Hiki is a social app that is very similar to Instagram or Facebook,” Brandy explains. “There’s a feed area where you can meet others and share certain interests.”

The feed operates as a community forum where Hiki users can post publicly. Here, autistics can talk about just about anything. “This is a great way to meet other people who share similar interests,” says Brandy, “because you can make a post about your day and what you’re doing at the moment.”

Since Hiki is designed for and by autistics, the team takes user feedback very seriously. The app is continuously updating for accessibility. The more people who sign up and leave feedback, the more the app can adapt to suit the autistic community.

“I think the number one criticism that we get is, there’s just not enough people in the app,” Jamil admits. Still, as Hiki constantly changes for their users, that base of users will hopefully grow. For now, just keep in mind that Hiki may be an app that users login to once or twice a week instead of multiple times a day.

5. Hiki Asks Questions that NDs Want to Be Asked.

Signing up for a dating or friendship app generally includes About Me prompts. Unfortunately, these vague questions can leave our heads reeling. After all, just how much information are we supposed to include in our answers?

Hiki tackles this issue by asking more specific questions for users. Some of these prompts include: What are your hobbies, or what do you like to do for fun? What music do you listen to? What movies do you like? Even more, there are some fun sentence starters like, “My favorite stim is…,” and “If I could pick one song to listen to for the rest of my life, it would be…”

Additionally, Hiki strives to be sexual identity and gender-inclusive. Upon signing up, the options for gender are listed as: Man, woman, transman, transwoman, and non-binary. Users can also select the gender of their preferred matches. All that being said, please note that Hiki is only available for ages 18 and up.

Virtual social platforms can be frightening for a lot of users. There may be unwanted interactions, scammers, bullies, and other uncomfortable presences. Hiki is well aware of the need to make their app a safe space.

“We really care so much about the community there and keeping it safe,” says Brandy. “We are constantly monitoring for scammers.”

Beyond scams, users may encounter difficult interpersonal interactions. Brandy continues, “I also help to monitor the [social] feed. We want to make it safe and stress free for the community, so we think that it is important to remove things that could trigger someone or be harmful, or if someone is arguing, we will remove the comment and ban the person for a little while to let them cool off. Sometimes we get criticism for monitoring a little bit too much.”

Still, bans don’t usually last forever. It’s just a moment for users to take a break before returning to the app.

Overall, though, Hiki seems like an easy-going space. “These apps can be scary places,” says Jamil, “but I think a lot of people have found a tremendous amount of positive community engagement and love and a feeling of sort of solidarity amongst this identity that I think doesn’t exist in the other consumer social apps that have been in the marketplace.”

In today’s digital world, nothing seems to happen unless it’s on social media. Hiki is well aware of the immense autistic presence on Instagram, TikTok, Twitter, and YouTube. As such, they have accounts on all of these platforms.

What’s more: Hiki’s social media accounts aren’t just advertising hubs. On TikTok and and Instagram reels, they work with autistic influencers to talk about autistic dating life. Their Instagram stories are full of humor. Brandy designs eye-catching graphics about important issues in the autistic community. Even more, the app is kickstarting IG Live Q&A’s. These conversations will function as community discussions about autistic dating and friendships.

Hiki is completely free for all users. If you’re interested in trying out HikiApp, you can find it in the Apple App Store and on Google Play. 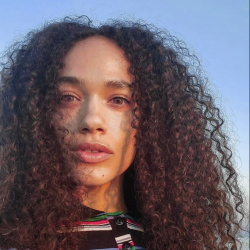 Lauren Melissa Ellzey
Lauren Melissa, known across social media as Autienelle, is an autistic advocate and social justice influencer. She seeks to cultivate awareness and acceptance for the actually autistic community through neurodiversity activism. Even more, she actively engages in dialogue across lines of difference, highlighting the inequitable systems that oppress queer and BIPOC communities. On Instagram, Lauren Melissa addresses everyday coping strategies for autistics by answering questions through "Autietips." In this way, she hopes to build a society where autistics nurture autistics as we strive against ableism toward a destination of true inclusion. Leave Lauren Melissa a tip on Ko-Fi.