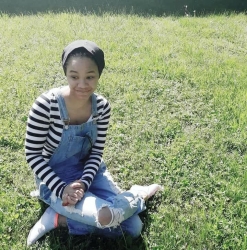 In order to really move forward with how we think and talk about autistic people, we have to address what people know as “severe” autism. I am diagnosed as ASD level 3, which would also be known as “low functioning” or “severe.”

I was diagnosed into adulthood. I lived the entire first quarter of my life being called “smart” and “stupid” simultaneously, copying others out of sheer terror.

How is this possible?

Because we are wrong about what those terms mean.

The stereotypes society attaches to the “profoundly autistic”

I think the stereotypes associated with being “profoundly autistic” are a major contributing factor to why ABA is so harmful. ABA therapy is touted as the solution for managing the “challenging” autistics– those ones who don’t speak; therefore, the ones most vulnerable to abuse.

When most people see a child screaming and flailing, looking all around, unresponsive to people’s communication, not toilet trained, making grunts and gestures, they can’t also see competence at the same time. They see something they must fix.

I don’t see someone who needs to be fixed. I can look right at a kid displaying all of these behaviors and see myself. And I don’t see myself as broken. You know, by now, autistic people understand each other. And I, too, had low expectations based on my level of life skills.

“Severe” autism is not a “type” of autism. Co-occurring conditions which are complicated by autism and vice versa may impact what people see on the outside as “severity” levels.

Because I didn’t know what dyspraxia or sensory processing disorder or dyscalculia or photophobia or misophonia or visual processing or auditory processing was, or really, even autism, I have been denied the language I needed to talk about how I was experiencing the world differently from people around me.

When everyone around a child is so ill-informed, it will cause so much pain for that child because we understand enough to know that we don’t understand the world around us.

So we seek guidance from anyone not autistic because we have internalized that we don’t understand anything, and they must.

Despite the hell I’ve been through, I would say I had a better chance of breaking my conditioning than a child who had a diagnosis and was held down by low expectations.

I had just enough outside voices telling me I could do anything– not the same way, but in my own way, in my own time, usually a direct correlation to how comfortable I felt around other people.

It was hard. I had emerged into the world completely reliant on outside opinion, looking for a caregiver in every person I came across, and here people were yelling at me to do things for myself. They didn’t understand why I was so dependent.

I believe every autism “success” story is a person who had just enough of the right support to break through. Even just one person that presumed competence made all the difference.

This doesn’t mean forcing us into overwhelming sensory situations. It means not pathologizing our emotions, infantilizing us, and trying to change our behavior instead of learning how we work.

I had my breakthrough in a psychiatric ward, because although I had learned to push myself, I had a limit. Masking has a limit. Had it been the wrong kind of place? That sought to change me and not give me tools to advocate for myself?

Had my psychiatrist there not recognized in me what I refused to rely on recognizing in myself, I don’t know where I would have ended up. Perhaps with some other diagnosis or a whole list of diagnoses, a note of “aggressive” pacing, falling further and further through the cracks, lost in the system.

What if she had not been someone equipped to view my rocking in the stationary chair with my feet up, complaining of intense sights, sounds, and feelings as autism and acute emotional intelligence? What if I had been given an IQ test instead of recognized as autistic with sensory processing disorder?

I don’t know what I would be doing today if I hadn’t been diagnosed. If this difference that I had always been aware of hadn’t finally been given a name, and language to give it meaning. If I hadn’t taken time to figure out what “Level 3 Autism” meant to me… what would I be doing?

It certainly wouldn’t be this.

unmasked24
Tee Mone't runs the page, Unmasked, on Facebook. Diagnosed as an adult with Autism Level 3 (high support needs), she works to help others understand what it means to be autistic. She is here to educate. Here to learn.

Latest posts by unmasked24 (see all)