From an Autistic Catholic Priest: Don’t Drink Bleach Even If Bishops Say To 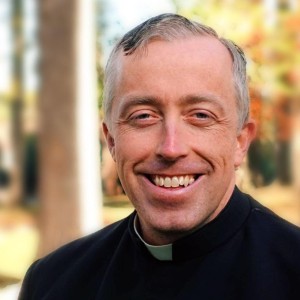 I’m an autistic Catholic priest, and I want to protect vulnerable groups from the Catholic representatives advocating for bleach consumption for treating COVID. This is not representative of Catholicism at large.

I imagine that some of you think this is satire. It is not. In Ecuador, a bishop wrote an open letter in the newspaper suggesting that clinical trials investigate bleach as a COVID-19 treatment. Afterward, he doubled-down on this stance, explicitly suggesting the consumption of bleach.

Chlorine Dioxide, often marketed as MMS (Miracle Mineral Supplement), is a form of bleach. No scientific or medical agency recommends treating any disease with bleach.

A Chemistry professor summarizes the findings on bleach to combat disease:

“Not only is there no evidence of efficacy for any condition, there is evidence of possible harm.  Nausea, vomiting, and a life-threatening drop in blood pressure have been reported.”

I would think that drinking bleach was self-evidently a bad idea, but unfortunately, it is not.

Bertram Wick, the bishop of Santo Domingo in Ecuador, has repeatedly promoted this dangerous chemical.

I bring this up because, when a bishop promotes such crazy theories, it causes damage to the people who believe him, and it invites the Church to be mocked.

As an autistic Catholic priest, I want not only to refute him scientifically but to point out that his belief is contrary to Catholic teaching.

I also want to help my largely autistic audience understand that the Catholic Church is against pseudoscience miracle cures even if a rare member might promote them and get press for it.

I post this to an autistic page as MMS is, unfortunately, often used to “cure” (but actually cause serious damage to) autistics.

I will look at Wick’s promotion of this, the history of Chlorine Dioxide, and the reasons why we should not promote its use.

On May 15, Bishop Bertram Wick published an open letter to the minister of health in a popular newspaper, La Hora (The Hour). The piece’s central question: “why the Government, your Ministry, does not dare to carry out clinical trials with Chlorine Dioxide or Hypochlorous Acid?”

Wick cites from the 2013 World Medical Association conference, suggesting that when no cure is known – such as for coronavirus – unproven interventions can be attempted provided patient consent and if “in the physician’s judgement it offers hope of saving life, re-establishing health or alleviating suffering.”

He ends his letter:

“One day, you made the Hippocratic oath, your promise was to save lives at all costs… Failure to do so constitutes a crime, rather a felony.”

The Ecuadorian health department responded, “a narrative review report has been made, which explains the reasons why the use of Chlorine dioxide for the treatment of Covid-19 is an unfeasible proposal for patients suffering from this disease.”

In other words, we reviewed the existing evidence and concluded, based on the danger and likelihood of success, that it would be unethical to conduct clinical trials.

Later, on June 9, another open letter was published on his diocesan website in which his support for clinical trials now explicitly endorses drug delivery via bleach consumption.

In this article, he also cites Andreas Kalcker, who has promoted this Chlorine dioxide, but whose treatments were so dangerous Amazon banned his books.

In the letter, he asks, “A Clinical Trial would extinguish any doubt of the supposed ‘toxicity’ of the [Chlorine Dioxide].”

As we will see below, multiple studies have been done showing its toxicity. Unfortunately, this bishop’s support is part of a campaign that has seen many people in Ecuador start to use this chemical.

A person reported that the bishop told her that he himself is drinking bleach.

History and science on Chlorine Dioxide

Chlorine Dioxide was discovered in 1811.  It has several legitimate uses such as bleaching wood pulp for paper, disinfection of drinking water in very low doses, and disinfection of surfaces.

In 2006, Jim Humble wrote a book where he called it “Miracle Mineral Solution.” He makes many claims that this solution can cure almost every disease known to man, including various cancers, diabetes, HIV, autism, and herpes.

However, according to experts, it is highly unlikely that a single substance will treat all those conditions with different causes: let alone, bleach.

Humble’s claims are based on anecdotes. None of his claims have proven reproducible. In fact, these are proven so dangerous in preliminary testing, that human trials for bleach ingestion would be unethical.

Although Humble claimed to have a “church,” nothing about his beliefs or practices resembled anything approaching a normal Christian Church.

This is not just in their pseudoscience beliefs about MMS: their beliefs page says nothing about Jesus or the Trinity which are the central aspects of Christian belief, and their sacraments or practices don’t include either Baptism or a weekly service which would be two things associated with pretty much every Christian Church.

I actually appreciate that most recent stories use scare quotes to refer to the Genesis II “Church” of Health and Healing.

MMS is often promoted for use regarding conditions where no treatment or cure is available. For years, many have used it orally or as an enema for treating autism.

MMS is still promoted at certain “autism” conferences like AutismOne. In 2017, Andreas Kalcker, whom Bishop Wick trusts, presented on how drinking Chlorine Dioxide could cure autism.

This may sound fringe, but NBC reported multiple chlorine dioxide Facebook groups with thousands or tens of thousands of members.

With no cure for the Coronavirus available. Proponents of MMS hooked onto it as a cure. However, multiple fact checks have verified it should not be used internally for COVID-19.

As proof that MMS is working, proponents often note long materials passed by the bowel, which they call “rope worms.” These were only “discovered” in 2009. Rope worms have not been observed by x-rays, MRIs, autopsy, endoscopy, bowel surgery, etc. What they are most likely is that they are long stretches of bowel or stomach lining that chlorine dioxide is causing to be expelled.

None of the main three proponents of MMS – Jim Humble, Kerri Rivera, and Andreas Kalcker – have received medical training. I leave you to judge how likely it would be that such people would discover a cure-all that eluded all researchers.

Why we should not use Chlorine Dioxide

As has been hinted at above, Chlorine dioxide is completely unsafe and has no known positive effect when taken internally.

The UK Food Standards Agency said in 2010 that it should not be sold, noting “When taken as directed it could cause severe nausea, vomiting and diarrhoea, potentially leading to dehydration and reduced blood pressure.”

In fact, animal studies have found chlorine dioxide toxic at levels like those used in MMS. Between 2011 and 2018, the FDA attributes five deaths and zero cures to taking Miracle Mineral Supplement.

Be critical of the appearance of scientific authority

In his second letter, Wick admits why we should not run experiments: “We know that the greatest risk that [Association of Ecuadorian Experts in Integrative Medicine] saw in complying with its ‘complete’ clinical trial was not exposing patients in danger of death to a double-blind test.”

Wick tries to deflect saying that a lower dose would lower the danger of death, but the danger of serious injury is still high. If the probable harm from the treatment is greater than the probable benefits, it is unethical to run trials.

Interestingly, there appears to be a small exploratory clinical trial with 20 patients in Colombia on the effects of Chlorine Dioxide on Covid-19. However, its listing on the NIH website by no way means that the NIH sponsors their work.

In fact, this database makes it easy to list trials. Spanish fact-checkers found that the author of this study has promoted disproven medical treatments, and basic digging showed him promoting new age practices as authentic medicine.

The dangers of homemade bleach synthesis

Additionally, the recommended technique to synthesize Chlorine Dioxide is itself highly dangerous. The synthesis reaction involves mixing Sodium Chlorite with an acid, which produces toxic gases as a byproduct.

An Irish investigative journalist visited a training seminar in which even the expert trainer had to take his mixture outside due to how much toxic gas it produced.

The same investigation found that mixing chemicals as directed left high levels of chlorite ions in the water at over 500 times the WHO maximum recommended amount in drinking water per dose. This is then amplified further by the recommended to take multiple doses per day, pushing the total daily consumption to approximately 10,000 times the WHO recommended daily dose.

There is not just one but two toxic chemicals in that formula. The same documentary also noted that recommended dosing is suggested at higher concentrations in verbal communication than is seen in written guides.

Our extra responsibility not to promote pseudoscience

Everyone has a certain responsibility to prudentially judge a medical treatment for themselves and their family. Part of prudence is to do research and to trust experts in the field.

As Catholic leaders, we have an extra responsibility to not promote pseudoscience. We have the responsibility to demonstrate the proper use of prudence in judging available evidence. Catholics were instrumental in starting the first hospitals and have consistently promoted a good use of medicine and science.

In 1998 Pope John Paul II wrote a document of faith and reason called Fides et Ratio (literally “Faith and Reason” in Latin) that remains one of the clearest explanations on the Catholic understanding of the relationship.

Many look at it in terms of saying we don’t use reason alone, but it also warns against dismissing reason. Fideism is not a Catholic belief. If we follow reason, we should seek out the best science and not support pseudoscience and fake miracle cures.

John Paul II notes (25), “[Reason] is what has driven so many inquiries, especially in the scientific field, which in recent centuries have produced important results, leading to genuine progress for all humanity.”

“In expressing my admiration and in offering encouragement to these brave pioneers of scientific research, to whom humanity owes so much of its current development, I would urge them to continue their efforts.”

The endorsement of conspiracy theories and pseudoscience by Catholic leaders goes contrary to the Church’s mission and beliefs. Many of the autistic readers here probably saw the Church dip in credibility due to this bishop, and I hope this article helps remove such associations from Catholicism.

Between his two letters, I emailed Bishop Wick and asked him to retract his original letter. Since he has instead doubled down, I present the information above.

I hope that he can change his mind. I hope that leaders in the Church can stop incredulously promoting pseudoscience and conspiracies. I hope that nobody else is ever prescribed chlorine dioxide.

(I was focused on something else so this got delayed sitting on my computer for a few weeks.) 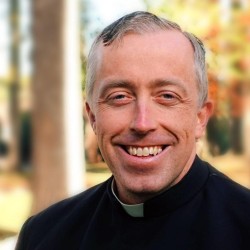 Religious Trauma and A Tale of Two “Isms”