Autism and Responding to Authority 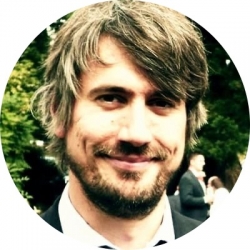 This will be a two part article: firstly, autistic attitudes towards those in authority, and secondly, how autistic people handle being in a position of authority.

I think this is a vital distinction.

It’s not that we’re deficient, after all. It’s more that this authority business is a neurotypical notion that we don’t seem to share, and thus we tend to ignore it.

Let me give you an example.

Autistic children in school are somewhat notorious for finding it hard to adapt to the authority of teachers– some teachers more than others. This is not because they’re evil little ragamuffins, as some teachers would have it, but because their natural state is to assume equanimity. Autistic students (and I speak from long experience) will not bow to authority for authority’s sake.

They will respect it, if respect can be had, and they’ll do what they’re told— if it makes sense; but they won’t blindly accept authority. By this point, my teacher readers are wincing in pain as our main tool is automatically-accepted authority.

But what can I say? Autistic people are different! This is not a deficiency, in and of itself. I believe it’s an offshoot of our particular brand of empathy that we excel at. It is used to find the common ground between people, rather than the differences. I’m aware I may be romanticising autism a bit here, which is not my intention.

So when presented with an authority figure, autistic people seek out what makes us the same, and in doing so obliterates the arbitrary (to us at least) difference of their ‘authority.’

We automatically seek to be on a level with *everyone* we meet. This is subconscious and not controllable, unless we really need to. It occurs throughout our lives from childhood to old age. It makes us *really weird* to neurotypical people, who seem to accept authority happily.

So another example: an autistic person meets their company’s CEO. They know who they are, but they greet them as an equal. They say hi. They crack a Chandler-esque joke. They are relaxed and unfazed by the massive authority that is shrinking their peers down.

This may be great! The CEO might think, Wow! Here’s a go-getting individual, if they’re nice and positive. But they may also think, Who is this worm with no respect for my status?

Then, we’re screwed. Similarly, this trait can absolutely ruin us when the police are involved. Its bad enough in the UK, but being #AutisticWhileBlack in the USA can get you killed in altercations with the cops when this issue is occurring, and this is happening a lot.

So, to recap, autistic people– at least in my assessment– don’t recognise authority as a thing in and of itself. They will bow to greater expertise, experience, morality, and creativity, very happily, but not just to authority alone.

This is a very good and a very bad thing, because sadly, unearned authority is a big part of human existence. From police and the armed forces, whose authority is granted by an abstract “State,” to random adults in the street telling kids off– it’s everywhere.   

It’s imperative that these institutions need realise that there is a significant proportion of the population who will not accept blind authority, not because they’re baddies, or naughty, but because their brains are wired differently. This needs to be accepted now.

I’m not excusing autistic people of bad behaviour, by the way. There are always people willing to interpret my writing in the most negative possible light. I’m simply stating its a factor that needs to be understood.

But what of part two? Of autistic people in authority? How does this work?

Firstly, unless you’re literally the Queen, there will always be further authority above you somewhere, so all the earlier stuff applies, but when it comes to dealing with our “subordinates” (I don’t even like using the word), we perhaps tend to be very accepting, reasonable, and fair. Is this a thing?

I know from my experience of being a manager/leader that I just wanted to let people do their job, and assumed they’d do it well. I wasn’t happy issuing diktats to them or punitive messages from higher up and tended to try to shield them from all that crap.

But this is not how managers are meant to behave. I couldn’t handle the “telling off” side of the job (like confronting people for being ill and absent- wtf!?), so I handed in my notice and went back to classroom teaching.

I feel that autistic people might struggle with the expectations of holding authority, but ironically that we would wield authority fairly and well.