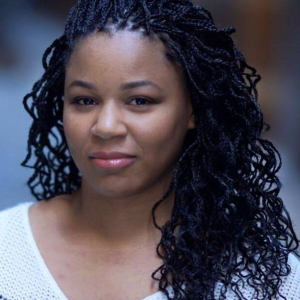 My name’s Cheyenne, and I belong to a community of people who often endure forced compliance. I grew up in the “You can be anything” generation that was continuously told to be themselves while telling children who share my identity to be like everyone else.

I grew up never seeing people like myself in a positive light on television and watching parents be pitied and praised for birthing, raising, and sometimes murdering children they said were “touched” with my identity.

In case you haven’t figured it out yet, I’m an autistic millennial. I’m also a Black woman.

I want to address an ongoing debate that is being had by those who claim to “specialize in treating” children like me: the use of ABA on minority autistics.

Now full disclaimer: I have been lucky enough to have never been subjected to ABA in my lifetime, but only because I was unlucky enough to not fully realize that I was autistic until I ran full-speed into a series of burnouts and meltdowns well into adulthood due to my health not being taken seriously.

Prior to then, I’d only been identified as autistic once, at the age of 18, by a stranger, and to this day I don’t know if it was as a question or an insult.

I’ve been a masking autistic my entire life– so much so that I had to learn who the hell I was and am still taking steps to unlearn the facade I’d struggled to maintain after years and years of pacifying everyone but myself.

After finally realizing and admitting to myself that I was autistic, I began to realize that many of my struggles were actually made worse by donning a mask my entire life.

When first approaching the topic of ABA, I was convinced I had no right to offer my opinion. However, while I have no experience being subjected to or healing from ABA, I do have experience living without it. I also listen to and support autistic survivors of ABA and stand firmly against it in any form and for any reason.

This brings me to my focus:

There are ABA professionals who push the need for ABA due to dangers faced by autistics of marginalized races and ethnicities. They argue that it’s necessary for Black, Indigenous, and other minority neurodivergents (NDs) to learn to mask because it will make life better or safer when facing law enforcement or racial tensions.

I can say with 100% certainty that this is complete bullshit– not to mention racist.

A lifetime of subservience and discomfort is not the answer to racism, and no amount of torture disguised as therapy will make a neurodivergent child neurotypical.

This is equivalent to putting a bandaid on unbroken skin that’s allergic to adhesive by piling unnatural behavioral expectations onto children whose brains are not and will never be the same as the majority.

I used this metaphor because I’m actually allergic to adhesives. Before I realized this, doctors would place bandaids on me after shots or injuries, and over days or hours, my skin would become uncomfortable, swelling and itching until I ripped the bandage off.

It took me years to realize that the problem was the synthetic material and that the reaction to it wasn’t worth its original purpose.

I relate this synthetic material to masking. The result is similar to filling a pot of water to the brim and forgetting it, letting it silently boil over or burn out, damaging the pot.

You’re creating a lifetime of trauma that will take years to unpack. What may look like a success story to you is nothing more that layers and layers of invisible cloaks- always needing tweaking in unpredictable situations at every stage in life. It’s exhausting, unhealthy, unnatural, and just excruciating.

Please stop using the worlds’ ignorance as justification for inflicting pain to support your pockets and biased research.

Before you attack me for having the “privilege” to live a masked life, I urge you to understand what this life entails. As a 30-year-old woman, I’m now wedged into a space where my ability to mask is used as justification as to why I should have no excuse not to mask for the rest of my life.

This insistence at one point led me to a time in my 20s where I couldn’t convince myself to leave home for almost 2 years for reasons other than school. I ended up unemployed and in need of support with things that I could once do with my eyes closed. I struggled to explain this to those who’d known me my entire life, but all they saw was the cracking mask I’d built over the years and called me lazy, spoiled, sensitive, and needy.

No one could tell I was now tired and confused because I’d grown up pretending I wasn’t. To be honest, it took an entire pandemic for me to have the opportunity to dismantle the persona I’d created for myself after years of meltdowns and mental health problems led me to finally rediscovering who the hell I actually am.

The Case for Masking to Prevent Police Altercations

I was recently reading a social media post by an Indigenous BCBA who argued “…skills akin to what we call masking, or addressing behaviors towards conformity may be enraging to those who don’t walk the journey of knowing that one small stim can get a Black autistic child brutally murdered…”

The more I read her excuses, the clearer it became to me that this person had no understanding of the journey through life as a masking Black autistic, or that they were exploiting our pain for their career.

Another BCBA admitted to forcing masking on their own adult disabled family member because society would find her threatening, even after this person clearly expressed they did not want the BCBA’s input.

There is this assumption that masking autistics can just suppress meltdowns at will.

There’s this assumption that masking autistics are safer when it comes to police interactions.

There is this assumption that masking autistics will have fewer conflicts or face fewer dangerous situations.

All of these are false. All masking does is support the false assumption that functioning labels are a real thing.

I’ve had disastrous meltdowns in front of mental health professionals who only saw my mask and assumed I needed heavy medication for severe depression- solely because I was being continuously dismissed. The irony was that my mask was the reason for the dismissal.

I’ve been followed, approached, and confronted by cops who’ve accused me of being under the influence of drugs or “special” because I was either too cautious or not cautious enough because of my mask.

I’ve been accused of pretending to be a fraud when showing my Disabled DOD ID card to security because Autistic and Veteran are two titles usually not heard used together.

I’ve had my mask used against me when I found situations difficult to endure or when the real me peeked through in happy instances.

Any of these situations could have escalated and resulted in a dangerous outcomes because of my ability and expectation to mask– and some of them have.

Masking can be much more dangerous that not masking and the solution to keeping minority autistic children safe in these situations is to educate society- not force a lifetime of pain and discomfort on them. If I’m honest, my gender and career choices have prevented more conflicts than my mask, which often draws more attention than my natural personality. I cannot describe the desire to be 100% myself in the world, but I can tell you that masking is invalid justification for the use of ABA.

The misunderstood belief that masking autistics lead better, happier, or safer lives is dangerous because for the majority of us, masking is the direct result of avoiding and suppressing trauma and it is impossible to understand this without seeing the world through our eyes.

No degree or specialty will allow a neurotypical “specialist” to experience our realities.

Conforming won’t make racists less racist. If anything, it falsely implies that autistics could and should be like everyone else, which could (and does) have detrimental effects on mental health and safety. Conforming forces us into a lifetime of sacrificing our own comforts to accommodate neurotypicals and supports the belief that autistics can be “fixed” instead of supported, accepted, and heard. It forces us to push ourselves to breaking points, endure emotional abuse in professional environments, and become subservient to those who benefit from our oppression.

As I grow older, I learn just how much my being autistic has helped me in life– not my mask. Whenever I hear of ABA experiences from other autistics, I find myself realizing just how much worse off my life could have been had I been subjected to it. ABA strives to change everything that makes me me, and avoiding racism should not be a reason or exception to champion it.

Imagine what could be possible if neurodiversity was embraced instead of ignored– if autistics were allowed to educate neurotypicals on their autistic traits instead of being segregated by their ability to use speech and motor planning disabilities, all while being told we don’t know what is good for us.

What if police were instead made aware of autism and stimming before they murdered Elijah McClain, who was physically restrained and administered a lethal dose of ketamine for acting “suspicious”?

What if police understood the autistic tendencies to be honest and do good instead of trying to deport Osime Brown, who was arrested for trying to stop his friends from committing a crime they confessed to?

What if police were made aware of echolalia– a trait used as evidence to wrongfully sentence Matthew Rushin to 50 years in prison and something I use every day of my life to process and log information into my long-term memory?

What if the law actually protected autistics in trouble instead of giving them 20-year sentences, like Champ Turner, who sought help after being physically attacked with a knife?

It’s pretty evident that faking a neurotype does not protect us from racism or the possibility of violent altercations. It doesn’t protect autistic immigrants from being used as medical guinea pigs or help students get the proper supports they need to pursue their dreams.

As an autistic Black woman, I still struggle to pull back 30 years of layers and dream about one day being able to be my authentic self. The closest I’ve come to that is in autistic spaces, which I truly believe has saved me in many ways.

Not only is masking misunderstood by those who will profit off of our pain, but it also does nothing to educate, deter, or penalize those who seek to do us harm.

I implore ABA professionals to take a deeper look at the roles they play in the destruction of autistic lives and dreams. If you truly seek to protect our Black and Brown children, then educate yourselves– not from books written by neurotypicals for neurotypicals and taught by neurotypicals, but by advocating for equality, agency, and accommodations with us instead of speaking for or over us.

The Strategies of ABA – Not an Autism Mom’s Thoughts: Part Two