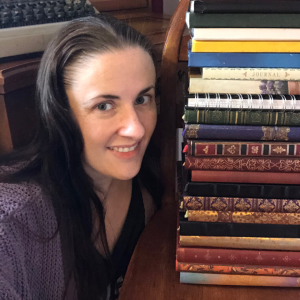 February 20th, 2014 was, hands down, the worst day of my life. It was the day my greatest fear became my new reality.

My grandmother died, and I was pinned, helpless in a fog of memories and an ocean of tears, and on a visceral level, I felt the ripping sensation as the fabric of my very existence came apart at the seams.

The Loss of a Foundation

You see, Grams was so much more than my beloved grandmother. She was my best friend in the world, my confidante, my emotional security blanket. To my troubled mind, she was the only person who loved me unconditionally, the only person who understood and respected me, and the only person in whose eyes I was good enough exactly as I was. We talked on the phone almost every day, and we got together to visit at least once a week.

She was always there for me with her unfailing kindness and her bottomless well of compassion. She had a way of making everything okay, no matter what. Yes, Grams was my support system.

Grief is a universal experience. Autistic grief is not.

Grief is a universal experience—we’ve all been there, and if we haven’t, we will be there at some point. However, neurodivergent people experience grief differently from the rest of the population, and there’s no two ways around that one.

“If I had to sum up our [autistic] way of thinking in one phrase I would say, “It’s all about me…” writes Deborah Lipsky (who, like me, is Autistic), in How People with Autism Grieve, and How to Help: An Insider Handbook (2013). “It sounds selfish, but that is how our brains are wired.”

Grams died before I was diagnosed with ASD. There was no obvious rhyme or reason for my many quirks and idiosyncrasies, so no one understood that I was dealing with a kind of sensory processing failure or that what we now know are my autistic traits were bound to be more noticeable.

I had less ability to process information, and less ability to act out the social rituals and norms of grieving that were expected of me. Oftentimes, people don’t realize that “the act of processing emotions actually impacts other brain functions,” says Karla Fisher.

It was difficult for me to be around my family, and I have a wonderful family. I get the impression that neurotypical people find it comforting to be in the presence of other mourners, but I could not deal with it.

The death of someone near and dear is a big, unwelcome change for anyone, but autistic folks are notoriously resistant to change of any kind. Lipsky explains that it’s best, if possible, to “…acclimatize an autistic individual to the concept of a loved one dying well in advance of their death.”

I had no time to acclimate.

Sudden death is utterly devastating—traumatic—for anyone, never mind for someone autistic, and when it’s the sudden, unexpected death of your ‘special person,’ it’s absolutely excruciating.

Grams was perfectly fine one day and dead the next. It was anguish in every sense of the word. It threatened to overwhelm me, to crush the life out of me like a colossal slab of granite dropped directly onto my chest.

Autistic people often struggle to manage emotion, and I was no exception. Some of us don’t overtly show our grief. Our grief may be delayed, or maybe—like me—that grief is extreme. Three days into my bereavement, I wrote,

I can’t write what I feel because the words to describe what I’m feeling simply do not exist. I feel like I’ve been eviscerated that’s the best way to put it… It’s so horrible. All I want to do is talk to Grams, but then I reach for the phone and remember that I’ll never see her or talk to her again, and it’s killing me.

It’s killing me. That was not a figure of speech. Faced with the impossible task of learning to live without Grams, I literally believed that I would die, and had it not been for the daily fistful of antidepressants that literally keep me alive… I don’t even like thinking about what might have happened.

What doesn’t kill us…

Everybody knows that line about what doesn’t kill us makes us stronger. We’re all familiar with that platitude about time healing all wounds, and to some extent, those old clichés exist for a reason (at least for me). I am stronger, yes, and that gaping wound has since become a scar, but it’s a very prominent scar.

It’s gnarly-looking, and it’s highly sensitive to the touch.

A year or two before Grams died, I confessed to her that I didn’t think I could survive without her. I told her that her death would be the death of me as well. She shook her head a little and said, “Oh, you’ll be sad, but you’ll be alright. You’re stronger than you think.”

She was right. I did survive, and after a lifetime of self-loathing, I’m at peace with who and what I am. I’m happier than I’ve ever been, and I wish she could be here to know me as I am today.

I’d like to think she’s out there somewhere, smiling as she watches over me.

—Thank you for encouraging me to write about Grams, Ashley.  You’re awesome, kiddo.—

“That’s SO RUDE!” Is It, Though? (Helping To Bridge The Gap Between NT & ND Communication Needs)