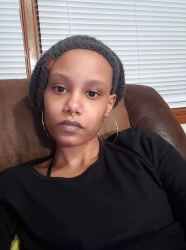 I’m here to Talk about autism, give a little insight, and help spread some awareness. I’ve made a video on this (below), and this is the written portion with links for your reference and to learn more.

This article will give a more detailed description as-well-as links and definitions where you can learn more. There is a glossary at the bottom of this article to define words noted with an asterisk.

I know everyone’s experiences are not the same, and growing up, I did not experience many adversities in the way a lot of Autistic children my age did. But I am here to talk about certain things in the Autistic community.

In the beginning, Autism was mostly studied from the male mind. It was believed that female children could not be Autistic, or that it was rare. The same was true for ADHD.

Males are often diagnosed early in life, from ages 18 months to 3 years old.

Females* and those with marginalized gender identities are grossly under-diagnosed, with males being diagnosed 4 times more often than females. Girls are diagnosed around 4-15 years old, not nearly as early as their male counterparts.

*Note: for the purposes of this article, “females” means those assigned female at birth and should be considered inclusive of people with nonbinary gender identities.

If not diagnosed as Autistic in early childhood, most females don’t find out until their mid 20’s, which can be even later for Black women. Autism is a spectrum, and females, in many instances are deemed “High-functioning,” but this is not a compliment. Females just tend to have better “masking” or coping skills than males.

Yet, female behaviors are deemed “too emotional, sensitive, or needy.”

Intersections of Autistic and Disabled Identity are Underrepresented in the Media

Well, we do! Here I am, Deaf, Disabled and Autistic!

People from my community have to fight even harder to be taken seriously.

Black children are diagnosed up to 3 years after their parents express that their child might be Autistic. This is 3+ years later than white children. The typical ages for diagnosis in the Black-POC community are between 5-25+ years old! According to AANE, “Black people are usually underdiagnosed, misdiagnosed, disciplined, or KILLED for having a mental disability such as Autism! […] Black children are considered less likely to meet the criteria for an Autism diagnosis than white children.”

In recent years, Black women have been diagnosed even later in life from around age 25-47! The stereotypes surrounding Black women also play into their Autistic diagnosis.

Black women are often perceived as loud and mean.

This perception greatly affects Black Autistic women in school or the work-place. If being assertive, this behavior is treated as aggressive. When needing an extra moment to contemplate a response, or to process a certain situation, this quietness is seen as “domineering or superior” behavior.

A lot of Autistic women (especially Black women) have learned to *Code-switch, or adjust their behavior to fit in to different contexts. But many cannot, as trying to understand different tones, body language, spoken language, and situations often leads to anxiety and brain (sensory) overload. Then comes the melt-downs, blow-ups, or tantrums seen in children and casually (wrongly) referred to as ‘dramatics’ for women.

Many judge Autistic children (adults) too harshly because they are not qualified to understand the situation, because of under-training and how Autistic, Deaf, and Disabled people are portrayed in media and movies. In schools, restraint with deadly force is used that is causing harm, or even Death! Techniques such as sitting on, bear-hugging, or unsupervised isolation are not positive or safe ways to stop a melt-down!

When an Autistic child is having a melt-down, the 1st thing is to make sure the child isn’t harming themselves or others. The next step is to identify the triggers. It could be sensory related or a change in routine. Having a distraction or sensory safe toys for the child can help deescalate things.

*AAC devices are used in schools for Autistic and Deaf non-verbal children to communicate.

But in recent years, there has been an increase in forced *Oralism and restraint, along with anti-stimming rules as part of new “therapy” techniques. This is harmful! Disabled children rely on devices, sign language, and *stimming as alternative ways to communicate their needs and emotions and as a way to self-calm. Oralism is linked to being “educated.”

Because of this bias, children’s AAC devices– their voice– are being removed during certain periods, and the children are being forced to speak to communicate what they need. This is dangerous! When the child cannot properly vocalize, they are met with threats of punishment, or when they are upset and need to stim, their hands or bodies are restrained or slapped to force them to use their words.

Alternative communication is a must!

Oralism is applied to autistic people as well. There are many non-verbal autistics and autistics with language processing disorders that spend countless hours in speech therapy and do not speak. Some speech therapists (not all) do tell parents not to use signs because it would delay their speech.

ABA is also used to get an autistic child to speak. ABA can sometimes add up to 40 hours a week! There are some parents who use forms of quackery to say it will help their child speak. ASL is normally frowned upon because it is different than speech.

From Fierce Autie, “Oralism in Deaf and Autistic Communities“

There are a lot of parallels between the Deaf and Autistic communities and needing communication! Forced oralism, trying to find out where we belong in the world, learning coping skills, and dealing with *audism and *ableism are just a few.

I added below the links and meanings of words so you can continue to learn a little more!

*High-Functioning Autism: A functioning label often used to refer to Autistic people who read, write, speak, and manage life skills without much assistance.

*AAC: Augmentative and alternative communication (AAC) is a specific type of assistive technology that can benefit people with autism of all ages by promoting independence, expanding communication, and increasing social interactions.

*Oralism: the system of teaching deaf people to communicate by the use of speech and lip-reading rather than sign language. (Teaching the same to Non-verbal Autistics)

*Audism: A negative attitude toward deaf or hard of hearing people. It is typically thought of as a form of discrimination, prejudice, or a general lack of willingness to accommodate those who cannot hear.

Latest posts by Genesiz (see all)