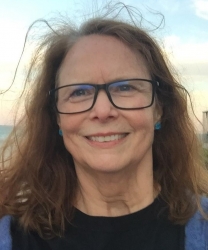 ICARS: The Time to End Restraint and Seclusion is Now

Sia: Thank you for putting on #BadGuyPants