Being a Good Friend When Talking About Suicide #NoDejahVu

I’ve had three very close friends share with me that they have tried to kill themselves, while in crisis and after the fact.

When someone tells you about their suicide attempt or calls you in crisis, it’s always hard to know what to do.

I’m going to describe some of my experiences with this for the sake of normalizing these hard conversations.

Examples of some of these conversations I’ve had are:

How I responded is not the best way. It was just the best I was prepared to respond at the time.

Hopefully, sharing these hard conversations will make it easier if you ever find yourself in a similar situation.

The first person who told me she’d attempted to kill herself is my favorite person on the planet. She’s like a sister to me.

She told me about it when we were in high school. I don’t recall what prompted her to tell me. I think we were having one of those late-night conversations that feels deep and intimate.

When she told me, it wasn’t recent, and she didn’t seem upset. She said it casually, but I didn’t get the feeling she wanted to talk about it.

It was the end of my freshman year of college.

One night, I went for a walk with one of my closest friends. We take a break to sit down in a field and stare at the sky.

It’s so dark I can’t see my friend, and that’s when he tells me that he wasn’t at school recently because he was in the hospital. He had tried to kill himself.

I start crying, and he’s somehow surprised that I care enough to shed tears for him.

I ask questions, not really knowing how else to react other than sit there, crying, staring at the sky.

Hesitantly, he explains that he’d been really upset because of his parents’ recent divorce and because of me and how I’d been “leading him on” all year.

I was really hurt that he was blaming me for his suicide. Really hurt! But I sat there, and I consoled him as friends do because this wasn’t about me.

Ever since then, I’ve been extremely anxious about platonic relationships with men.

It was my junior year of college. I had been dating a guy for a couple months, but we recently ended our romantic relationship.

We decided we’d stay friends, but we rarely hung out anymore.

One evening, he texts me that he’s feeling suicidal. I call him immediately to try to find out where he is and what’s going on.

He’s at his apartment.

I ask if I can come over. He consents.

I drive over as fast as I legally can.

I park. I call him from my car so he’ll come let me in. He doesn’t pick up.

I’m freaking out. I don’t know what to do. So, I Google it. “Suicide.” First thing that pops up is the crisis hotline. I call.

I do not have any recollection of what they said. But I wasn’t on the phone long, and I was not told to call the police. The conversation ends because my friend comes out and lets me in.

He seems intact. I question him. He hasn’t taken any pills or anything.

I go with him to his room, and we watch comedy sketches on YouTube for a couple hours. Then, I leave because it’s late.

He never invited me over anymore, but I was the first one he reached out to when he wanted to hurt himself. I appreciated that he trusted me that much, but it wasn’t the ideal relationship dynamic.

I hated myself for thinking this, but I suspected he might be using his mental health as an excuse to get attention. When he’d message me, I’d drop everything even if I had a looming homework deadline.

I talked to him about the frequency with which he was communicating suicidal ideation. I recommended he seek the aid of mental health professionals rather than use me as his primary mental health support.

I told him that I valued how much he trusted me, but that I couldn’t be that person for him. It felt like a selfish request, but I didn’t see what other choice I had.

My senior year of college, I miss a call from my best friend. I was studying or something.

I try to call her back when I’m free, and I go to voicemail. At the time, I don’t think anything of it.

She eventually returns my call and informs me that she took enough pills to kill herself.

I immediately hate myself for not answering the phone the first time she called.

I urge her to go to the hospital to get help. She doesn’t want to.

I’m out of state and it would take me several hours and hundreds of dollars I didn’t have to get to her.

I urge her to tell her parents so they can help. She refuses and threatens to end our friendship if I call them without her permission. She sounds serious.

I urge her to go throw up right now. I plead with her in every way I can imagine, but she’s stubborn and she doesn’t want advice.

I don’t know what to do, so I just comfort her. I tell her how much I don’t want her to die, how I’ll be home to visit soon. I ask about the horses and other things she enjoys.

The conversation ended on a very tense note where I think she gave me some assurance that she would go get help without her parents’ involvement.

I decide to do nothing, knowing full well I’d hate myself if she died.

Later that day, her mom messages me from the hospital and tells me she’s in the ICU. She’s going to live.

I thought having so many friends try to kill themselves meant something was wrong with me.

Did this mean I was drawn to depressed people?

Did this mean there was something wrong with me?

Or was suicide just this common now?

Lack of resources for hard conversations

I started having these hard conversations as early as high school. I handled them as best I could, but I’m sure I could have done better.

I was never educated on how to deal with moments like these. Very few people are prepared for these events, and I think that needs to change.

Hopefully these anecdotes can help you to prepare for the possibly that someone may one day reach out to you to talk about suicide so that you can be prepared to respond in a way that is healthy and helpful for you and for them.

Many schools include mandatory health education courses, but that curriculum fails to cover mental health with the exception of two states. New York and Virginia have mandated mental health be included in the curriculum (NAMI).

If you think more states should require mental health education in health courses, inform your local officials and school boards. 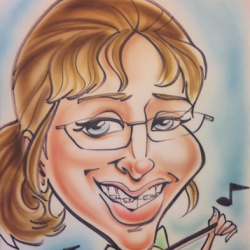 Follow me
Andi Barclay
I love engaging with others about what I write. I encourage you to comment below or, to speak confidentially, shoot me an email. She/Her.
--
If you want to express your appreciation for my writing, consider supporting NeuroClastic's charitable efforts -- described here.
Thank you!

Follow me
Latest posts by Andi Barclay (see all)