Butterfly in a Blender 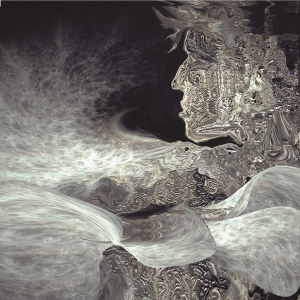 A few nights ago, I was out to hear some local live music and blow off a winter of hibernation and dreaming. While I was out, I overheard a remark that referred to me as a “force.” An odd description for someone who deals with what the world considers a plethora of disabilities.

When I questioned the reason for the remark, it was in reference to a discussion of how my life and I had visibly shifted over the last while. They had talked about how interesting they felt I am, how comfortable and natural in my own skin, remarking too on how they see my life is growing into a suit of excellent fit– one I’m very clearly enjoying living in.

From a certain point of view they are correct.

I write, I make art from music, I search for the perfect bite. I research humanity and its interactions for clues to world peace. The multiverse seems a natural fractal evolution and replication of interconnection formed by entangled thought.

My life is shaped much like a holistic rogue music festival hidden in a boarding house garage owned by Mrs. Who Mrs. Whatsit and Mrs. Which. Some people have described it as “cool.”

There are other days. Not as many as there used to be, seldom now rather than most. Those days when the whelm gets topped up and overflows are different.

Different is dangerous, I learned very quickly. It sets you up for misunderstandings, bullying, and voiceless exclusion. I feared the violence of exclusion from my society. It felt like an invisible set of cross hairs constantly waiting for an opportunity to get me in its sights.

Becoming invisible myself was a defense. I thought I could manage if only I could learn all the rules and languages necessary to hide the parts considered unacceptable by the society I was born to. It is thankless and often mind-breaking work that was asking me to hide the best parts of me in favour of showing the safely-mundane to make others feel comfortable.

I’d like to tell you the story of how I got there in a little over a year. Contagiously contented. It’s a strange place that looks a bit off-kilter when it is being approached. Its because the road leading up to it is deceptively level and appears straightforward.

The road I had traveled in the last year was from vocally near suicidal and entirely overwhelmed to comfortably contented and able to remain that way. Last year was a culmination and suddenly having time to experience and process everything after a disastrous four previous years.

In those four years I lost twenty nine people close to me including my parents. Moved across country fourteen hours away from my children, grandchildren, and support system to become a caregiver while attempting to start a business. In that time I’ve dealt with two floods, two fires, and a divorce after thirty-seven years of marriage. Menopause and a health scare seemed minor compared to the rest of the heap.

Like most people who voice suicidal thoughts, I did not want to kill all of me, just the great chunk that seemed indelibly sad and alienated from the possibility of being understood. A vital piece of information cured me of that sense of disconnection. I am not indelibly sad, I am not a broken neurotypical.

Three simple, shockingly simple words, I am autistic. Hung on the air it rang like a gong, relief in each vibration. It held the keys and a map to find the lock for a cage I couldn’t see. I am Indelibly Autistic is the ladder to raise myself above the wall and see a different story unfolding. It is one of rewriting my life in context.

It is a challenge, an advocacy, a deeply secret joy in being myself. Indelibly Autistic is a banner flown for change. It is a persona, a book of travel and understanding, a state of being, finding myself being me, purely, naturally, easily authentic.

Can you feel the contagious contentment screaming from my skin like a Jeff Beck solo dancing through the ether? Does it touch you? Can you smell it like its your own? I know, I agree, joy smells incredibly, seductively, fine.

The last year was spent reformatting my life around the new information. It was like the manufacturing company finally sent me the manual for my model. The relief in being able to finally hear my engine purr with ease of use. I’m no longer grinding through the gears, anxiety held in the grooves being left by the filth of critical self recrimination– a self recrimination that seemed reasonable in the face of my “failures,” the ones society assured me I was creating.

I was different, that much was obvious, I failed to follow the “rules,” that, too, was obvious. Seems a dirty trick however to keep back the crucial bit of information. They were making it all up as they went along, demanding I believe or be offered the violence of exclusion. It would have been a dirty trick had they known any better than I did. They didn’t.

Indelibly autistic is a state of being, a joyous intensity of grace. It is a sensory wonderland in many ways. A universal exploratory foray into the patterns that make our existence so spectacularly cool.

Music has colour, texture, shape, and occasionally taste in my experience. Math combined with light is the mixed media I use to create music portraits with. What do your ears tell you?

It is a sensory wonderland, except for when it is attacked and whelmed by the “toos” and senseless rules. Then it is more a lava flow of destruction grinding new paths of raw naked existence, no salve of understanding offered for the burns caused by opinionated sparks.

Customs offered as sacred cows to my innocent misunderstanding, for unknowing slaughter and then the recriminations for the mess. I’ve wondered for a long time, how come no one ever tattoos sacred on those customary cows? How come people don’t remember what the reasons are for their bestowing of the sacred ear tag when asked to defend their stance? Faith and trust are no basis for a thorough examination, nor can they be offered as proof of worth or forethought.

The “toos” are creations of society and entirely built of fads or subjective and personal boundaries. They imply the person who is the subject of the “too” is objectively wrong to be the way they are. Too loud, too excitable, too much in her head, too much overthinking, too many hours spent daydreaming, too stubborn, too lazy, too too too too too.

Daydreaming is a way to escape into a future that is not yet present. Too loud is a function of the neurology and formation of my senses, as are too excitable, too in her head and the rest of the misunderstandings and judgment that permeated my world for so long.

I have a different operating system. It is not wrong any more than an Apple operating system is “wrong” compared to a Samsung. They operate differently, perfectly well if they are left to their own devices, disastrous when loaded onto a device they are not meant for.

A society that is essentially a current fad of thinking has no right to ask anyone to conform to find acceptance beyond the basic requirements of respect. I didn’t know this. It is a thought that would have changed my life much earlier had it been made obvious to me.

What is safe and comfortable for the neuromajority is an agony for me. From my point of view, it is a world largely made up of rules that are a hodgepodge of times and thought processes generally agreed upon.

They are glued together with often-forgotten reasons as to why they were initially formed.
This seems to be the prevailing choice, rather than choosing the simplicity of what has proven to be best practices in all areas of humanity’s habits.

Respectfully incorporating best practices into society with contagious willingness could change things fundamentally. It would eliminate the violence of exclusion.

This current choice of so many confuses me. Why would bright creative people choose to settle for a poorly constructed and difficult living/working environment? What value is there in making things difficult? How is recognizably pretty more valuable than functioning? We admire Frank Lloyd Wright for his use of function before form. Yet we choose to make society look pretty while it rots and fails so many with its inability to function well.

Lately I’ve reached one of those comfortable plateaus age can bring. I’m living in my own skin and enjoying the freedom it offers. I feel like the view has changed so utterly from what once was. This view is worth knowing intimately, it is the grace and flow of a dance I understand the shaping of. Though it wasn’t age or dancing through life that brought freedom to my door. In this case it was purely, truly understanding. Now I do understand.

Safely mundane is the cookie cutter, factory model of humanity that not a single person the whole world over matches. Ask the researchers, I encourage it. I encourage you to educate yourselves and those who still misunderstand. I am different and enjoy being so quite thoroughly. So are you different.

Just in case you missed the point in that simple sentence, I’m going to reassure myself by pointing it out plainly. This is an important thought that has recently been driven home. Did you know, not one person in our world matches the societal “norm”?

There are varying degrees of norm in all societies that are different from our perceived localized norm. Even the normals within the grouping don’t match a single common normal. It reaffirms for me we are all weird, so what difference does it make?

Shocking isn’t it, with billions of people to choose from, not one matches perfectly? To my mind it makes it a ridiculous failure of logic to think it is a goal worth trying for. More than five decades into this life, this thought became plain.

We can do better, as individuals and society. We need to do better. If we expect to surthrive the changes more comfortably and with better chance for success we need to encourage alternative process and pattern thinkers along with the neuromajority. Right now we are excluding them and “curing” them into near extinction.

We recognize bereft ecosystems, dead reefs no longer protecting coastlines, deserts no longer feeding the multitudes. Will we also recognize bereft societies and the cancer of exclusion before we have forced another generation of people to live by rigid choices made in favour of a myth/fad/ignorant society? The violence of exclusion is one we need not perpetuate. Investing in different choices is risky but far less risky than the other choices seem to offer.

Let’s offer the future an evolution past that of a goldfish being forced to climb a tree for our own subjective amusements. Perhaps these goldfish allowed to swim will offer us an adaptation of thought permitting our species a path to surthrival.

It is one now … a choice I mean. There is better information, there are other ways to interact and collaborate. You have read this. What do you intend to do? I hope you choose inclusion, it is an effective barrier against perpetuating the failed vision of a fear-based society and its unnecessary violence.

I wish you all peace in our time. 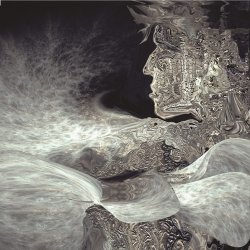 Latest posts by shannonlyonsfrood (see all)