During the Covid Crisis, Look for the Helpers2 min read

Fear is a common response to upheavals in the world. The emotional response to fear is often increased conservative baselines: people begin to think only of themselves and the people they immediately consider to be family (whether chosen or blood).

This kind of factionalism is expected and has been demonstrated in many psychological and sociological studies about fear. Yet, there are also those who seemingly have a divergence, an ability to defy this assumption that life is a zero-sum game even within crises situations.

Mr. Rogers is famous for talking about looking for the helpers in a crisis, and these helpers are exactly the kinds of people who defy the self-serving baselines of hoarding resources for one’s self.

Regardless of your political alignment, there is the truth that no human is an island: We need one another. We need the skills, thoughts, labor, and resources of other people to survive. It is the backbone of what makes us human.

In a time that is increasingly uncertain, it takes a lot to fight off the urges to only care about yourself or only care about your own family. It takes effort to not default to fear-reactions that act as if resources are scarce and worth fighting over. 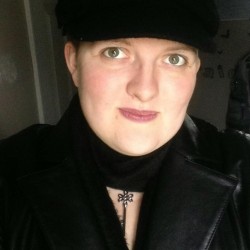