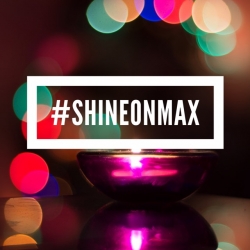 As an autistic student, I was placed in seclusion in elementary school. The effects still haunt me.

Mrs. Bradshaw was her name. She was my first grade teacher at Mountain View elementary School in Broomfield, Colorado, and she was the strangest teacher that I’ve ever known. At breaks, she would line us up at the drinking fountain and have us all count to three, and that was as long as you got to drink.

When she celebrated her birthday, she again lined us all up and had the entire class administer spankings. And, if I as an autistic child couldn’t stay on task in class, she would put me in a coat closet in the classroom.

The coat closet was, as the name implies, the room where all of the kids hung their coats. The hangers were on one side of the room, and it was a triangle in shape. You could probably fit about ten kids in there at a time.

The first in her class, she told me that she used that closet as a timeout room. I was coming from a special education school into mainstreamed education. I’d been in timeout before and had been forced to face a wall while sitting in a chair– not the most fun thing in the world, but definitely not horrible.

The Vastness of the Dark

The idea of being put into a room by myself wasn’t absolutely nasty, but the first time I acted out in class, she put me in there. Then, she turned off the lights.

There I am, an autistic six-year-old in the dark. The only light I could see was the sliver from the classroom coming in from under the door. I still used a night light at home, and I immediately got distressed. I began to whimper and cry. Upon hearing me, Mrs Bradshaw and the other children began to mock me with their own whimpers and cries.

I went silent and shut down. Your mind can fool you in the dark, even as an adult. You can’t see the edges. You tend to think that there is more vastness than there actually is. Imagine that as a 6-year-old kid who, again, still sleeps with a night-light. I thought I might be lost forever.

I don’t remember telling anybody about this, not even my mom– and I told my mom everything. But what horrible thing must I have done to receive such an excruciating punishment? I went in that coat closet more than once, but I never cried after that first time.

I could be many things, but I didn’t want to seem weak; after all, bullies were already starting to target me on the playground because of autism. I continued to sleep with a night-light until I was close to 9 or 10 years old. It took me a long time to get used to the dark, and even today I don’t like being left alone for too long.

I still to this day don’t quite understand what the lesson was that I was supposed to be learning by being locked in a coat closet. It seems more about punishment than about corrective discipline.

It wasn’t the worst discipline that was used on me as a child in the 80s. Nothing can be more isolating than the seclusion I experienced a couple years later– knowing that my other classmates had eaten a full lunch, and I was so hungry that my stomach hurt.

In second and third grade, I was part of an emotional behavioral disorder (EBD) classroom. They were using what they believed to be the most cutting-edge modalities to treat all different types of behavioral disorders– including fasting– to help keep a student on task.

I was a skinny kid until I was about seven and a half or eight. That’s when the fasting started. In order to make sure I got all of my homework done, especially if I had not done it the night before, I was not given lunch until it was all completed. Again, I was an autistic student in seclusion.

There were some days I didn’t get lunch at all, made to sit alone in the classroom, my stomach growling in protest, while my classmates got their fill in the lunch room. I would finally get the work done and my food would be so cold it wouldn’t taste very good.

Autistic and having issues with impulsivity, I would eat and eat when I got home until my stomach didn’t hurt anymore– and that’s when I started putting on weight. At present, I weigh around 370 lbs, and I’ve been over 300 pounds for most of my life.

But being shut in that closet set me up for a great deal of fear and anxiety and also a distrust of authority that I still carry to this day. Being denied food set me up for a lifetime of overeating and using food as a tool to feel in control and comforted.

Typically, the excuse that teachers and administrators use when you bring this stuff up to them after the fact is, “We didn’t know any better, we didn’t really understand what autism was!”

So they’ve ruined countless kids just like me– especially when autism is a part of the picture. They caused us to sit through many expensive hours of therapy simply because they didn’t “know what they were doing.”

I hoped that educators were doing better now by their students, and especially their autistic students. But they’re not. Seclusion is still used on autistic students all the time. The worst thing you can do to a child who already feels lonely is reinforce that belief as truth.

Mike Wise wrote this article as a commission from ICARS. You can click here to leave him a tip.

These Illinois Schools Prefer to Endanger Their Disabled Students

The Problem with ABA