My “level” has no number; not even a name—
Because it rises and falls; twists and turns;
and everything is contingent on the weather:
tidal surges; ocean currents; wind-shear;
thermoclines; geomagnetic meridians;
the confluence of rivers overflowing their banks.

It slides in underneath a cold front;
hitching a ride on the lake effect;
rushing uphill, madcap on a flying fog,
above gullies tumbled on their backs by the wind.

It dives down along the mirrored edge
of a temperature differential;
wearing the cold camouflage of a pycnocline,
below the white bellies of disinterested sharks.

It leans impassively against the tilted side
of some ancient cairn;
carrying the bag of a lost pilgrim,
beside a broken sign-post at some unfamiliar crossroads. 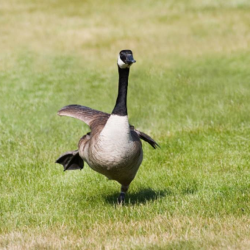 stinkyzen
An autist diagnosed later in life, with a love of reading and writing, and some fairly quirky attitudes.

Latest posts by stinkyzen (see all)

2019-11-26
Previous Post: 20 Key Things to Know About Autism
Next Post: How To Get Diagnosed #ActuallyAutistic in Just 26 Years