Parents of Autistic Children – Yes, It’s Hard, But Here’s What Can Make It Easier5 min read

If you are a neu­rotyp­ical parent raising an autistic child, let me be per­haps one of the first autistic adults you’ve ever heard say this: Yes, it’s hard.

I may get some flack for this article, but I think this is a con­ver­sa­tion we need to have.

I often see memes and arti­cles about how dif­fi­cult it is to raise an autistic child, or how par­ents of autistic chil­dren have stress levels com­pa­rable to that of combat vet­erans.

You know what, par­ents? You’re right. It’s hard. You’re exhausted, you’re scared, you’re con­fused, you don’t know what’s going to happen next or what to do. But guess what? So is your autistic child! Your little one is just as exhausted and scared and con­fused as you are (maybe even more so).

I think one of the main rea­sons neu­rotyp­ical par­ents have such a dif­fi­cult time raising neu­ro­di­ver­gent chil­dren is because they try (some­times without even real­izing it) to get their chil­dren to do, talk, act, and think like them.

I under­stand that this approach is mostly based on wanting what is best for your child. After all, you don’t want to see them hurt or bul­lied, and you want them to be happy and suc­cessful in life.

But here’s what you’re missing: You and your child are speaking two dif­ferent lan­guages, and you cannot under­stand each other.

This means you don’t even have the basic building blocks to even BEGIN to com­mu­ni­cate with and under­stand each other, and this is what’s causing the bat­tles.

Parents Are Taught How to Make Their Child Appear Neurotypical

When a child is given an autism diag­nosis, par­ents are simply told that their child is dif­ferent.  Directly or indi­rectly, par­ents are guided to do all they can to make the child “pass­able” as a neu­rotyp­ical as much pos­sible in order for them to suc­ceed in life.

However, par­ents aren’t taught the most crit­ical thing.

They are not taught what their child is expe­ri­encing and how the child per­ceives the world. If this were part of the “toolkit” given to par­ents of autistic chil­dren from the start, open com­mu­ni­ca­tion between neu­rotypes would be pos­sible without anyone having to change!

After all, how can you suc­cess­fully teach someone if you don’t even speak the same lan­guage?

Parents, it’s not fair to you that you’re not given the proper tools to learn how to com­mu­ni­cate with your autistic child and help them better nav­i­gate and under­stand their world (and yours). Also, it’s not your fault. Your doctor may have scared the hell out of you when your child first received their diag­nosis, and you’ve been floun­dering ever since.

Plus we were there on the front lines when autism was thought of as a “dis­ease” that only boys got, and this neu­rology was almost always asso­ci­ated with a near-complete lack of ability on the part of the autistic person to under­stand and com­mu­ni­cate.

Which means those who did have the diag­nosis were wrongly treated as though they were inca­pable, when they just didn’t fit into the neu­rotyp­ical par­a­digm, and people like me, a late-diagnosed female autistic, were just written off and pun­ished for “acting weird on pur­pose”!

We couldn’t win, and we have the scars to show it– and believe us, we do not want your chil­dren to expe­ri­ence the same hor­rors!

Learn How to Work With Your Children, Not Against Them

When you talk with autistic adults who are open to the idea of helping you nav­i­gate the autistic world (not all of us can do it, but there are some who do, like me), you will learn how and why your child does, says, or reacts to things the way they do. You’ll under­stand the autistic mind and our neu­rology, and come to under­stand it as a lan­guage that is simply dif­ferent from your own.

Having this per­spec­tive will help you to stop unwit­tingly working against your child by trying so des­per­ately to have them think, talk, and act like a neu­rotyp­ical person. You won’t get angry as easily, because you’ll stop ascribing neu­rotyp­ical inten­tions to your autistic child.

Here’s one example of what I mean by ascribing neu­rotyp­ical inten­tions:

An autistic child may jump and startle easily because you walked into a room unex­pect­edly. This may make you think that they did some­thing against the rules that they are now trying to hide.

When you con­front them about it, the autistic child may be unable to speak, or start stam­mering and moving their eyes around all over the place.

Their rou­tine has just been inter­rupted, and they didn’t see you standing there. Now, because their ner­vous system lit­er­ally won’t let them, they can’t convey this infor­ma­tion to you ver­bally, and the frus­tra­tion, cou­pled with your accu­sa­tions, might cause a melt­down and fur­ther alienate you from your own child. Trust will be lost on both sides from a simple mis­un­der­standing.

That is just one example of hun­dreds of ways that an autistic person will speak, act, and behave in a way that means some­thing com­pletely dif­ferent for us from how it would for a neu­rotyp­ical person.

Again, it is essen­tially a dif­ferent lan­guage, and we autistic adults are fluent in it. So, please, where we are avail­able, ask us ques­tions. Most of us are pretty blunt and forth­right, and we will explain to you what’s hap­pening from your child’s per­spec­tive.

Once you learn how to speak our lan­guage, you can teach your child to under­stand your lan­guage (neu­rotyp­ical behav­iors and moti­va­tions), and you’ll even­tu­ally both be on a more level playing field.

And on a level playing field, bat­tles stop and healing begins.

Editor’s note: There is a Facebook group named, “The Aspergian has an article for that,” where many of our contributors are available to answer your questions. It is open to autistic and non-autistic people and provides a safe space to ask questions and seek feedback. 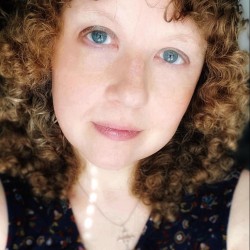 Jaime A. Heidel - The Articulate Autistic

Hello, I'm Jaime A. Heidel, The Articulate Autistic. I was diagnosed on the autism spectrum in 2015, at the age of 35. In addition to being on the spectrum, I also have OCD and PTSD. I am VERY grateful that the Aspergian team invited me to join this amazing group of neurodiverse people from all walks of life. In addition to writing, I also have a YouTube video series called "Why Autistic People Do That", so feel free to check it out! Also, I'm a member of the LGBTQ+ community, and I identify as a queer femme.
Buy Me a Coffee

Latest posts by Jaime A. Heidel — The Articulate Autistic (see all)