Jacob’s number one spe­cial interst is foren­sics, and he has a habit of get­ting involved in local crime scenes and offering unso­licited advice to the police. His favourite pas­times include studying fin­ger­prints, con­structing fake crimescenes to test his fam­i­ly’s inves­tiga­tive skills, and watching reruns of Crimebusters, a fic­ti­tious TV cop drama.

However, the tables are turned when his social skills tutor, col­lege stu­dent Jess Ogilvy, is found dead, and Jacob becomes the prime sus­pect in her murder.

The novel is written from the first-person per­spec­tive of sev­eral dif­ferent char­ac­ters, rotating from chapter to chapter. We grad­u­ally come to learn of the inner mental strug­gles of everyone involved–their feel­ings, desires, fear, and prej­u­dices. Theo is shown to have some chal­lenges of his own, often feeling ignored and neglected due to his moth­er’s over­whelming focus on Jacob.

Emma is char­ac­ter­ized by her fears and regrets–the regret of losing her hus­band, the fear of finding new romance, the fear of how to handle her sons, the fear that Jacob might actu­ally be a mur­derer, and the regret that Jacob’s autism was her fault.

The over­ar­ching theme of this book is frus­tra­tion and mis­com­mu­ni­ca­tion. Frustration on the part of the reader, since the char­ac­ters con­stantly seem to do the wrong thing and miss obvious solu­tions. Miscommunication on the part of the char­ac­ters, since their mis­for­tune is largely due to failing to speak up, not lis­tening to each other, and being afraid of the truth.

On a pos­i­tive note, I believe this is a fairly real­istic por­trayal of family life in the home of an autistic teenager, and any autistic person, espe­cially someone who has been the sub­ject of false crim­inal sus­pi­cions, will likely sym­pa­thize with Jacob’s predica­ment.

Emma is a deeply flawed char­acter, but I think also relat­able and honest–she is prob­ably typ­ical of a mother who has been bom­barded with autism cure mis­in­for­ma­tion since her son was diag­nosed and has never been exposed to an opposing view­point.

On the down­side, it doesn’t seem like the author is sup­portive of the neu­ro­di­ver­sity move­ment. Emma repeat­edly dis­cusses cures and spe­cial diets, and these views are rarely ever chal­lenged.

In one bizarre scene, some autistic self-advocates show up at the Hunts’ house with lit­er­a­ture on neu­ro­di­ver­sity, and Emma tells them to go away. The idea that Emma would be dis­mis­sive is cer­tainly believ­able, but the nar­ra­tive por­traying the advo­cates as know-nothing inter­fering kooks is inex­cus­able.

The biggest problem, by far, was Jacob’s seemingly-total lack of agency in his own life. This could be read in two ways. One could read it pos­i­tively as showing the struggle faced by an autistic youth, who, even as an adult, is treated as a child; and everyone talks over him, dis­trusts him, and fails to rec­og­nize his autonomy.

One could also read it neg­a­tively, as the tragic story of a dis­abled person who is unfairly sub­jected to adult laws and expec­ta­tions while having the social skills and rea­soning abil­i­ties of a child. In the end, it’s up to the read­er’s inter­pre­ta­tion.

I would heartily rec­om­mend this to most autistic readers, with the only caveat being that it could be trig­gering for anyone who has had neg­a­tive expe­ri­ences with the police and/or jus­tice system. It is well-written from a lit­erary stand­point, and is an impor­tant window into the minds of neu­rotyp­i­cals, and how they per­ceive us as autis­tics.

My rec­om­men­da­tion for neu­rotyp­ical readers would be much more hes­i­tant. For strong allies of the neu­ro­di­ver­sity move­ment, go ahead. For anyone else, espe­cially par­ents of newly-diagnosed autistic kids, I would strongly sug­gest not reading this until you have a better back­ground in neu­ro­di­ver­sity. The nar­ra­tive of autism demon­strated in this book, even if indi­rectly, could be harmful to someone who doesn’t have the tools to read it crit­i­cally. 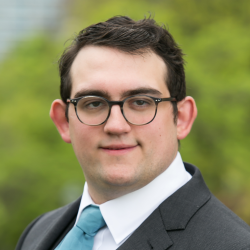 2019-08-06
Previous Post: Parents of Autistic Children – Yes, It’s Hard, But Here’s What Can Make It Easier
Next Post: Poetry: Autism Is Invisible