I know the look. The look that says, “Oh gawd, you’re one of those per­mis­sive par­ents…” It’s the look insin­u­ating you’re raising the next Veruca Salt. That look demanding you get that child under con­trol. The one aghast anyone would let their child get away with that. It’s a look that slaps you with judge­ment cold and harsh; you’ve come up short.

I can pic­ture that look on my brother’s face. No allowances for the severely jet-lagged 3‑year old or her par­ents who just flew half-way around the world to cel­e­brate his wed­ding. No patience, under­standing, or sup­port. Just pure, unadul­ter­ated horror at my child’s behav­iour and our resigned attempts to redi­rect her spi­raling rage.

Back then, we had no idea what we were dealing with. We knew we had a spir­ited child who never stopped moving, rarely slept, was unin­ter­ested in toys, and raged to frighten the devil. It was many years before the word “autism” echoed through our home and news­feeds.

Floundering new parent attempts to solve one problem only opened a door to a host of new ones. Our laments were met with alter­nating responses of “Oh, you’re just over­re­acting, all kids do that!” and blame, blame, blame, blame. Clearly, we were doing every­thing wrong.

When she was having a good day, it was a very good day, but when it was a bad day, her moods were wicked. Never inten­tion­ally wicked, that much was clear to us; but the inten­sity with which she resisted doing any­thing, even that which she wanted to do, was end­lessly baf­fling.

Child care pro­fes­sionals, child health nurses, doc­tors, people with many chil­dren– no one could make sense of why this per­fectly joyful and exu­berant child would sud­denly fly into a blind rage and flatly refuse to coop­erate under any cir­cum­stances.

I worked out a for­mula for what was nec­es­sary to limit the like­li­hood of an explo­sion: ade­quate sleep, plus advance plan­ning, suf­fi­cient food, and some­thing that would allow her to shut out the world could get us over the line. If I ran myself ragged aligning the stars, we might make it through a public expe­ri­ence before the screaming started. It was never a matter of if, only when.

One by one, the chil­dren around us, the ones with whom she con­nected, started receiving their autism diag­noses. I read more about it, won­dering if that might explain our sit­u­a­tion, but she didn’t fit the pro­file.

She was talking at 2, was engaging and inter­ac­tive with many people. I couldn’t find a pat­tern. Then I stum­bled across a web­site detailing the hall­marks of Pathological Demand Avoidance and was hit by a flood of recog­ni­tion.

The pat­tern was sud­denly so clear. All the dis­parate frag­ments aligned into a pat­tern I could never quite artic­u­late. My charming daughter was finally revealed to me in her entirety, and I wept.

The thing that was so con­founding about her behav­iour was the wide range of social strate­gies used to avoid a demand. It is worth clar­i­fying here that “demand” is a very broad descriptor, including internal (e.g. elim­i­na­tion, hunger, tired­ness), per­sonal (e.g. wanting to com­plete two dif­ferent activ­i­ties), and external (e.g. a direct or indi­rect request).

This is baf­fling to observe and chal­lenging to describe. It’s hard to imagine actively working against doing some­thing you actu­ally want to do. The wild array of avoid­ance strate­gies just com­pounds any efforts to find a pat­tern. An avoid­ance scene might start with dis­trac­tion, morph into resis­tance, then finally erupt into rage.

The same demand on another day might bring an entirely dif­ferent avoid­ance evo­lu­tion, although if mis­han­dled, almost always ending apoplec­ti­cally.

For years, I let others dis­parage me and became con­vinced her behav­iour was all my fault. I absorbed the notion that I was inad­e­quate, despite my relent­less efforts to be fair, firm, and respon­sive. I don’t know if I ever would have been freed from the prison of self-deprecation were it not for my second child. She’s now 3 and proves to me every day that I’m a decent mother.

When she has a tantrum, we can respond the way the par­enting books advise and she gets over it. She calms her­self down and apol­o­gises for any­thing nasty she did when she was out of con­trol. We have a cuddle and all is right with the world. She’s stub­born and head­strong, but she can be con­vinced to be helpful and coop­er­a­tive without the world screeching to a halt.

As a tired parent jug­gling the demands of mul­tiple jobs, house­hold, and two very dif­ferent chil­dren, it is admit­tedly dif­fi­cult, if not down­right impos­sible, to think on my feet and con­stantly modify my response to the shifting sands of my daughter’s demand avoid­ance.

Sometimes I need com­pli­ance so we can get out the door, some­times I need silence to manage my own sen­sory issues and avoid melting down myself, some­times I need con­trol because every­thing feels like it’s spi­raling away. But I’m trying to learn to bal­ance our apparently-conflicting needs by shifting the focus to our shared needs.

My oldest daughter is not a selfish, self-absorbed brat. She is not naughty. She is thoughtful, deeply insightful, curious, and artic­u­late. She car­ries the weight of the world on her shoul­ders. She is rid­dled with anx­iety. She needs to feel con­trol in the external world because every­thing feels so out of con­trol inside.

So, don’t give me that look. Don’t judge me before you’ve walked a mile in my shoes. No one is a per­fect parent, but I’m the most per­fect parent for her. I’m lis­tening, feeling, and holding her hand through this mine­field she’s nav­i­gating. 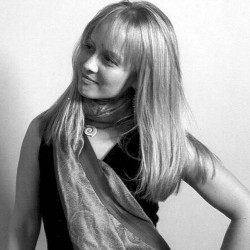 2019-07-27
Previous Post: Darkest Before Dawn: Autism, Ableism, and the Rise of the Neurodiversity Movement
Next Post: An Introduction to Neuroqueer Theory