On Being a Father, and the Son of a Father, on the Spectrum

I am a father, and I also happen to be on the spectrum, and it’s pretty obvious that my late father was on the spectrum, too. He had been a war veteran, a police officer, a much-respected educator, and a shockingly unsuccessful businessman, in that order.

He was a “man’s man” and a law-abiding citizen. Both clever in unexpected ways and utterly clueless in others, specially in terms of relationships.

There is much about my father I’m proud of, but my relationship with him was not an easy one. I carried plenty of emotional baggage because of this. It made me doubt my own adequacy as a future father, even though, ironically, I never doubted that I indeed wanted to have children of my own.

One of the most troublesome aspects is that I reluctantly recognized, as different as we were from each other, that I also struggled with some of the same issues he obviously could not overcome on his own.

There was not one single event or offense, but rather the accumulation of disappointments, let-downs, failures of communication, and emotional unavailability that eventually led me to cut off communication with him for more than five years!

I did have childhood memories of him that I treasured; he made history come to life, and he loved music even though he was basically tone deaf. I enjoyed sharing these things with him. But I felt that somehow I had lost him along the way. And there was a darkness of sorts within him that I just could not understand but from which I was mostly shielded by my older brother and mother.

My father did not have access to the resources or understanding of neurological differences we have now. He had to go through life without a “User’s Manual” to his neurology. It seems likely that this contributed to my father having plenty of baggage of his own to carry around. And he was at a loss about how to deal with it, or how to let it go!

He was at least partially oblivious as to why many of the things he did were such huge mistakes. Even more troubling, he kept indulging in some self-destructive behaviors, although he always remained a busy man with a strict routine and work schedule.

In some thirty years, I could not recall him ever shedding a tear, not even when his mother passed away, or successfully expressing many “appropriate” emotions. Even when he finally expressed regret for divorcing my mother, he made it sound like it was a “bad business decision” or something.

I only learned about his feelings for my mother thanks to his younger sister, who described to me a sobbing, heartbroken man, who I struggled to even imagine was the same man I knew as my father!

I had come to realize that it was best for me, for my own sake, to reach out to him and try to reestablish communication. But he beat me to it! One fateful day, I received a phone call from a number I did not recognize immediately. It was him, and he rushed to tell me, as if he was afraid he might not have another chance, that he loved me and missed me.

He even said things that I thought would never come out of his mouth voluntarily! That he was terribly sorry for hurting me, that he hoped for forgiveness. He admitted to several past mistakes, and he expressed how much he hoped we could stay in contact and mend our relationship.

In future conversations, I gained more understanding about this complex man who was my father, including some of his own emotional wounds and how even at his advanced age, he had decided to put effort in somehow working through this, even if just with limited success.

A part of me will always grieve for the missing years, and even for the gradually eroding relationship before that five-years-plus gap. And for the fact that it could have been so much better if only this or that. I can’t ignore all the sadness and loneliness of his last years, either.

But in his reaching out to me and rekindling our relationship for those few years before his passing, he taught me some great lessons, perhaps his most important ones! 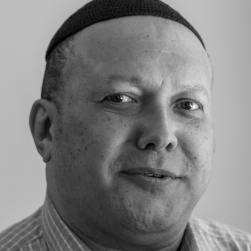 2019-07-04
Previous Post: A Mother’s Fight Against Court-Ordered ABA
Next Post: Autistic Skill Sets: A Spiky Profile of Peaks and Troughs