Autistic Character: An Unkindness of Ghosts 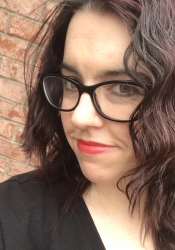 I was assigned An Unkindness of Ghosts by Rivers Solomon for my sci-fi class last semester. Within a few pages of beginning to read, I was scribbling notes in the margin.

I figured I was imagining things. I do have a tendency to diagnose women in books, especially if they are characters to whom I relate. However, after finishing the first chapter of Unkindness of Ghosts, I did a quick Google search, and I quickly discovered I was right. The author talks about the labels applied to their characters in this interview, and they include Aster as autistic.

Here is a passage from early in the book (page 23 in my edition), a passage where another character recognizes Aster as autistic, though that word doesn’t seem to be a part of their vocabulary:

“You’re a little off, aren’t you?” The woman grabbed Aster’s chin, turning her face so they were forced eye to eye. “You’re one of those who has to tune the world out and focus on one thing at a time. We have a word for that down here, women like you. Insiwa. Inside one. It means you live inside your head and to step out of it hurts like a caning.”

Aster had been called worse.

Insiwa…. yes, I too have definitely been called worse.

My seeing of myself in Aster came even earlier, however, on page 11 of my copy, which is only the third page of the story itself:

“… speaking more harshly than intended. This close to the end of the day, she lost the ability to modulate her naturally abrupt manner for the comfort of other.”

In the margin, you will find the first of many inked instances of the phrase “me too.”

“Aster was always memorizing new ways of being with people.”

“Bouts of mutism. Bouts of the very opposite: raving and raving and endless raving.”

“She’s keen on schedules and keen on people sticking to them.”

“Mimicry reminded her how to use words.”

And one last quote before I just post the whole book here:

“It was like what Aint Melusine was always saying, that Aster was one who looked sideways, or one who saw through the corner of her eyes. When you saw the world sideways, you couldn’t always get a proper handle on things.”

Neurodiversity was intentionally a part of Solomon’s story. They wrote Aster to be exactly as I found Aster to be, Autistic.

Though the label is not applied to the characters, there are definitely two characters that exhibit many autistic traits, and their neurodiversity is not danced around in the story. Aster and Theo (the surgeon) are clearly different, and also clearly not less than those around them.

As a matter of fact, their special interests and some other neurodivergent traits are what draw them to one another and to the ultimate conclusion of the story, but I will leave that for you to discover.

There is a wide range of diversity in An Unkindness of Ghosts, from neurodiversity, to racial diversity, to diversity of sexuality and gender identity. There is fluidity and freedom amid judgment and oppression.

It is very definitely a world filled with the horror of slavery that existed in the American South, along with classism, sexism, and all the other isms. It is a hard book to read, in that the author does not hold back on the truth of their subject matter. And yet…

This book made me so happy.

I looked forward to every day of class in which we discussed Unkindness. It opened the door and allowed me to talk about being autistic with an entire room full of people who actually listened.

Another student approached me one day to tell me about his own Asperger’s diagnosis, and we shared experiences back and forth. I got the chance to feel accepted in that environment, thanks to Aster’s character on the page.

I have tossed some quotes into this post to give you an idea of Aster as an autistic woman, but her neurodiversity is not limited to these sound bite pieces of personality. As I read, I found her to be a whole person, not someone’s idea of what an autistic woman must be like.

On top of this, Aster is a woman of color. I am going to leave this part of her identity to bloggers more qualified to write about the experiences of autistic women of color, but I didn’t want to go without mentioning it. Aster offers representation for a variety of identities.

With this single book, the simple and yet complicated art of creating a character so real I feel like I could be her, Rivers has won me over. I will read every book they write from now until eternity.

Editor’s note: If you wish to purchase this book, help out The Aspergian by using our affliate link below.

Heather Truett
Heather Truett is a mom to teen boys, a full-time college student, and a slightly heretical pastor's wife. She publishes poetry, fiction, and essays.