“Why didn’t you tell me?” – On why anxiety stops us from sharing our struggles. 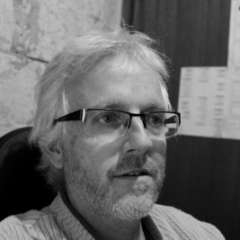 For many people with an Autism Spectrum Neurology, anxiety is a constant companion.  Confiding in others when our anxiety compounds– especially for a specific problem– can be difficult, even with someone we trust.

For the last couple of years I have been in a relationship with a woman who is an excellent listener. She is objective, supportive, and empathetic. I can trust her that I can be open and honest without fear of backlash. So, you’d think I’d have no trouble opening up and sharing problems with her. And yet I still do.

In March, I was struggling with a big decision on whether to continue a university course I’d just started studying.  I was experiencing significant and debilitating anxiety over assignments.  Writing anxiety is not a new experience for me.  For example, in 2001, it took me most of the morning to write an email whereas my boss said it would have taken him 10 minutes.  That’s when I started to realise that I really was wired different.

On this occasion, I had spent more than 20 hours across a weekend writing around 800 words for an assignment.  That’s less than one word per minute!  Writing something like that can be, for me, like trying to run a marathon with a broken leg. Consequently, I started to question if I should continue with the course if this writing anxiety was going to be a constant problem.

As further proof of this struggle with writing, I started this article that same weekend and have worked and reworked it numerous times, and I’m only just finishing it more than seven weeks later. 900 words in seven weeks! And even now, as I’m about to hit the publish button, I dread it may not be right and some bleedingly-obvious mistake of argument or grammar remains.

So, there I was struggling with the decision of whether it was worth continuing studying for another five years with the high anxiety of written assignments. And yet, I didn’t want to tell my partner, despite her being such an objective and supportive listener.  I imagined her afterwards asking, “Why didn’t you tell me? Why didn’t you tell me what you were struggling with?”

So, I thought about it.  What was blocking me?  Why do I not confide and seek help and support from those close to me when I’m struggling? And I’m sure I’m not alone in this struggle.

Here are some reasons I came up with.

I don’t know what I want you to say.

This was the first reason I came up with, which is interesting in itself.  I want your support, but I just don’t know with what yet. I don’t know if I want encouragement to continue or stop; for or against.

I haven’t worked it out enough to start

Following on from that, I might not have worked it out enough in my own head to begin talking about it.  Sure, people will say talking helps with understanding and clarity.  But…

I don’t know how to start the conversation.

This is similar to the previous; however, I might know what I want to say, but just don’t know how to start.  Often, it just doesn’t feel like the right time. Or because it is a big thing, it really is hard to start.

Once I tell you, you’ll want updates.

I might want to tell you things but in my own time.  If I tell, will you want regular updates?  Will I want to talk about it when you ask for updates?

I didn’t want to upset/disappoint/burden you.

Is this more my ego?  Is it that I didn’t want to look like a failure to you?  I know you had shown admiration and encouragement, so if I give up and don’t sound convincing enough, will you think a little less of me?

It sounds like BS when I tell other people.

It’s hard enough to convince other people I have a problem when I even doubt myself that it really is a problem.

You might try and talk me into “hanging in there”.

In life we fight through many tough situations.  Afterwards we wonder how, but we get a buzz for having done so.  But when we’re in the thick of it, it’s common and easy to think and feel there’s no way through, no alternative than giving up.  When I’m feeling like that, I often don’t want to hear from someone telling me to “stick it out” or “hang in there.”

Why would I want to do that?  Why would I want more of this anxiety?!  At those times, it’s really hard to believe in the “light at the end of the tunnel.”  Even if all this struggle with my study will be over in five years, and I will be proud of my achievements and excited about what I’ve learned… why would I keep putting myself through this now?

We see all these promotions, ads, and self-help memes telling us to speak up, tell someone, and so on, but it’s not that black and white.  We do have reasons. Anxiety can and does undermine best intentions.

In my previous relationship, I thought it was because that trust was broken that I wasn’t sharing my struggles with her. Yes, of course, that was a factor.  But I now see even in a strong and healthy relationship with someone I trust, anxiety– and my manifestation of Asperger’s– can still make me withdraw and stop communicating.

So, if someone doesn’t talk to you about a problem they’re struggling with, don’t take it personally.  Maybe they have the same reasons I do. Maybe, and likely, they have other reasons, too.

And maybe for Aspies who experience Asperger’s/Autism similarly to me, who like to resolve things in our heads first, who process incessantly– which may be considered a form of echologia (such as excessively replaying arguments, scenarios, or conversations over and over in our minds)– that’s what works for us.

But most importantly, it’s not personal.

Note: This is the author’s own experience of Asperger’s and should not be interpreted as defining Autism or Asperger’s. Autism/Asperger’s manifests and presents uniquely in each person.

chrishoward
Diagnosed Aspergers 10 years ago at 45. Web developer, graphic designer, all 'round nerd.

Latest posts by chrishoward (see all)