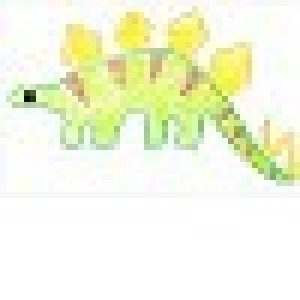 It’s my island, mine alone, so I’m alone.
Singing to myself and the sea.
With equally endless ever-churning fractal blacks above and below me.
And the pattern repeats, too far out for me to see, but there must be an infinity of islands just as isolated.
And the pattern repeats, inside my mind, infinitesimally across the synapse gaps between a hundred billion neurons.
So I sit and consider.
No way I can swim, even assured I’d see shore before I sank.
And if I try and scream?
But who’d hear before I broke my throat?
I can only compile contemplations of complete isolation.
All potential lacking action, surrounded by water so nothing gains traction.

My eyes catch on crimson, a barbed kind of bright I can’t pull out of my sight.
So I’m stuck staring at a balloon as it bobs up and down over the horizon.
I reach out as a reflex nearly wrenching my arm from it’s socket, only to end up no closer.
But I see it float towards me, effortlessly, with purpose and pride. Until it stops still.
As if inspecting me in my introspection, unsure of mooring anymore. Still agonizingly above and out of my grasp.
I ask it to come closer, no answer.
No reply after my second try, either.

So I lash out, take a running start and with every ounce of strength I pounce.
It pops, unable to weave out of the way.
No sooner am I alone in the air than I’ve found the ground again. Only this time I’m clutching shreds of ripped rubber, already wrinkled and retracting, soon rotted away.
Inside is my prize, a little putrefied but preserved enough for me to read the words.

I’m unsure how long I’m sat in silence, wrapped up in the writing.
I can’t make sense of how close a stranger came to me without my knowledge.
But whoever wrote this knew me and intimately.
I’m reading and rereading each line and every time I’m more sure I’ve been seen right through so thoroughly.

That’s how I know I’ve no choice but to lend my voice to a cause I can’t quite comprehend.
To be a stranger’s friend.
I’m to tell them, we’re alike whether we like it or not, that they aren’t the only lonely one.
So I sew back together the scraps of crimson skin.
I tell this shell my secrets, about the hell I dwell on and in and how there’s a howling abyss I’d be remiss not to mention.

Finally I feel the tension, as the balloon begins to tug up and we both feel at least a little lighter.
I watch it, and smile as it sways its way away and skyward, to brighten someone else’s day.
And I reflect, on the thoughts inside.

It’s lacking the essential essence of elegance or eloquence to be anything other than ugly.
Just like me.
I can’t let it get loose out there.
I need a snare to snap it back and before I lose track.
Without thinking I’ve grabbed a nearby spear and sent it soaring.
It pierces the ballon with perfect precision, sending it sinking as all my secrets spill out unsightly but at least unseen by anyone but me.

So I slump,
unsupported by the sudden silence after that burst of passion and violence.
My own words long gone and the warmth I felt from others faded. Leaving me cold, green with envy and jaded.
I should have known I couldn’t compare to that flair so obviously there in other people.
So instead despair.
And the pattern repeats, repeatedly.
No reason to expect any events else than these.

Until a pill appears, citalopram, appealing as a potential panacea, for all my ills.
Once a day, with water.
So I swallow.
Ready to no longer wallow in my miasma.

The sea is somehow blacker back here, with writhing tide that won’t subside.
They lied!
Someone ripped out the stitching where the sky was scared so old and faded thunder could be rebled but so much more red.
The storm inside my head restarts and spreads out to my other parts. The nausea is renewed so as to always be so vividly vibrantly new to me.

I barely move.
But the next day,
once more with water.
And the pattern repeats, with permutations, so preparation is impossible.

I write down the details of the defects detaining me.
I don’t notice all the balloons I inadvertently inflate fill, until I see them float free over the sea.

I don’t know what’s different,
or why I adapt,
but I do. 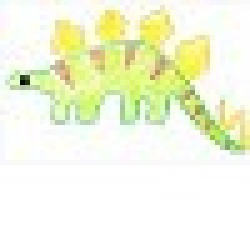 avouleance
Avouleance is a writer looking to explore experiences with different mental health conditions through poetry and prose in various places online, while doing a research masters in chemistry on the side.

And buy them a coffee here
https://www.buymeacoffee.com/KhFxtlq4H

Latest posts by avouleance (see all)