On Connection and Loss2 min read

I don’t easily arrive at an emo­tional con­nec­tion, but once I let my guard down and allow that con­nec­tion to flourish, it is hard and fast. It’s sim­ilar to a car going from zero to ninety, pedal to the metal, except with an even faster accel­er­a­tion rate.  Think rocket thrusters.  There is only first gear and full throttle for me.

This is true of friends, family, romantic inter­ests, and even jobs. One reason for this, as an Aspie, is my intensely-amplified ability and desire to hyper­focus on what/who inter­ests me. Another reason for this is my craving for con­nec­tion and belonging, which is hard to find since there are so few people out there who have the ability to relate to me.  Letting go is very hard for me, to say the least.

If some­thing goes wrong in a family rela­tion­ship, I will feel that the con­nec­tion will never be the same again. If they’re imme­diate family, I will fear having to still face them, no matter how painful.

If the problem is in a friend­ship or rela­tion­ship, I obsess over what I may have done wrong. I will wonder why they so easily dis­card me after what I still per­ceive a pleasant and mutually-satisfying con­nec­tion.

If it is a job I have grown accus­tomed to and take pride in- a job that I’ve held for any decent amount of time- it feels like a loss of rela­tion­ship. It’s as if I per­sonify the job.

I sup­pose after all that said, it isn’t sur­prising that I would avoid con­nec­tion until the desire for that con­nec­tion out­weighs the fear of losing it. It may not seem it to the onlooking world, but a lot of thought goes into whether I pro­ceed with a desire for close con­nec­tion before I allow it to flourish. Maybe instead of accel­er­ating, I should learn to put on the brakes or even put it in reverse.

Until I figure out how to do so, dis­con­nec­tion is my kryp­tonite. 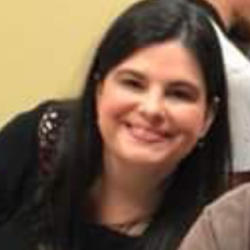 I am a wife, mother, Jesus follower and Aspergian (Aspie) who just so happens to love writing. I express myself best in written words 🙂