I was relieved because it gave me so many answers to ques­tions that had always plagued my exis­tence, but it left me vul­ner­able.  I was sud­denly without armour, a bundle of raw and unpro­tected nerves.

An Autistic’s life can be very lonely.  Mine was.  I never fit in, and I didn’t know why.  I have been lonely all my life. I have severe social anx­iety, so I dis­tance myself from people as much as pos­sible.  After real­izing I had autism, I felt even more dis­tance, and the fact that I was so dif­ferent from everyone else came to the fore­ground of my con­scious­ness.  At first, I with­drew into deep iso­la­tion.

My first break­through into real­iza­tion hap­pened in coun­seling when my ther­a­pist said she thought I might be autistic.  I went to the psy­chi­a­trist and asked for a diag­nosis, and the process took  nearly a full year.  The wait was long and full of uncer­tainty, a feeling dif­fi­cult for autis­tics to tol­erate.  It was also dif­fi­cult to rely on the time­line and the dis­cre­tion of someone I didn’t know for some­thing so deeply per­sonal.

Finally, the results were in.  I passed with a glowing report.  A for autistic.  Once I found out that I was autistic and started to under­stand why I was as I am, I real­ized how much the rest of the world is such an odd place.

Not liking being around people or feeling safe around them, I reached out to online autism groups and found very useful infor­ma­tion and a lot of friendly people to chat with who were also autistic.  There, I made a few very good friends.

I then came out as autistic to the land­lady and a few of the local drinkers of my favourite quiet pubs.  They accepted me for who I am.

I wanted to meet other autistic people to feel that con­nec­tion and relat­ed­ness in a social group where people under­stand me and the strug­gles I face.  Living in Wales, I have access to sup­port from the Integrated Autism Service, but I wanted a local, informal sup­port and social group.

At first, I was dis­cour­aged.  It’s easy to feel like a per­petual victim barely treading water when you’re autistic.  People don’t believe your dif­fer­ences or make room for them if they can’t see them.  If I were blind with a walking stick or in a wheel­chair, I think the world would be more sym­pa­thetic.  But, the only dif­fer­ences they can see are in my behav­iors, speech, and man­ner­isms… and to them, it just reg­is­ters as dif­ferent.

Different from an adult male equates to threat­ening for most people.  I’ve seen many times in the autism groups where people have been harassed by offi­cers or kicked out of stores because others could read that they were dif­ferent.  I’m afraid to take ini­tia­tive or to put myself out there because I have been hurt and rejected so many times.  It’s hard to think of your­self as any­thing other than defec­tive, broken, or ridicu­lous when the world treats you that way.

But, I had spent enough of my life not wanting to be alive and not truly living.  I’d spent enough time sticking to the shadows and trying to be invis­ible.  I wanted to do some­thing for other autis­tics out there who might have been feeling the way I was.  So, I did some­thing that was ter­ri­fying and unset­tling and felt like an enor­mous risk– I asked the Integrated Autism Service (IAS) to help me create a social group.

I have the autism-friendly pub as a safe place, with me being the only known autistic there.  They don’t mind if I just sit in the corner.  They accept that I join the con­ver­sa­tion when I am able and don’t think I’m being rude or unfriendly if I don’t par­tic­i­pate more, and they realize that just being around them is my way of social­izing as much as I can.  It’s a great com­fort to me to be around people who are accepting.  Even when we’re not talking, it feels like we are com­mu­ni­cating some­thing more honest and real than words and lan­guage.

At this pub, I will hear some­thing that feels like a topic I can con­tribute to and join in the con­ver­sa­tion for a while; then, I get worn out and sit down in my corner again.  No one there penal­izes me for this, and they are even pro­tec­tive of me when new people come around.  Because they nor­malize and humanize me and show tol­er­ance for my dif­fer­ences, it sets a social example for other people to do the same.

I fig­ured that since the staff and reg­u­lars had been so accom­mo­dating to me, the pub would be the per­fect place for this kind of meeting.  The land­lady enthu­si­as­ti­cally agreed to host a group on Tuesday after­noons (the qui­etest, most-autistic friendly day) for free.  Even better, she has also declared the pub a “safe space,” some­where autis­tics and anyone else needing help can find a safe space to hide, recover, find help, or be served with respect and accep­tance of their dif­fer­ences.

It’s a win-win sit­u­a­tion.  The pub will have more busi­ness on their slowest day, and we autis­tics can have a quiet place here we can adjust lighting, music volume levels, and seating arrange­ments, etc. without feeling that we are too much of an incon­ve­nience for the staff.  The first meeting of the group will be in mid-January.

It’s not healthy to be alone in this world, and your courage to make a dif­fer­ence may have a huge impact for someone who really needs to find a place of sup­port and the cama­raderie of other people who speak their lan­guage.

I will have sup­port from the IAS to start the group, but after it’s estab­lished, I will be run­ning it on my own.  Once I know more about run­ning a group, I will be here to help others start up their own groups. 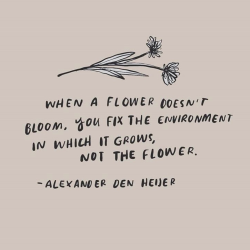 Latest posts by leonar­doyeates (see all)